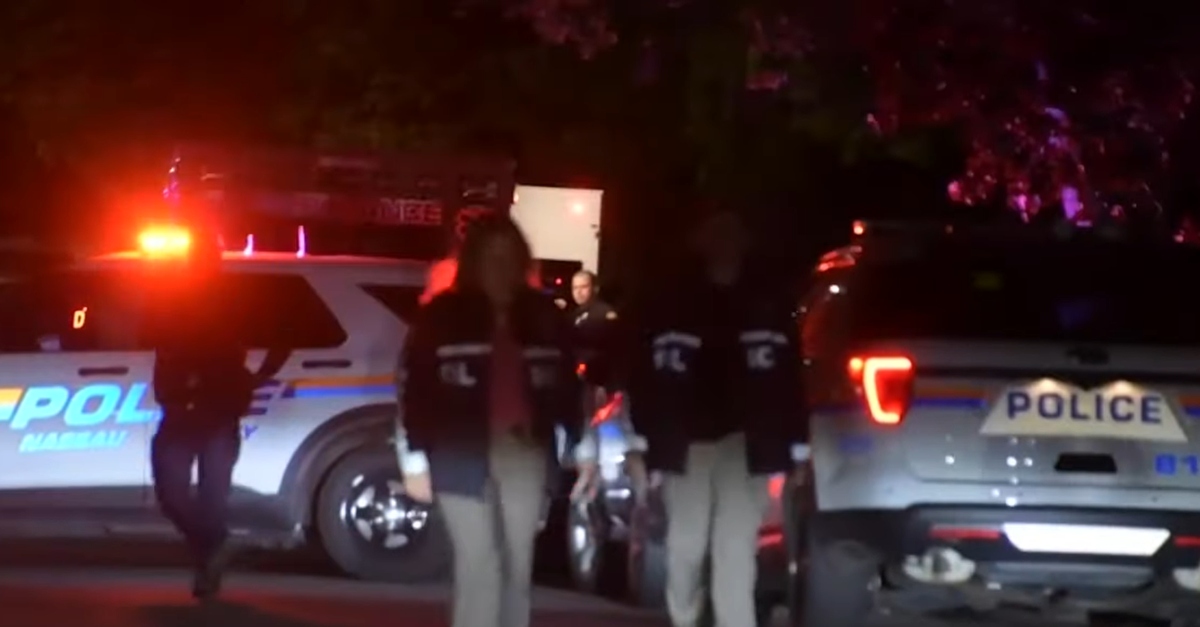 An off-duty New York City Police Department officer has been charged for allegedly killing his friend. He is Errick Allen, 26.  The defendant faces a count of second-degree murder in the death of Christopher Curro, 25.

The Office of New York Attorney General Letitia James previously took over the investigation because it involved a police officer allegedly causing the death of an unarmed person.

“We trust our police officers to protect the safety of New Yorkers, but instead, this individual allegedly betrayed that duty to end another man’s life,” she said Thursday in a statement obtained by Law&Crime. “My office is committed to ensuring justice is served and that no individual is above the law.”

By all accounts, Curro and Allen were friends. But that ended when the defendant allegedly shot the victim in the head during a fight in Farmingdale on May 12. At the time, detectives were told the cop was trying to break up a fight between friends Tuesday night, according to the police account in WABC.

He was shot dead by his best friend, an off-duty NYPD rookie cop.https://t.co/OaMGH6Ssuo

Allen was identified as a rookie assigned to the 109th Precinct in Flushing, Queens, sources told the New York Daily News.

Curro’s stepmother said that, based on what she heard happened, the shooting was an “execution.”

Spoke to the stepmom of the #LongIsland man who was shot dead by NYPD Officer Errick Allen — his “best friend” — on Tuesday night. She says her stepson was shot five times, but can’t understand why.

The defendant allegedly went back home after the shooting, and told his father what he’d done, according to the article.

“I appreciate it, but it’s a dead end,” an older man at the residence reportedly told a journalist. “Don’t come here. Thank you very much.”