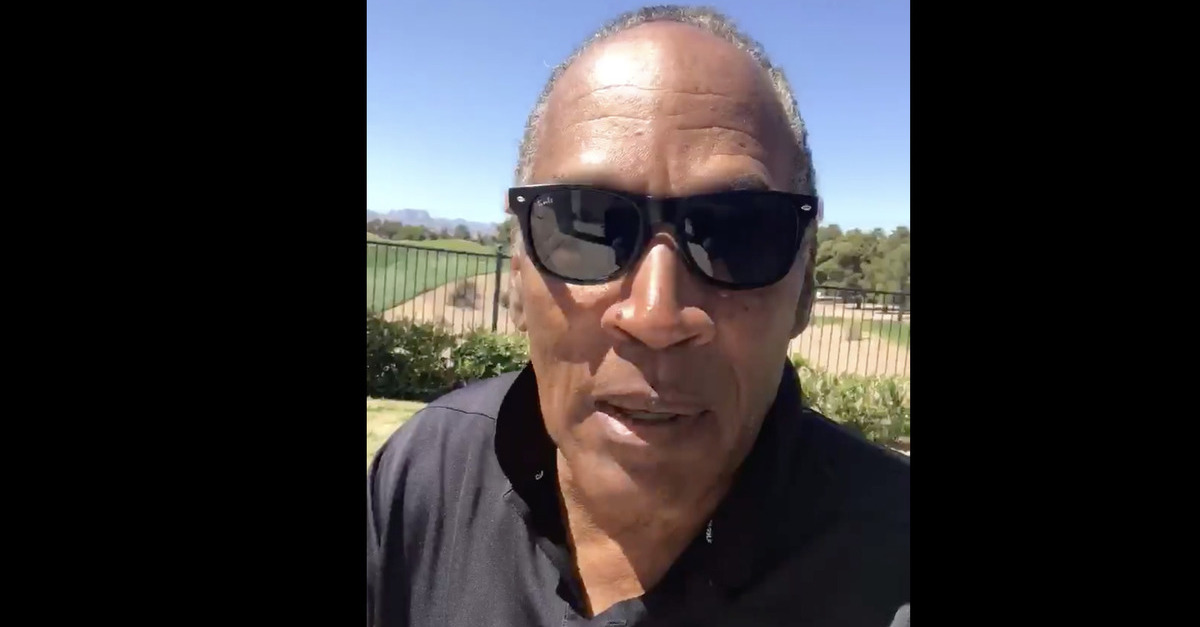 I was walking and someone called me Carol Baskin today, y’all need to stop playin.

Simpson has apparently binged-watched quite a bit of Tiger King. He played a round of golf and took to Twitter to share his thoughts. And because right now, nothing is as it should be, Simpson’s thoughts appear right in line with many other minds on the internet. His comments are prime quarantine-2020 zeitgeist.

A glove-wearing Simpson spoke about returning home to do some Netflixing at home on his couch. Simpson’s take on Tiger King is exactly what we have all been thinking: “Oh my God, is America in this bad a shape?”

Yeah, Juice. TBH, we really are.

Simpson’s take on the exposé on the world of big-cat trading was pretty on-the-mark too: “I couldn’t believe what I was looking at. White people, what’s with you and wild animals? Leave them animals alone!”

He then called the show “crazy” and ended with a statement that is positively priceless, coming from someone who stood trial for a double homicide. “One thing I will say,” Simpson quipped, “there’s not a shred of doubt in my mind that that lady’s husband is tiger sashimi right now. I’m just sayin’.”

Simpson was acquitted of the murder of Nicole Brown Simpson and Ronald Goldman after a 134-day criminal trial. Among the 488 pieces of evidence introduced against Simpson were his history of domestic violence against Nicole Brown Simpson, and blood, footprint, fingerprint, and DNA evidence from the crime scene. In the recent Netflix reality series Tiger King, just one of seven hour-long episodes focused on animal rights activist Carole Baskin’s relationship with her disappeared (and presumably deceased) husband, Don Lewis. No physical evidence against Baskin was discussed in the series, nor has any been found by the Hillsborough County detective investigating the case. The Hillsborough County Sheriff’s Office put out a request for any information related to Lewis’s disappearance in a recent effort to use the popularity of Tiger King to solve the cold case. If it’s successful, it sounds like O.J. would make an excellent juror for the prosecution.

If OJ Simpson says Carol Baskin did it then she did that shit #TigerKing https://t.co/jSfY7McFpd

Carole Baskin, for her part, has long denied all allegations of being involved in Lewis’s disappearance and presumed death. She says the accusations are vicious lies:

Joe Maldonado-Passage, better known as Joe Exotic or the Tiger King himself, was sentenced in Jan. 2020 to 22 years behind bars in the murder-for-hire plot against Baskin, and for illegal animal trafficking and animal abuse.