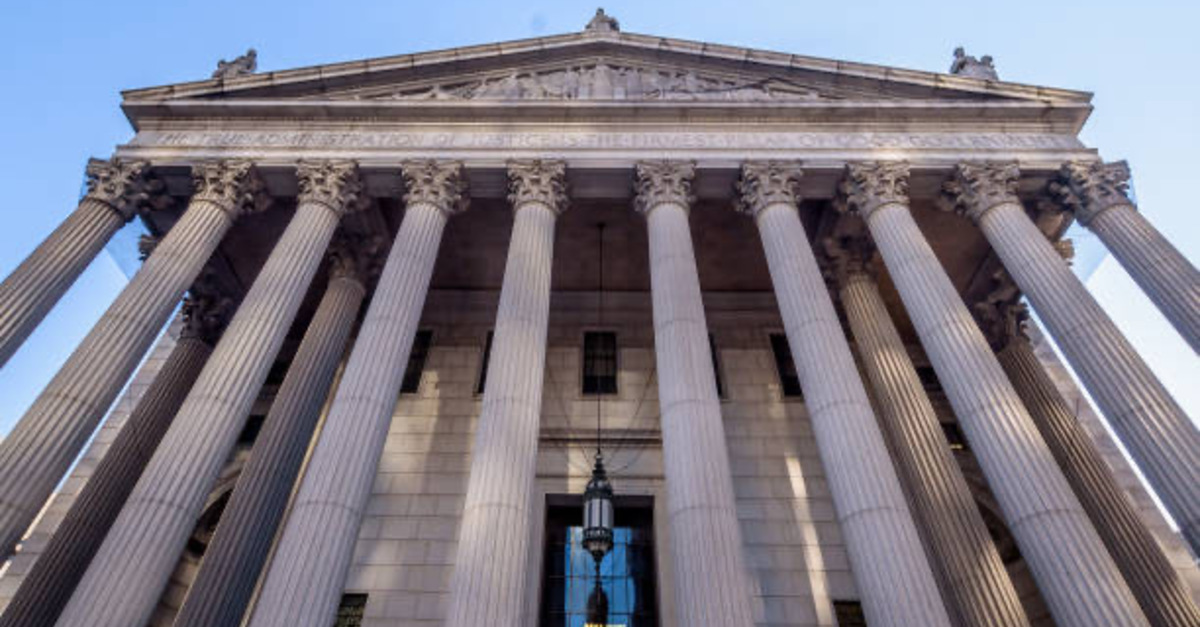 A judge in New York City weighed in on a recent package of criminal justice reforms on Thursday while performing his official duties.

“The law is stupid,” Supreme Court Justice Maxwell Wiley opined from the bench, “but I have to follow it.”

The Manhattan-based judge was apparently offering his take on a series of recent adjustments to New York State’s bail system.

Wiley also said it was “against all common sense and wisdom” to release someone accused of burglary—before promptly releasing him.

But the judge’s negative appraisals of the new system didn’t go without being criticized.

“Currently, in the USA, there are nearly 750,000 inmates in either local jails or county jails awaiting trial because they cannot afford bail,” noted law and policy expert and attorney Esha Krishnaswamy. “Pre-trial incarceration has an especially devastating effect on the poor. Families often lose the only source of income they have. On top of that, jails have price-gouging measures where they charge for phone calls, tampons, toilet paper and even junk food.”

“This means that the family not only loses an income-earner, but they also are forced to put up with extra expenses on behalf of their incarcerated loved ones,” she continued. “It is clear and simple: it is a war on the poor. Often, prosecutors takes two to three years, to bring these cases to trial, if ever. It is cruel to incarcerate poor people, in sometimes conditions that are even more inhumane than prison, especially when they have not been convicted of a crime.”

According to the New York Daily News, Wiley made the “stupid” comment and “rolled his eyes” while ordering the release of a man accused of “charges related to robbery.”

But that doesn’t quite square with the new regime in effect for the Empire State.

Earlier this year, progressive majorities in the state legislature passed a massive legal system restructuring bill which largely did away with cash bail—responding to pressure from criminal justice advocates and activists who had long argued the cash bail system was racist, cruel and placed a disproportionate burden on poor people accused of crimes.

Under the new laws, people accused of committing misdemeanors would no longer be subject to cash bail whatsoever—nor would alleged non-violent felony offenders. Instead, people would be released on their own recognizance and mandated to return to court for their proceedings or face additional sanctions.

Robbery, of course, is a violent crime and wouldn’t qualify for the recently-passed reforms. It’s currently unclear what the Daily News meant by “charges related to robbery,” but it’s likely the man referenced was not actually accused of robbery at all.

Those laws technically don’t go into effect until January 1, but some judges—including Wiley—have taken to the new system early, a not uncommon practice in New York or other states. Judges are typically loath to ignore criminal justice reforms just because of largely pro forma timelines.

Most judges keep their negative opinions about the legislature’s work out of the court room. But this isn’t the first time Justice Wiley has courted controversy.

Wiley was previously accused of withholding information in a high-profile murder case.

“All of these closures,” the media outlets argued, “occurred without following proper procedures, without making the requisite findings, and without applying the strict legal standards that must be satisfied before the public’s constitutional access right may be abridged.”

Wiley was also once heavily criticized for delaying the sentencing of a convicted rapist so that the rapist could marry his fiancée.

“Judges are often seeped in theory and use theoretical justifications,” Krishnaswamy added. “Instead, I recommend judges look at the actual statistics on mass incarceration and how devastating it is to the poor.”