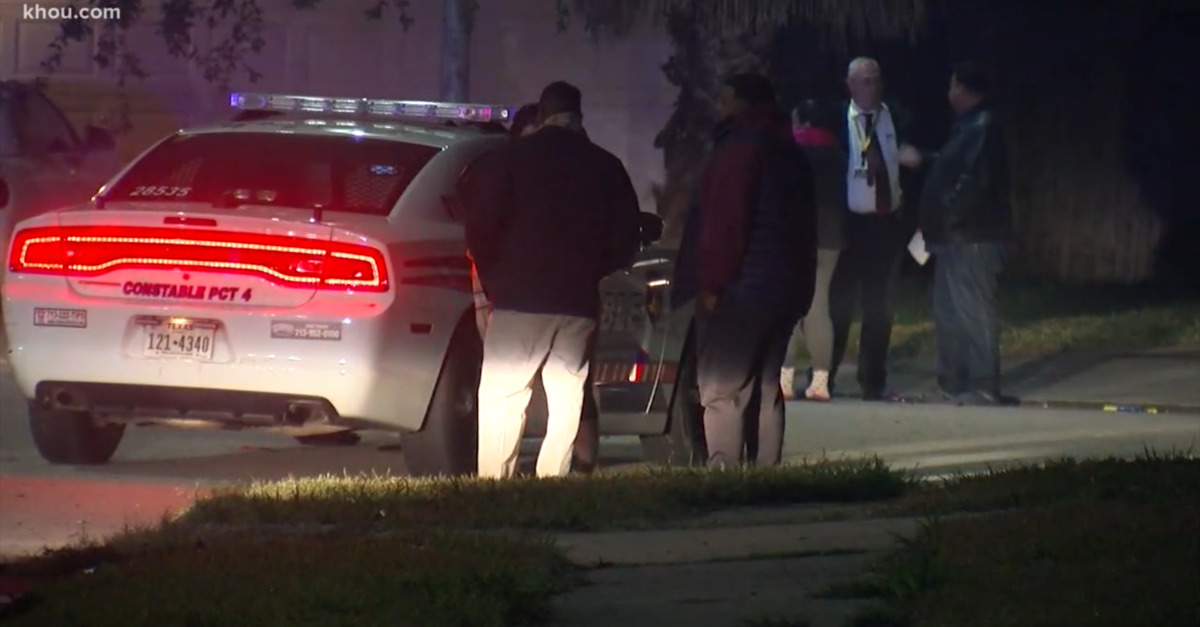 A woman in Texas was struck and killed by a stray bullet on New Year’s Day while celebrating with her family.

According to local CBS affiliate KHOU, 61-year-old Philippa Ashford spent the evening setting off fireworks to usher in the new decade. Just after midnight, however, a single bullet took her life. Emergency crews were called but she was pronounced dead at the scene.

“I don’t know if you can figure out what the odds are, but you got the family together, they’re out here celebrating the New Year, and basically the matriarch of the family is now deceased,” Harris County Sheriff’s Office Sergeant Ben Beall told the outlet.

The fatal accident occurred at the edge of Ashford’s driveway in the cul-de-sac of May Laurel Drive in southwest Houston.

Harris County Sheriff Ed Gonzalez told the New York Daily News that Ashford “suddenly called out that she had been shot.”

Moments later she was gone.

Sheriff’s deputies later canvassed the adjacent area in search of shell casings but were ultimately unsuccessful. Officials said they believed the shooting likely occurred far away from Ashford’s own neighborhood.

This story breaks your heart & makes you angry.
Fireworks Philippa Ashford used to ring in the New Year w/ her family are still here in NW Harris Co.
Overnight the 61 y/o was shot & killed b/c someone thought it was fun to shoot a gun into the air. It’s not. #khou11 #htownrush pic.twitter.com/tTounk9AU7

A second incident on the other side of town resulted in a man being shot in the wrist. He’s currently said to be in stable condition.

KHOU’s Michelle Choi reported that Ashford was a nurse at the Menninger Clinic, a psychiatric hospital known the world over. Ashford’s colleagues there referred to her as “Phil.” She reportedly treated patients with mental health concerns as the nurse manager for the Comprehensive Psychiatric Assessment Service and was board certified in psychiatric nursing.

According to the Menninger Clinic, she had special expertise in motivational interviewing, mentalization-based therapy, acceptance and commitment therapy and community integration.

Ashford was also an adjunct professor at the University of Texas Health Science Center at Houston and a member of the Sigma Theta Tau Nursing Honor Society and the Zeta Phi Beta Sorority.

Law enforcement had previously issued warnings to residents not to shoot their guns in celebration of the new year.

But still, patches of gunfire reportedly broke out all across the city–dozens of shots were registered overnight by authorities.

And now, at least one person is dead, and another person is injured.

Officials say more than 50 GUNSHOTS were heard in SW #Houston overnight, w/ folks firing their guns to ring in the New Year, all this DESPITE warnings from @houstonpolice telling folks it’s illegal, dangerous, and often deadly. #khou11 #Htownrush