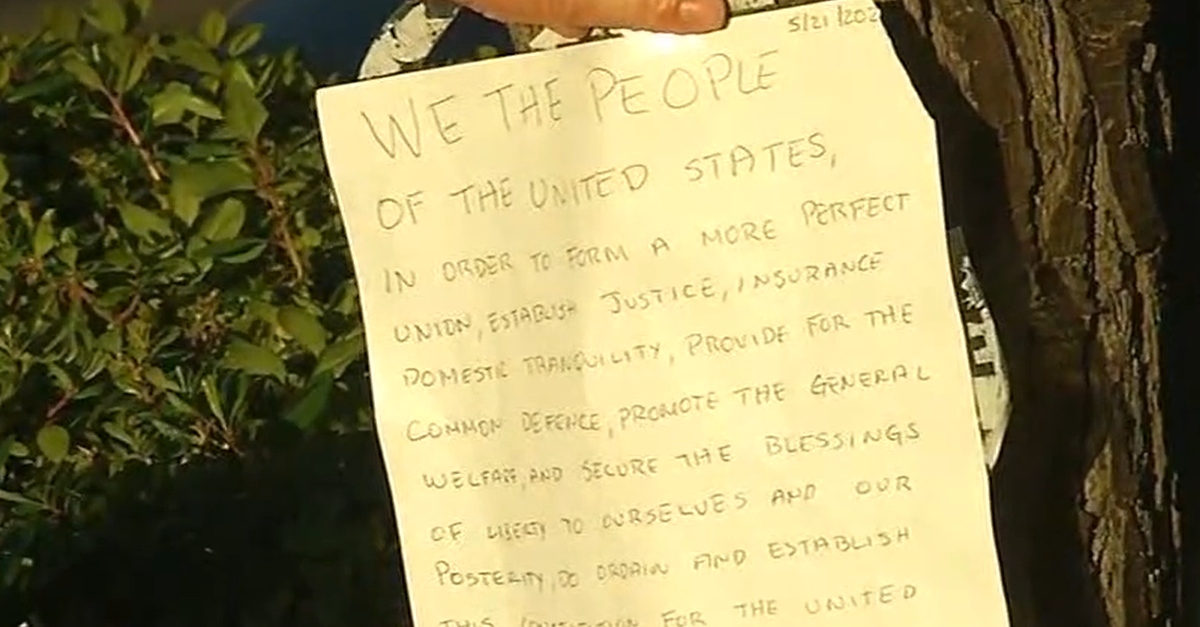 A woman in San Leandro, California is accused of putting up xenophobic letters in the area. Asian people were signaled out in at least one post. Nancy Arechiga, 52, was booked into the Santa Rita Jail in Alameda County, say police.

Officers said they were dispatched shortly after 7:00 p.m. on Friday to the Heron Bay neighborhood. There were reports of random notes put on local’s doors. Cops described these messages as being targeted toward minorities. These were posted at five homes, police said.

The handwritten notes suggested that people, not native to America, leave the country immediately. The messages were directed towards women and children as well.

Police said that the woman who posted the letters was captured on a local’s Ring camera, and they were able to find her. She had a backpack with similar handwritten notes, cops said.

Investigators also suggest she’s behind another letter found Thursday evening on the Heron Bay trail at an information board. “No Asians allowed, leave immediately,” the letter read in part, according to police.

“San Leandro is a community of beautifully diverse people, who share a common desire to live in harmony, and free from intimidation,” said San Leandro Police Lieutenant Isaac Benabou. “We welcome people’s rights to express themselves, but not in a manner that infringes upon a community’s sense of security and wellbeing.”

That wasn’t the only racist letter found in San Leandro.

Here’s another one, (left) same handwriting it seems, found by another POC earlier in the week. #HateIsAVirus #COVIDー19 pic.twitter.com/GIeJigHtf5

“You, because we consider you’re a stranger, one bad person for this country, leave, go far away, go back to your country, the place you belong,” said a letter covered by KGO reporter Dion Lim. It was dated Thursday. “Leave this place. You have until the day May/23/2020 Saturday 10:30 a.m.” The post later stated, “No Asian Allowed.”

Arechiga has been released because of the state’s current state bail schedule, cops said. She was cited and released from custody. Law&Crime could not immediately reach her for comment.

NOTE: I should point out, even though the woman who posted the letters was arrested and in jail she was released because of issues with the state bail system. This is undoubtedly Coronavirus related. SLPD have since stepped up patrols in the neighborhood.

“If you have information on a similar incident, please contact the San Leandro Police Department at 510-577-2740,” officers said.