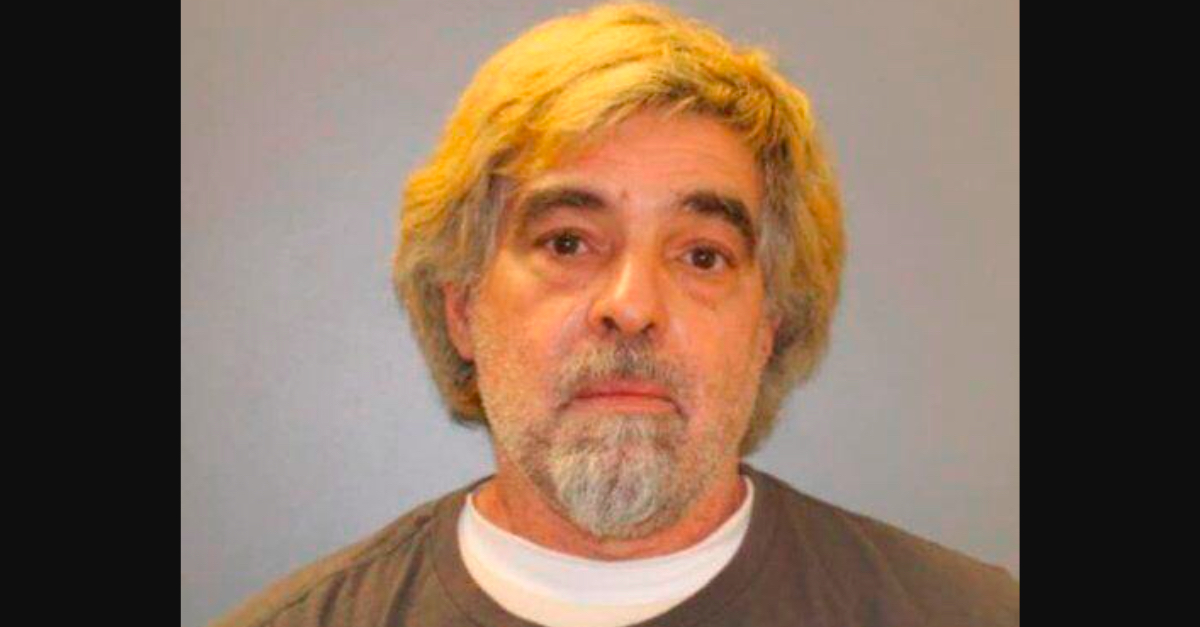 A New Jersey man was arrested this week after authorities say he vandalized America’s Stonehenge in Salem, New Hampshire. The defendant is accused using power tools to carve a popular QAnon slogan into one of the archaeological landmark’s 4,000-year-old stone tablets, several local outlets reported.

Mark Russo, 50, was charged with one count of felony criminal mischief following a four-month investigation into the vandalism that took place in Sept. 2019.

According to Patch.com, police were called to area consisting of multiple large stone structures scattered across roughly 30 acres because a property owner had reported finding “an unusual wooden cross with several pictures and drawings, suspended from two trees” at a primary archaeological site.

“Additionally, there were two sketched drawings attached to the cross, appeared to depict the Crucifixion,” the report stated.

“The property owner canvassed the area and also discovered ‘significant damage’ to the main site’s stone sacrificial tablet,” Patch.com reported. The officer at the scene wrote that the tablet, which the property owner said was approximately 4,000 years old, “was carved with ‘WWG1WGA’ and ‘IAMMARK.'” The former is a popular QAnon slogan that stands for “where we go one, we go all.” Police believe that the latter was a reference to Russo’s name and is also his handle on Twitter.

“Do you see any reason not to take down their portals? Boston specifically oh and the 66 Baal shaft? Oh made a few improvements @American Stonehenge (crying emoji) sorry Scottie Wolters my bad (middle finger emoji),” the tweet read, according to a police report reviewed by Patch.com.

Another Twitter post showed video of Russo wearing a Punisher shirt attempting to enter American Stonehenge without paying before being stopped by staff.

After comparing several of @IAMMARK’s Twitter posts with Russo’s driver’s license and surveillance video provided by the property owner, police were able to obtain an arrest warrant for Russo in Sept. 2020.

Russo was detained on Monday and held at the Salem County Correctional Facility in New Jersey pending extradition back to New Hampshire.

Russo was arraigned on Tuesday in Rockingham Superior Court and his bond was set at $3,000.