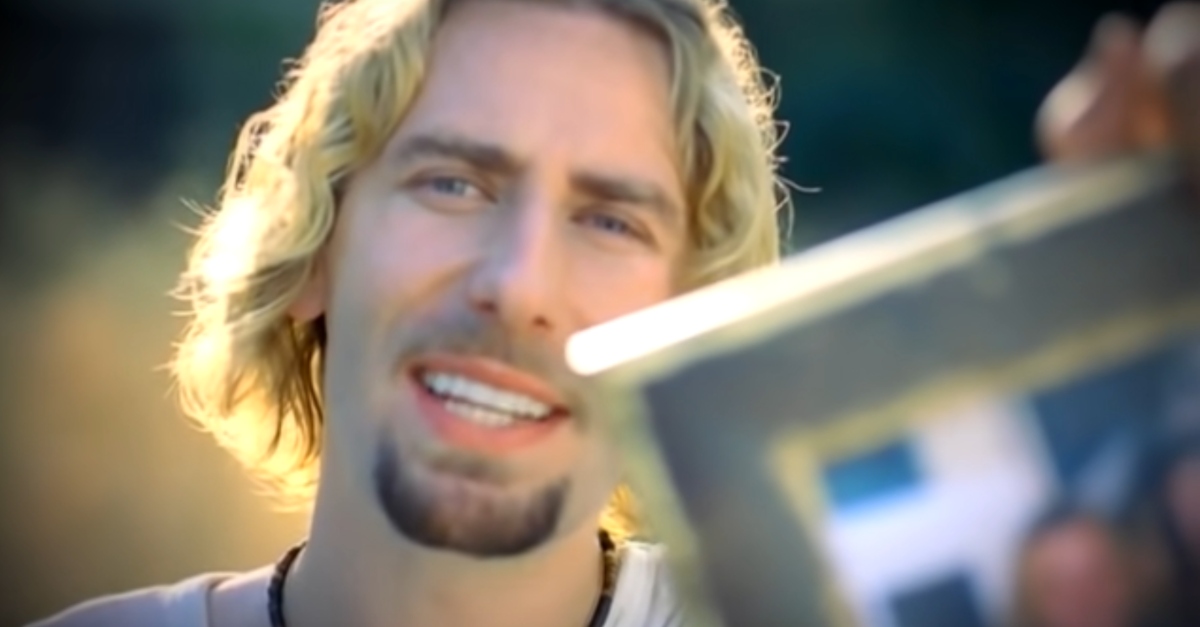 We all know President Donald Trump‘s most tenacious foes: bands that were most popular in the 2000s. This time it’s the Canadian rockers Nickelback.

There was a copyright claim issued against a Trump tweet that made use of their song “Photograph.”

LOOK AT THIS PHOTOGRAPH! pic.twitter.com/QQYTqG4KTt

You missed your chance to look at the photograph.

The post showed a picture of Democratic presidential candidate and former Vice President Joe Biden, with son Hunter Biden, and a executive for the gas company Burisma out playing golf. The intention was to try to buttress the president’s claim that Biden got a Ukrainian prosecutor fired for investigating the company on which his son was a board member. Neither of the Bidens have been substantively accused of anything illegal, however. After Trump, on a July 25 phone call, asked Ukraine President Volodymyr Zelensky to investigate the Bidens, Speaker of the House Nancy Pelosi (D-Calif.) responded by backing an impeachment inquiry.

In any case, people on Twitter are cracking up about the copyright claim.

This is the best thing Nickelback has ever done. pic.twitter.com/X3Y9b3830K

Hey @Nickelback this is such a bunch of bull that you would disable the media on this. I bought your song on iTunes 9 hours ago because I loved @realDonaldTrump’s tweet so much & I’ve also always been a fan of you guys. Now I want to return the song & get my nickels back!! https://t.co/IG9PgJ1WNV