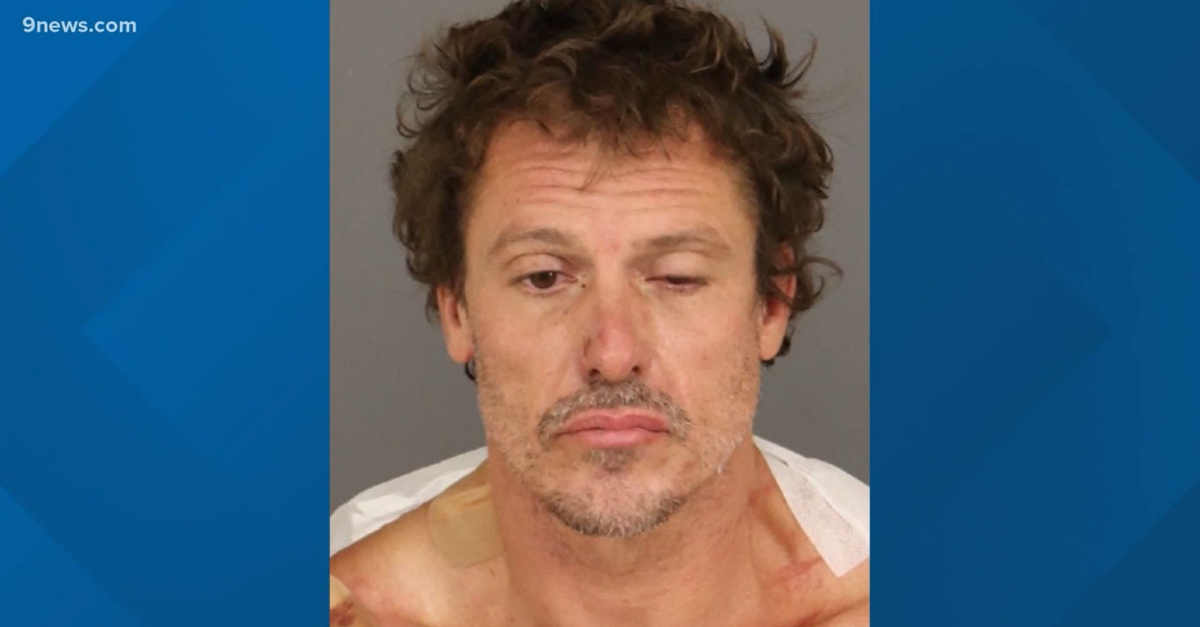 A man has been charged in a horrifying machete attack in Colorado. The 17th Judicial District Attorney’s Office announced their prosecution of Lonny Lynn McNair, 48, on Tuesday.

Authorities said Brighton cops responded to a 911 call on August 11. Officers found Bonnie Lynn Skinner, 51, covered in severe lacerations and lying in a pool of blood outside of a home, according to a press statement obtained by Law&Crime. She was pronounced dead at the Platte Valley Medical Center. Her husband, daughter, and a family friend were injured. For example, police said the daughter lost a pinky finger in the attack.

McNair fled and proceeded to lead police on a high-speed chase, but he crashed and was arrested, prosecutors said.

Police suggest that the alleged murder stemmed from a previous interaction.

“Our understanding is that this was a person the family knew and was trying to help out in the past and recently there had been some misunderstandings between them and that may have been the motivation,” Brighton police spokesman John Bradley said, according to CBS Denver.

The restaurant where Bonnie Skinner worked as a kitchen manger is holding a vigil in her memory.

Bonnie was killed in a machete attack.

“My heart is forever shattered…you’ll always be a second mom to me,”Justine wrote on a poster. “I love you so much.”@DenverChannel pic.twitter.com/so2qjFCQuJ

It is unclear if McNair has an attorney at this time.