Neo-Nazi Sentenced for Plot to Terrorize, Threaten Black and Jewish Journalists with Posters at Their Homes 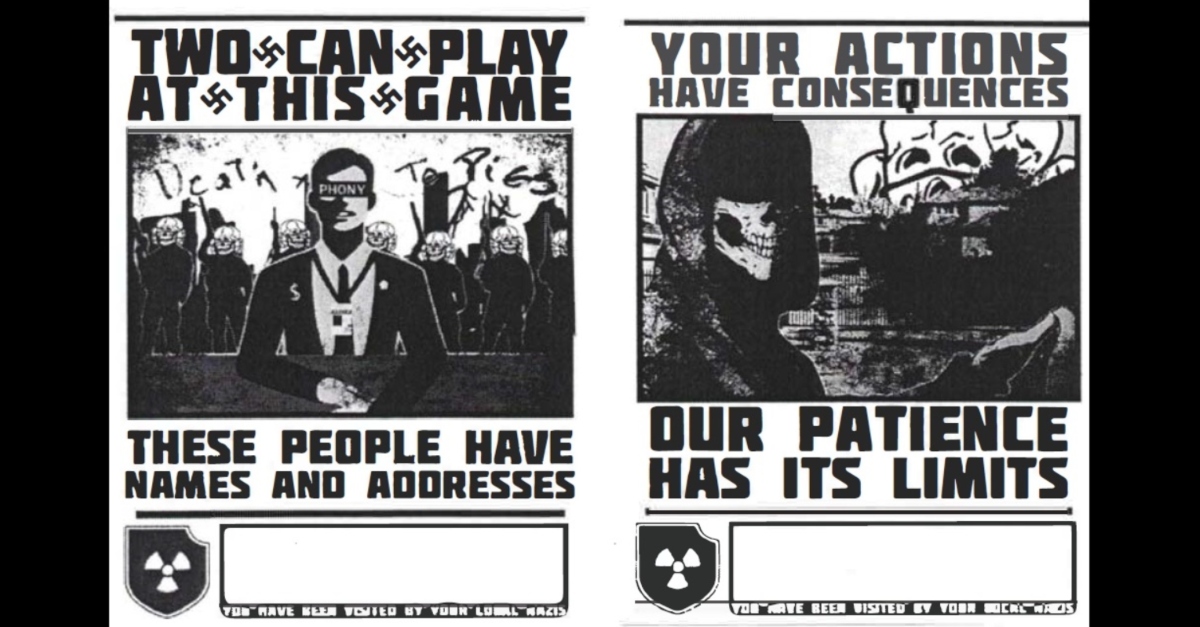 A member of the neo-Nazi group Atomwaffen Division received a 16-month prison sentence on Wednesday for plotting to terrorize Black and Jewish journalists with swastika-strewn posters at their homes.

“The United States and other nations fought a global war to rid the world of murderous threats and violence by Nazis,” Assistant Attorney General Eric Dreiband said in a statement. “The nation and its allies defeated Nazi Germany, but Nazi-inspired threats and violence continue to plague this nation and others 75 years after the end of World War II. The defendant threatened a Jewish journalist and conspired to intimidate journalists and advocates who worked to expose anti-Semitism around the country.”

According to the plea agreement obtained by Law&Crime, Johnny Roman Garza plotted with other neo-Nazis on “Operation Erste Saule,” a German term they used to refer to the news media.

“The goal, of course, is to erode the media/states air of legitimacy by showing people that they have names and addresses, and hopefully embolden others to act as well,” wrote ringleader Cameron Shea in a chat group, according to documents. (The criminal case against Shea is ongoing. Records show he pleaded not guilty.)

Participants were supposed to find journalists in their area. According to the plea agreement, Garza told the group he found a leader of an “association of black journalists” in his state.

Posters were designed so that a target’s personal information would be written in the bottom. Messages included:

Authorities said that Garza and another person went to an apartment complex in Phoenix, Arizona to target a member of the Arizona Association of Black Journalists. He could not find a good place to leave a post, so he instead went to the home of an editor of a local Jewish publication, prosecutors said. He put the posted on a bedroom window. The missive had the editor’s personal information on the bottom. Authorities said co-conspirators in the scheme either mailed or sent other posted to other victims in Washington State or Florida.

The sentencing marks another chapter in the  deterioration of the Atomwaffen Division following the successful prosecution of the group’s former Texas leader. John Cameron Denton, who ran the group in the Lone Star State, pleaded guilty to conspiring to swat journalists, a university, a church, and even a former cabinet official in July of this year.