Naked Man Beat Peeping Tom to Death for Watching Him and Girlfriend Have Sex: Cops 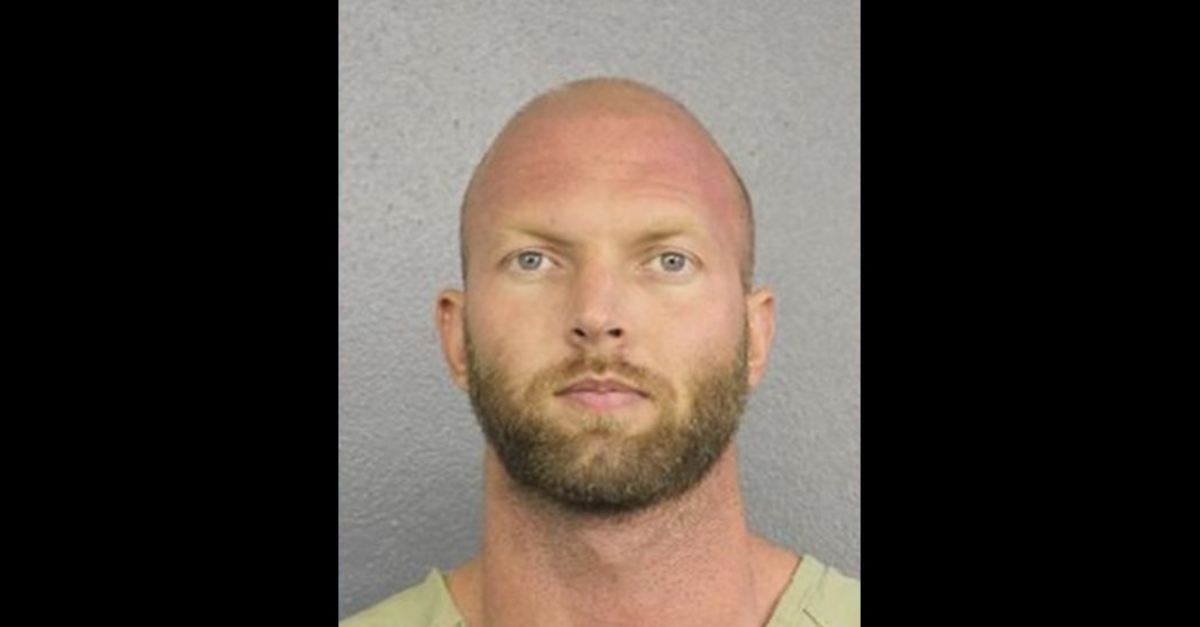 A man in Fort Lauderdale, Florida is charged with going way too far in confronting an alleged peeping tom. Victor Vickery, 30, faces a count of manslaughter, according to court documents obtained by Law&Crime.

Cops said they got a 911 call from the defendant’s girlfriend on July 2. She was reporting a suspicious person for looking into her windows, and that her boyfriend was outside trying to detain him for police, according to the probable cause affidavit.

Officers said they arrived to discover the victim lying inside of the fenced yard. He was covered in blood and had been knocked out, officers said. Fire rescue officials took him to Broward North Hospital, where he died.

Both boyfriend and girlfriend said she had peeping tom troubles before, investigators said. Vickery had claimed to have been present in one such instance, cops said.

The long and short of this criminal case is that the couple’s initial story allegedly didn’t stand up to scrutiny, especially after the girlfriend supposedly changed her side of the tale.

Vickery said he and his girlfriend were “getting intimate” when they heard scratching at the window. The defendant said he ran out through the back door, and found the peeper. This peeper allegedly had his penis hanging out, according to this story. In any case, Vickery allegedly accused the man of lunging at him and starting a fight.

The defendant construed this event as strictly a matter of self-defense, judging by the affidavit. From documents:

He said at one point the subject got on top of him while he was fighting with him and started to choke him. He said during the fight that he (Vickery) was naked and barefoot and afraid for his safety.

Vickery said he kicked and punched the attacker, but said he only kicked the man just once, cops said.

According to police, the girlfriend could be heard during the 911 saying multiple times, “Tori stop. Tori that’s enough.” She later told police that she had ran outside and saw the man choking her boyfriend, so she hit this attacker in the back with a shovel once or twice, according to the affidavit.

She referred the the defendant as “Tory” [sic] during her statement to police.

According to cops, she initiated another interview, and came to the police headquarters with her attorney on July 23. Now, she allegedly said she never hit the peeping tom with a shovel, or otherwise touch him. She claimed that Vickery got her to tell this original story to police. Investigators said her new tale is backed up by the contents of the three-minute long 911 call. She always remained on the line, cops said.

Officers said they also found evidence that the alleged victim in this case was in fact “peeping into windows” at several locations, and had been arrested for this before.

Cops sent the Vickery case to the Broward State Attorney, who recommended a manslaughter charge. He was charged Thursday.

Records don’t name a criminal attorney for the defendant in this matter.