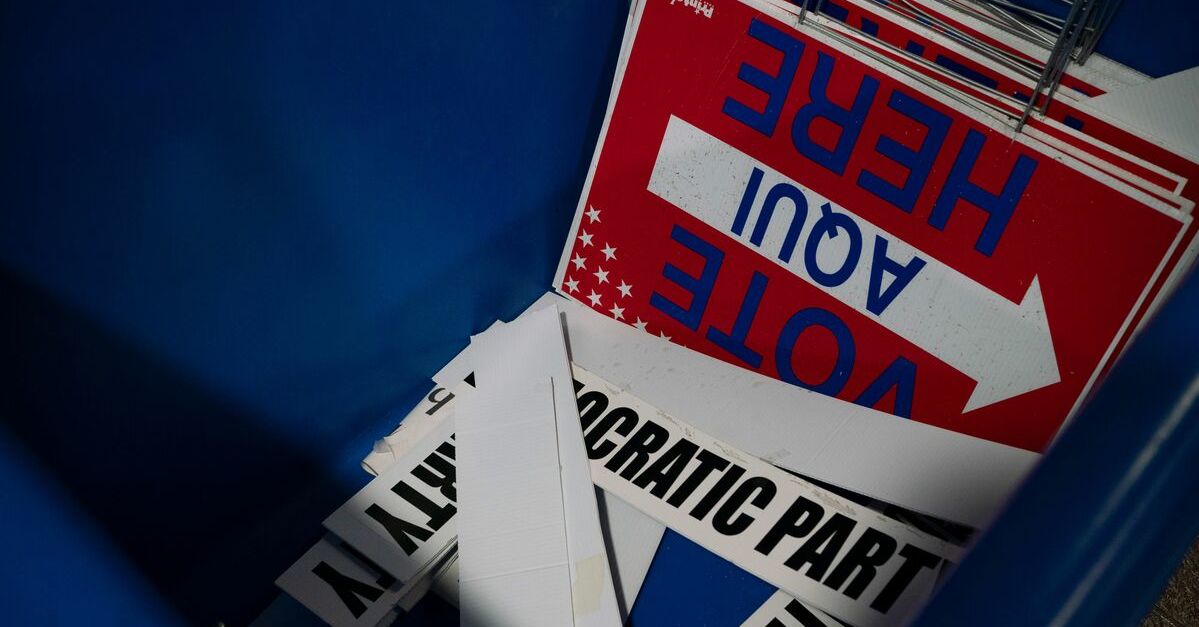 Texas Republicans advanced a controversial proposal during their state convention on Thursday that expresses the party’s formal desire for state officials to be elected by way of a state electoral college instead of directly elected by the people.

“Be it resolved that the state legislature shall cause to be enacted a State Constitutional Amendment creating an electoral college consisting of electors selected by the popular votes cast within each individual state senatorial district, who shall then elect statewide office holders,” reads the would-be platform plank adopted by the Texas GOP’s temporary committee.

Legal experts quickly rubbished the notion as unconstitutional and anti-democratic.

In the above-referenced case, the nation’s high court upheld a challenge to the apportionment of the Alabama Legislature and electoral system. In a lawsuit, voters alleged they were deprived of their rights under the Equal Protection Clause and Civil Rights Act because of vast population differences in legislative districts.

The Supreme Court ultimately found that there were “population variance ratios of up to about 41-to-1” in the Yellowhammer State Senate and “about 16-to-1 in the House.”

In an 8-to-1 decision authored by Justice Earl Warren, the court created a time-honored precedent that is all but taken for granted in the American electoral system: “The Equal Protection Clause requires substantially equal legislative representation for all citizens.”

In an email to Law&Crime, Hasen explained why the Sims holding–and its legal progeny–might spell doom for the Texas GOP’s efforts to take away Lone Star State voters’ ability to directly elect their governor, attorney general, railroad commissioner and others.

“In Reynolds v. Sims and companion cases, the Supreme Court rejected an analogy to voting like in the U.S. Senate for state legislative districts, applying instead the ‘one person, one vote’ rule requiring that all legislative districts be made of up equal numbers of people,” he said. “The electoral college, like the Senate, violates this principle (but is allowed explicitly in the Constitution and not subject to this rule).”

Many observers also noted the interesting timing of the Texas Republican Party’s efforts to change the rules.

Republicans have had unfettered control of Texas statewide offices since 1994. They took full control of state government in 2002 by erasing the Democratic Party’s long-held control over the Texas House of Representatives. The proposal has never been seriously entertained until now, when polls show that Texas is a battleground state for the 2020 presidential election.

“Instead of violating one-person-one-vote so [sic] to adopt an anachronistic and antidemocratic process to perpetuate your power against the will of the majority….how about just adopting policies better adapted to your state’s changing demographics?” legal journalist Mike Sacks asked.

Notably, Mississippi has something akin to the system that Texas Republicans are now endorsing–which a federal judge recently said was probably unconstitutional in response to a lawsuit–but voters will first have the opportunity to undo that Jim Crow era relic in the November election.