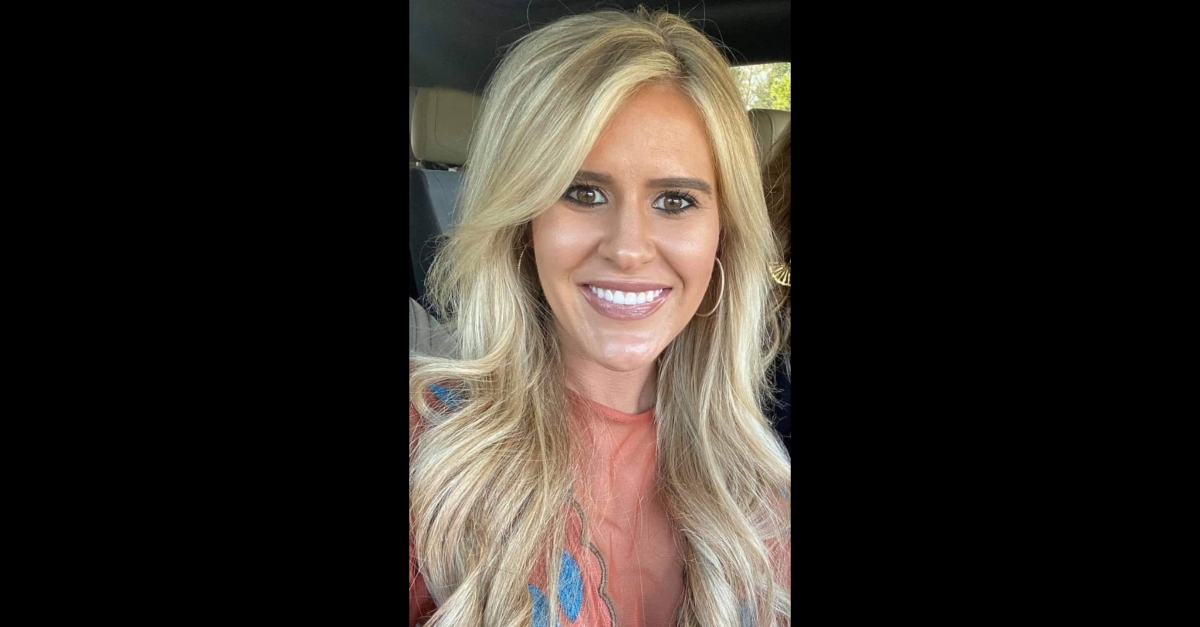 “Please note that the full autopsy report has not been completed,” Lucas wrote. “Also understand that in order to protect the integrity of this investigation there will be no further updates sent until its completion.”

According to accounts, Sutherland went missing last month while she was out jogging. A search effort ensued.

“Everybody obviously loves her and you can tell by all the people out here looking for her,” family friend Savanna Reynolds told KARK.

That search reached a tragic end—with the discovery of Sutherland’s body.

BREAKING: Jackson County Sheriff says they have a suspect in custody after finding the body believed to be Sydney Sutherland.
– Says her body was found “north of her residence.” pic.twitter.com/T04u7Eaypa

Jonesboro man Quake Lewellyn, 28, was arrested as the alleged killer. The defendant knew Sutherland before the incident, Lucas has said.

Lewellyn saw the victim on County Road 41, turned his truck around, and forced her into the vehicle, according to the account from Arkansas State Police special agent Mike McNeill at a probable cause hearing covered by KATV. The defendant raped her at a farm and buried the body, the investigator said.

Authorities said that Lewellyn even joined a Facebook group in the search for Sutherland, according to PEOPLE.

An arraignment was set for October 1.

Lewellyn’s attorney Bill James told Law&Crime in a phone interview that they are currently at a “standstill” on the case because the prosecutor has not provided any paperwork. “Blunt force trauma” could mean a lot of things, he said. Formal charges are pending. James said that once those are filed, that gives him the right to demand discovery. For now, authorities are in the middle of a 60-day deadline to hold Lewellyn on the probable cause. Formal charges are likely to be filed by them.

Sutherland’s death had a marked effect on the community; even Lucas said that he knew her, and that his deputies either saw her grow up or grew up with her.