Mayor Accused of Illegally Recording Private Conversations While in Office 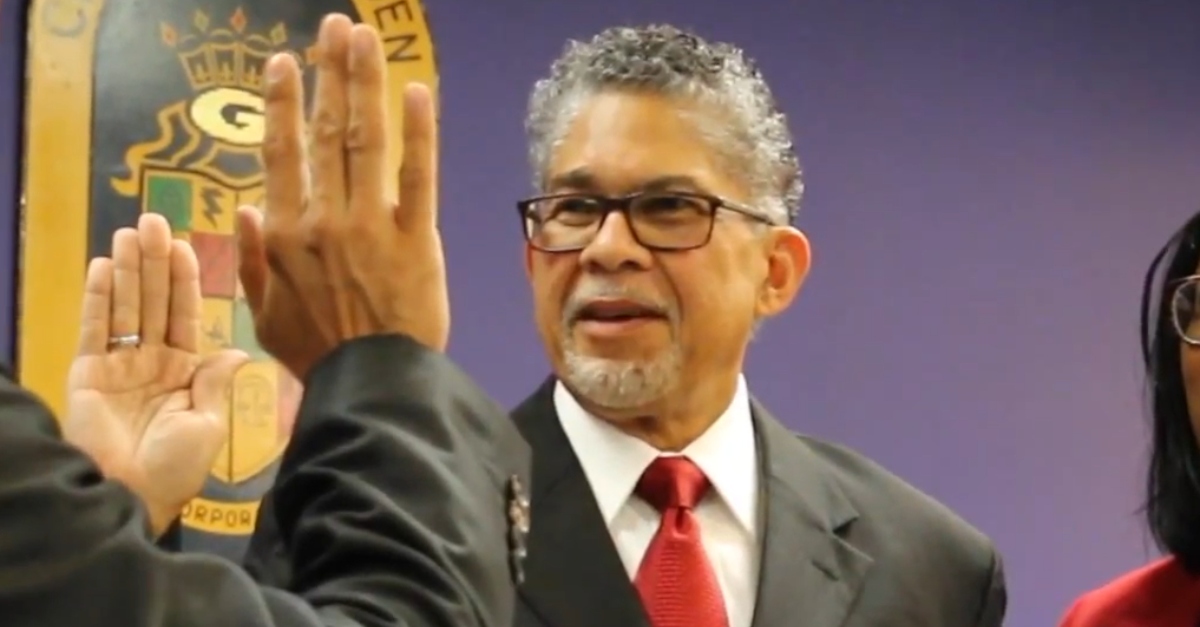 There’s legal trouble for a politician out in Maryland. Edward M. Estes, mayor of the city of Glenarden, was indicted Thursday for allegedly recording private conversations in secret.

“When public officials use their role to act outside the law and clandestinely record individuals that believe they are engaged in private communications, they must be held accountable,” said Maryland State Prosecutor Charlton T. Howard III in a statement.

A Maryland mayor is indicted by a Prince George’s County grand jury Tuesday after he allegedly secretly recorded private conversations while performing his duties as mayor. https://t.co/au2J4ZUHbg

Estes was indicted by a grand jury in Prince George’s County for a count each of illegally intercepting private communications, and misconduct in office. Records do not name a defense lawyer. The mayor’s office did not immediately return a Law&Crime request for comment.

Estes recorded private conservations between him and others while working as mayor, prosecutors say. Unless there’s an exception under the law, it’s illegal in Maryland to record a private conversation without the consent of those involved. Well, apparently, there was no exception in this case. Prosecutors say the defendant broke the law in using a MacBook Apple Computer to record those discussions without the other people knowing. On top of that, he was allegedly on the job when doing this.

Authorities did not disclose the details of those conservations, but the indictment notes the date of October 11, 2019. Only one day is mentioned but authorities describe “conversations” in the plural.

Now Estes faces up to five years in prison, and a $10,000 fine, assuming he is convicted. An arraignment is scheduled for December 18.