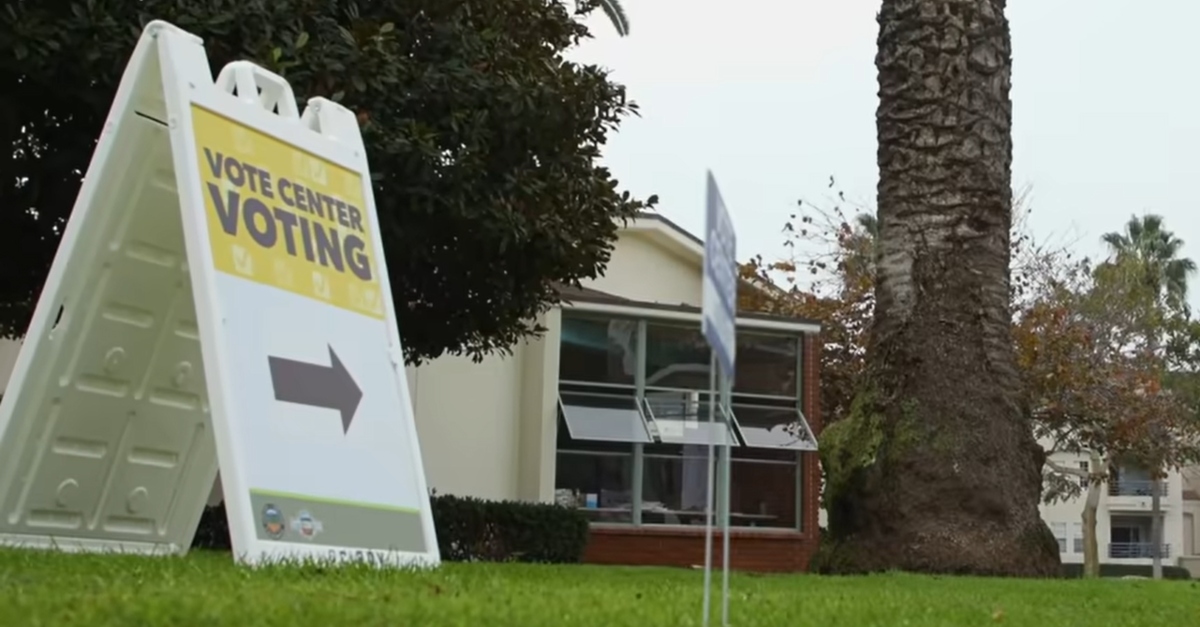 He and co-defendant Marcos Raul Arevalo, 34, were both charged with a count of conspiracy to commit voter fraud, eight counts of voter fraud, four counts of procuring and offering a false or forged instrument, and four misdemeanor counts of interference with a prompt transfer of a completed affidavit.

On top of that, Montenegro faces other counts of voter fraud, procuring and offering a false or forged instrument, perjury, and misdemeanor interference with a prompt transfer of a completed affidavit. Prosecutors said he also falsified details–including names and signatures–on nomination papers to run for the mayor of Hawthorne, California, which is in Los Angeles County.

Montenegro never did get around to formally running for that office. He wanted to be one of the people to go against Mayor Alex Vargas, but it was determined that he did not have enough signatures–at least 20–from city residents to qualify, according to The Daily Breeze. The defendant told the outlet that his petition had more than 40 names, but the clerk only qualified 18. He claimed to know at least 20 people who signed his petition.

“I’m trying to find out what I can do,” he said. “It just seems really strange.”

It is unclear if the defendants have legal representation in this matter. An arraignment was scheduled for Tuesday.

The prosecution’s statement did not discuss the effect or non-effect this would have had on races in the November 3 general election, or spell out if any votes were made under the fraudulent applications. The Los Angeles District Attorney’s Office declined to comment on this matter when we reached out. The investigation is said to be ongoing, and in the hands of the District Attorney’s Bureau of Investigation. The case was filed for warrant on Thursday, authorities said.

Taken at face value, the alleged fraud would not have changed the more high-profile races. Indeed, outgoing L.A. District Attorney Jackie Lacey lost to challenger George Gascón, 1,710,062 to 1,974,246. It’s also worth mentioning that President Donald Trump lost the state of California to Democratic challenger Joe Biden: 5,811,219 votes to 10,845,319 (results are scheduled to be certified December 11, 2020). The scope of the alleged registration fraud would be big enough, however, to plausibly cover the difference of at least one race for a congressional district that overlaps with L.A. County. U.S. Congressman Michael Garcia (R) has been in a tight race for the 25th congressional district with California Assemblywoman Christy Smith (D). But over in the 43rd district, which includes Hawthorne, incumbent Rep. Maxine Waters (D) won in a lopsided margin of 196,375 to 77,465.

“While cases of election fraud are extraordinarily rare, our office takes allegations of fraud seriously and we have been clear that LA County will seek prosecution of individuals who engage in unlawful behavior to the fullest extent of the law,” Los Angeles County Registrar-Recorder/County Clerk Dean C. Logan said in a statement to Law&Crime about the criminal case. “Protecting the integrity of county elections is our top priority. Voters should ultimately have confidence that their votes are meaningful and will be counted, and that their institutions are secure. We will continue to be aggressive in seeking the prosecution of anyone who attempts to undermine these efforts and encourage residents to report any suspicious activity.”