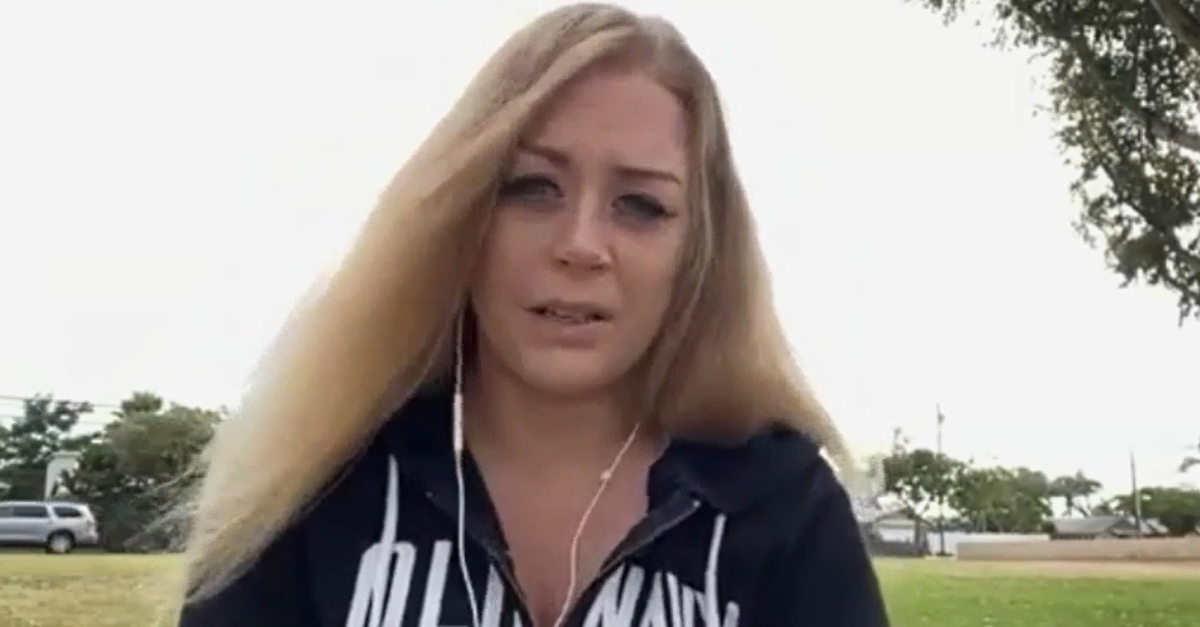 A woman has sued in California over a wildly successful GoFundMe campaign that benefitted a Starbucks barista who told her to put on a mask in the café. Amber Lynn Gilles said last year that she wanted half of the $105,000 “tip” given to Lenin Gutierrez, and now she’s going after Matt Cowan, the Good Samaritan behind the money-raising endeavor.

“There is an invasion of privacy aspect here as well, and it’s defamatory, and money was raised by him,” her attorney Michael Harrington told KCAL9 in a Friday report.

The lawsuit stems from a June encounter at a Starbucks in San Diego. As Gilles described in her initial Facebook post, she got into a spat at the café because she refused to wear a mask. She featured a picture of Lenin in an ostensible attempt to embarrass him.

“Meet lenen [sic] from Starbucks who refused to serve me cause I’m not wearing a mask,” she wrote. “Next time I will wait for cops and bring a medical exemption.”

People rallied to the barista’s support. Cowan started a GoFundMe to “tip” him. The final result dwarfed the original goal. First he asked for $1,000. The count on Friday reads $105,445. Cowan and exotic car YouTuber Will Collette presented Gutierrez the money in a July 7, 2020 video.

The barista, an aspiring dancer and instructor, is not a defendant in the complaint. It’s just Cowan and his company.

Gilles said last year that she wanted half the GoFundMe money. She asserted discrimination, claiming she did not have to wear masks because she received a medical exemption from a chiropractor. Her Facebook account indicates she remains a staunch opponent of mask-wearing. A video from August showed her getting into a separate spat with employees at Sprouts Farmers Market because she refused to wear one.

Now Harrington asserts that Cowan used a picture from his client in order to turn a profit. The lawsuit also highlights death threats Gilles said she received over the debacle.

Cowan said he had nothing to do with the death threats, and that Gilles was the one who made the public Facebook post. In other words, he did nothing against her, and she put this situation out in the open in the first place.

“She made a public Facebook post that went viral and I’m not responsible for whatever anybody else sends to her,” he told KCAL9.

Cowan said his company was not involved in the GoFundMe. He also dismissed the claim he made a profit from the campaign.

“Everything was done in a philanthropic sense and I used publicly available information to populate my GoFundMe,” he said.