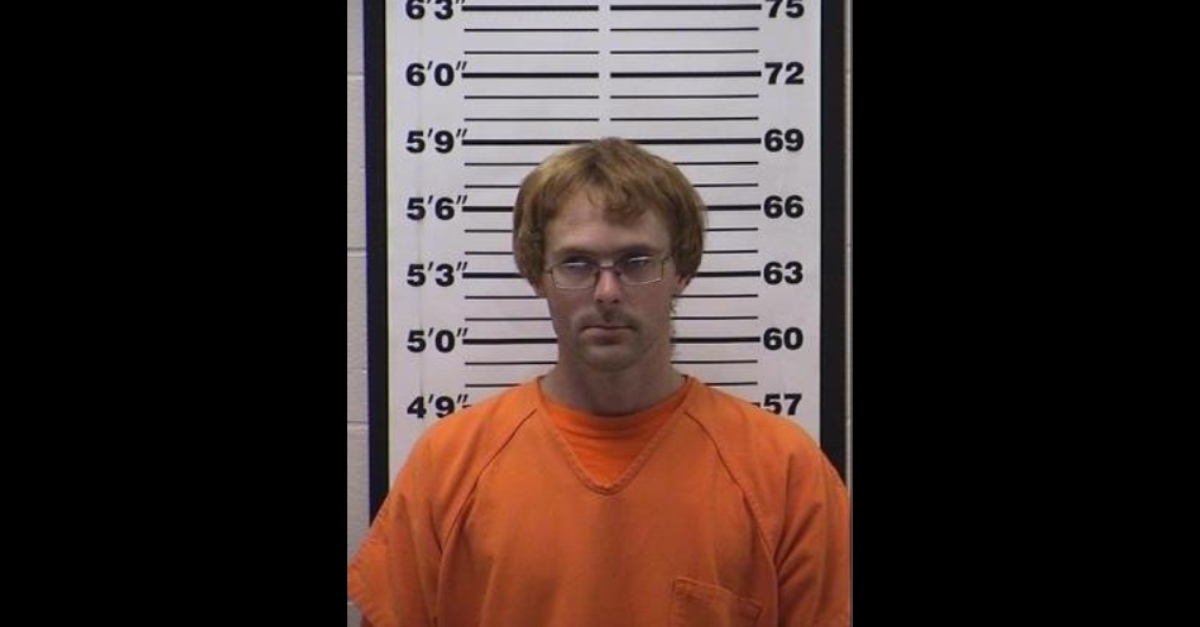 Wisconsin man Kyle T. Jaenke-Annis, 33, was sentenced to two years of probation on Wednesday for breaking into the home of the formerly missing Jayme Closs, 13.

Jaenke-Annis was originally charged with felony burglary, but pleaded that down to a misdemeanor count of theft back on May 3. He’ll get 87 days jail credit if probation gets revoked, according to Barron County records obtained by Law&Crime.

Jayme Closs disappeared in the middle of October of last year, and her parents James and Denise Closs were found dead at their home. At the time, investigators and the public didn’t know her whereabouts. They didn’t know who killed her mother and father.

Then a strange side-story emerged. Jaenke-Annis was arrested later that month. He broke into the family home on the same day of James and Denise Closs’s funeral, deputies said. A motion-activated camera picked up the suspect entering the home through a patio door. A sergeant and K9 found him stealing items, including some personal effects (girls’ tanktops, underwear, and a dress).

Investigators determined, however, that he had nothing to do with the disappearance and murders. The main case went unsolved until January, when Closs escaped from a home in nearby Douglas County, and found help with Good Samaritans.

She said that Jake Thomas Patterson, attacked her family October 15, fatally shot her parents, and kidnapped her. He held her for months at his Douglas County home, often forcing her to stay hours under his bed while she blocked in with weights and totes.

Patterson was sentenced to life in prison without the possibility of parole last month. In an impact statement, Closs acknowledged the harm he caused.

“But there’s some things that Jake Patterson can never take from me,” she wrote in a statement read by the prosecution. “He can’t take my freedom. He thought that he could own me but he was wrong. I was smarter. I watched his routine and I took back my freedom. I will always have my freedom and he will not.”