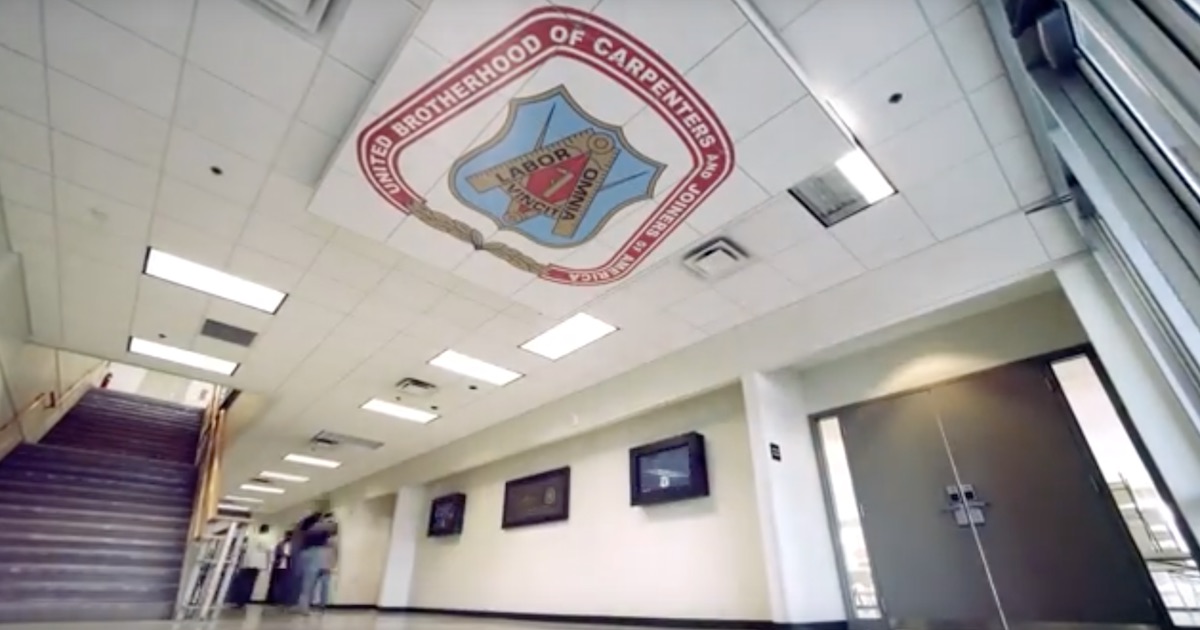 Top union officials for the Brooklyn and Manhattan chapters of an international labor union for carpenters were indicted on Thursday by the Department of Justice for allegedly accepting “tens of thousands of dollars in cash bribes” in a union admissions-bribery scheme.

Salvatore “Sal” Tagliaferro, the 54-year-old president of the Local 926 chapter of United Brotherhood of Carpenters and Joiners of America in Brooklyn, and John “Cigars” Defalco, the 51-year-old VP of the Local 157 chapter of the same union in Manhattan, have each been charged with honest services wire fraud, conversion of union assets, and conspiracy. Both were arrested on Thursday.

The union big-wigs are accused of “abus[ing] their positions of authority to solicit and accept cash bribes from prospective union members in exchange for securing the bribe payers’ admission into the union.” The allegations are similar to those made by the DOJ in the massive prosecution known as “Operation Varsity Blues,” where William “Rick” Singer solicited large sums of cash from parents looking to guarantee their kids’ admission to the university of their choice.

“In doing so, Tagliaferro and Defalco defrauded the union of its right to their honest services, and unlawfully converted union property to their own use,” the indictment said.

Prosecutors said the two defendants, “[f]rom at least in or around 2017 up through and including in or around June 2019,” engaged in a conspiracy to accept bribes. The DOJ described this a “rampant admissions-bribery scheme.”

“[T]he defendants, and others known and unknown, conspired to sell admission into the Local 926 in exchange for cash bribes,” the indictment continued. “In particular, Defalco and other co-conspirators identified prospective Union members and solicited cash payments from them, often in the amount of $1,500.”

“Then, once prospective Union members made the payments, Defalco sent those individuals’ names to Tagliaferro, who would use his authority as President of Local 926 to ensure that they were accepted into the Local 926 and received Union books,” it was alleged.

The defendants allegedly shared the bribe payments. But wait — there’s more. Defalco has been charged for alleged witness tampering and obstruction of justice:

U.S. Attorney for the Southern District of New York Geoffrey Berman said in a statement that the indictment represents a broad commitment by law enforcement to “root out corruption in union leadership.”

“As alleged, the defendants abused their leadership positions to line their pockets at the expense of their union and its members, whose interests they were duty bound to protect. By allegedly demanding and accepting cash bribes in return for union membership, the defendants not only betrayed their union, but personally profited off the needs of those seeking work,” Berman said. “The charges announced today reflect our tireless commitment to working with our law enforcement partners to root out corruption in union leadership and our commitment to bringing to justice those who corrupt their positions.”

According to the DOJ, Tagliaferro, a Staten Island resident, and Defalco, of Secaucus, N.J., face serious prison time if they are convicted.

The conspiracy and conversion charges are punishable by up to five years of prison each, while the wire fraud charge is punishable by up to 20 years. Note that these are maximums, not likelihoods; these individuals are innocent until proven guilty. Also note that the judge will ultimately decide what the punishment should be. There’s also the possibility that, given the situation, either or both of these defendants will take a plea deal.

Defalco’s legal peril, however, is currently worse on paper than Tagliaferro’s, given the witness tampering and obstruction charges. Per the DOJ, each carries a maximum penalty of 20 years behind bars.

[Image via Image via YouTube/screengrab]