Man Made False Orders from Pizzerias, Said He Hoped Italians Got Coronavirus: Police 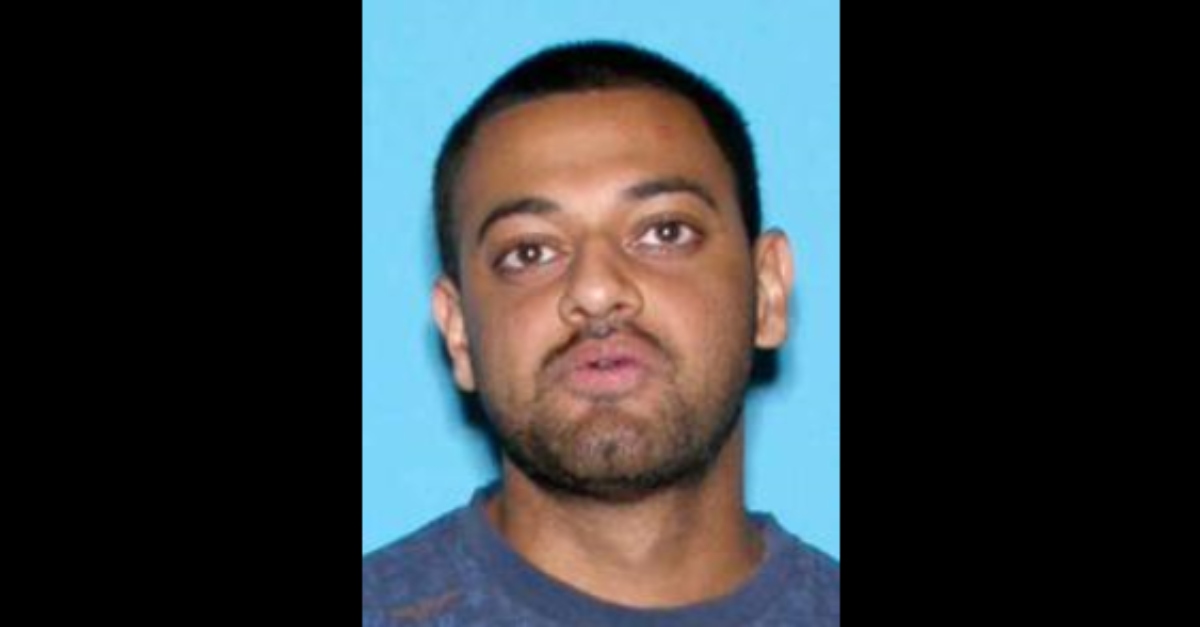 Police in New Jersey say they’re looking for a man who made false orders for pizza, and said he hoped Italians got the novel coronavirus (COVID-19). Sudeep Khetani, 34, is wanted for theft, according to the South Brunswick Township Police Department.

The suspect’s m.o. is that he’d call in large orders of food, and either said he’d pick it up, or that this order was meant for police. Local cops said it’s not unusual for people to treat officers to meals, but Khetani stiffed the restaurants.

“In several of the follow-up calls the pizzerias made to the phone number that placed the order, Khetani would make statements about Italians and wished they would be afflicted with the coronavirus,” police said. “In total several thousand dollars have been lost by the pizzerias from the fraud in three counties.”

The suspect allegedly made large orders from at least four local pizzerias, and a deli over the past month, officers said. Establishments in Montgomery, Plainsboro, and West Windsor were also targeted, cops said.

“Detectives said Khetani is currently charged with theft, additional investigation is being conducted to determine if the crimes were bias in nature,” cops said. “Authorities are also looking at the series of cases as potential cyber harassment.”

Officers said that Khetani used a “voice override service” to hide his phone number, but detectives were able to find him anyway. They suggest he’s down in Orlando, Florida, and said he is on probation in the Sunshine State for selling fake Disney World tickets. Police said they’re working with local authorities there.