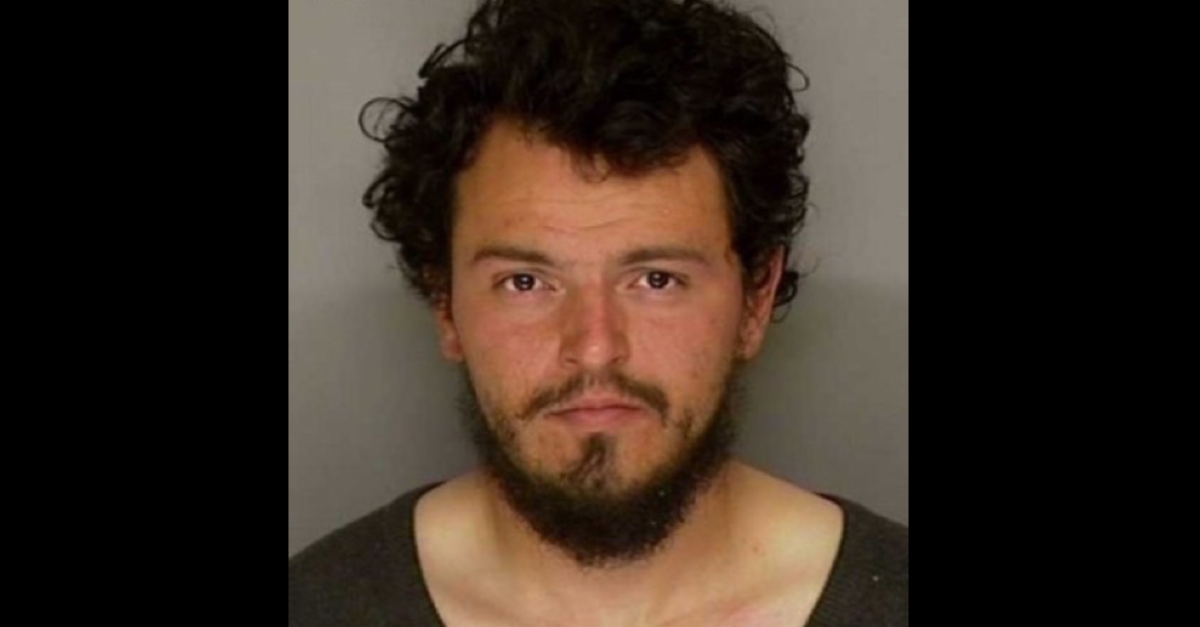 A man went on a shooting spree this week, killing one person and injuring four law enforcement officers, say deputies in California. The suspect Mason James Lira, 26, is dead, according to the San Luis Obispo County Sheriff’s Office.

Paso Robles officers said on early Wednesday morning that the suspect (Lira) started shooting at the police building, and patrol cars. Two Obispo County deputies arrived to help cops, but Lira shot one of them in the face, authorities said. From officials:

The second Deputy returned fire at the suspect. This Deputy then grabbed his wounded partner and removed him to a position of relative safety where he rendered medical aid.

The injured deputy was later identified as Nicholas Dreyfus, 28. The sheriff’s office said he joined them in October 2018. They described him as being in “guarded condition” with a “good” prognosis.

Deputy Nicholas Dreyfus is in guarded condition. All of the Sheriff’s Office has him, his wife, and his friends and family in our thoughts at this time. pic.twitter.com/uGEmZqSisd

That same day, a body was discovered by the Amtrak station at 8th Street and Pine Street in Paso Robles. The victim, an adult man who was later identified as homeless, had been shot in the head at close range, authorities said.

Check out this video that @ajagoare obtained. It shows the #PasoRobles shooting suspect buying a drink and food at the Chevron station around 2 a.m. Aja says the clerk called police after the suspect left and police swarmed the area. @KSBY pic.twitter.com/cxLclHHBjq

A manhunt ensued. Officials identified Lira, who they described as a transient. Deputies say the search ended after they received a report of an officer shot in Paso Robles. Law enforcement arrived at the scene, saved the wounded officer, and found Lira, according to the account. There was a shootout. Officials say Lira opened fire, wounding two of the police officers.

The situation ended after Lira allegedly tried to hide in a riverbed. Per a press release:

The suspect attempted to flee from the riverbed towards Highway 101 when he was shot by law enforcement officers. Mason Lira was pronounced deceased at the scene of the shooting. Officers found Lira in possession of two handguns that are believed to have been stolen from a commercial burglary in the City of San Luis Obispo a few days before the shooting of the Sheriff’s deputy on June 10th.

Besides Dreyfus, the officers are all said to have sustained non-life threatening injuries.

Investigators are describing Lira’s attack as an ambush. The suspect’s father Jose Lira told The Associated Press that his son had been diagnosed with schizophrenia, Asperger’s syndrome and attention deficit hyperactivity disorder. He said he believed the police station shooting could have been a suicide attempt.

“He lives in a fantasy world,” said Jose Lira, who claimed his son often believed himself to be a soldier or special agent. “He doesn’t have a beef with the police.”

In any case, he voiced fear of the suspect amid the manhunt.

“My son is very dangerous,” he told The New York Times. “I slept with a gun in my bed last night because he’s threatened all of the family.”