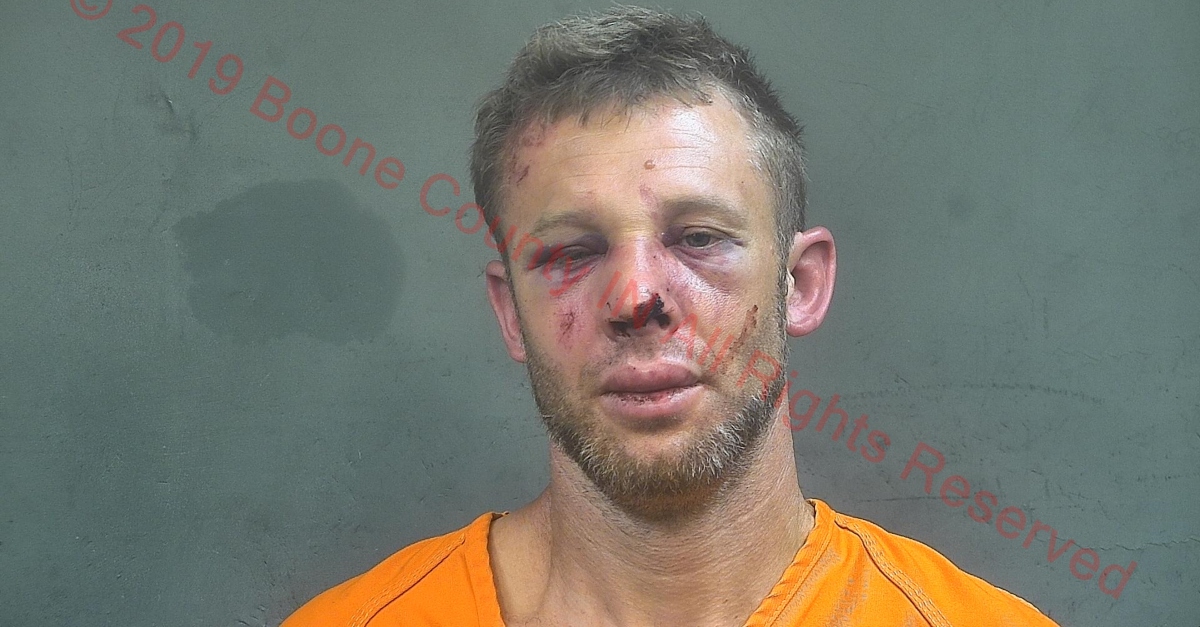 Grandparents to a six-year-old girl said they woke up to a horrifying break-in. A man kicked down the door, and wanted to take the child, they said. Benjamin Dillon faces charges including burglary of a dwelling, resisting law enforcement, and intimidation, court records show.

This allegedly happened back on June 3.

“I was nervous, very nervous,” grandmother Patty Roth told Fox 59. “I was shaking so bad.” She said she was sleeping when a man kicked his way into their apartment, and claimed they had his daughter.

Dillon allegedly wanted to run off with the child. Grandfather Martin Roth got him out of the apartment, authorities said. Cops arrived.

The defendant claimed there was a girl in the residence “being raped,” and that the child was his daughter, police said according to WTHR. None of that was true, and the Roths said they had never seen this man before, authorities said.

Dillon allegedly didn’t submit quietly to authorities. Police claim he threatened and fought them. They used a Taser on him.

Patty Roth said she had no idea why Dillon picked their home.

“I’ll never figure that one out,” she said.

The Roths suggested that he was on drugs. Dillon does have a drug-related criminal record.

Patty Roth said she hoped he’d get the help he needs, but wished he would stay away. She said he’ll “regret it” if he ever tries to enter the apartment again.

State court records don’t name an attorney of record for the defendant. He is scheduled for a pretrial conference to take place July 24, and a trial to begin September 11.