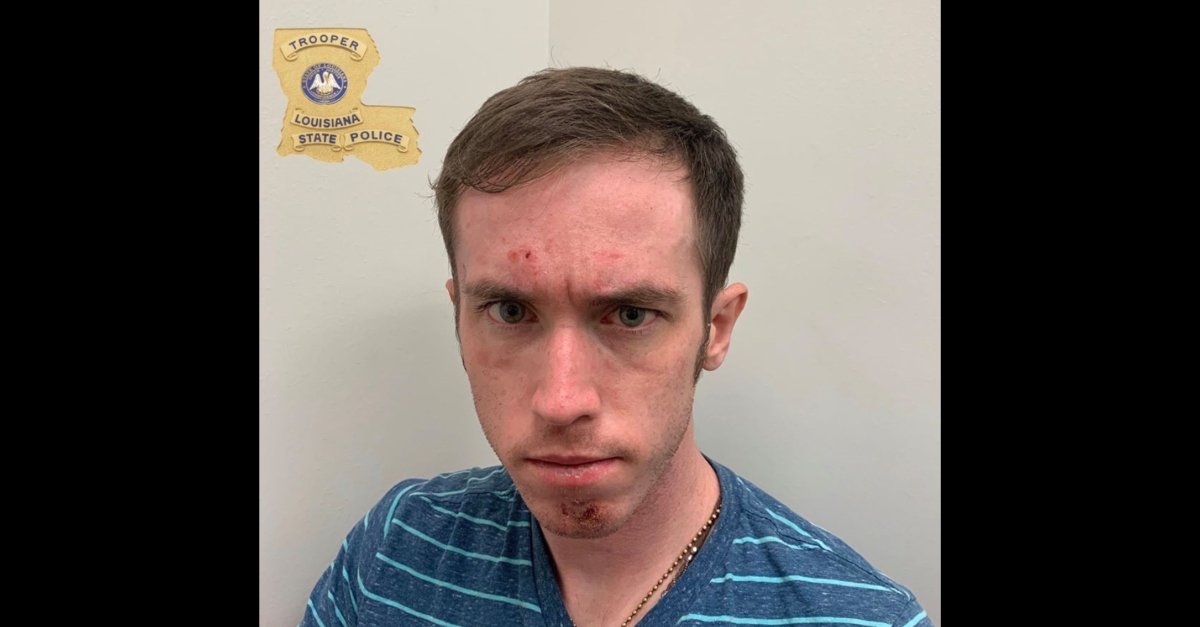 The Louisiana State Police say they’re looking for more possible victims of an alleged abuser. This defendant pretended to be 18-years-old and handicapped in order to deceive a health care provider into changing his adult diaper, authorities claim. Rutledge “Rory” Deas, 29, was arrested Wednesday, and charged with 10 counts each of sexual battery and human trafficking (labor), as well as one count of possession of a schedule II controlled dangerous substance.

Troopers alleged that Deas lied on social media ads. The defendant stated that he was trying to get home health care for his mentally and physical handicapped 18-year-old brother “Cory,” authorities said. Deas managed to get a provider to come in and do the work, according to officials. But the patient allegedly wasn’t 18-year-old “Cory.” It was 29-year-old Rutledge Deas, cops said.

He allowed the provider to change his adult diaper so he could become sexually aroused, officials claim. All the while, the defendant allegedly pretended to be handicapped.

According to investigators, the alleged victim did work for him on at least 10 times. This person, however, figured out something was odd, and later discovered that this “Cory” was actually Deas, said the LSP.

Brother “Cory” didn’t exist, cops said. Officials now suggest that there could be more victims besides the health care provider. From a statement on Facebook:

Anyone suspected of being a victim of Deas is urged to contact LSP Detectives at 504-310-7000.

Orleans Parish Sheriff’s Office records show that Deas remains locked up as of Sunday. No court date is set. It’s unclear if he has an attorney in this matter.