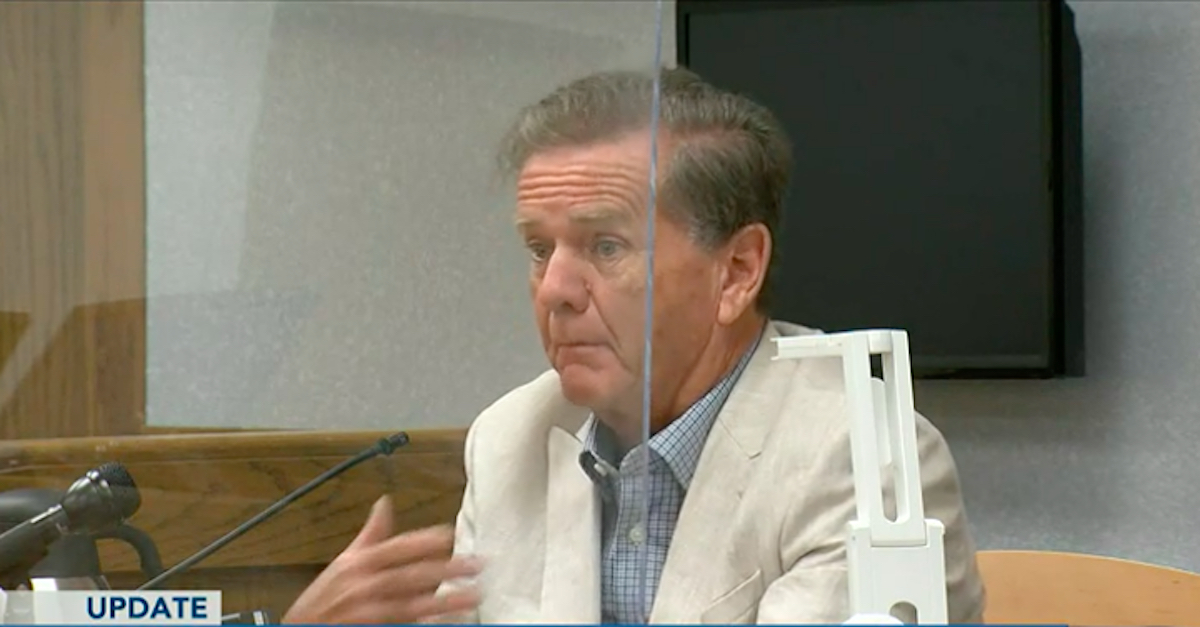 The ex-child actor best known for his role as the werewolf Eddie Munster in the 1960s monster comedy “The Munsters” made a surprise appearance on Monday as a witness in a Wisconsin murder trial after defense attorneys suggested he was behind the killing.

Butch Patrick, born Patrick Alan Lilley, was called to the witness stand by defense attorneys representing Cindy Schulz-Juedes, 67, who is charged with the 2006 murder of her husband, Ken Juedes. Schulz-Juedes’ attorneys have argued that Lilley is one of five other people who were actually behind Juedes’ murder, Wausau CBS affiliate WSAW-TV reported.

The 58-year-old Juedes was fatally shot in his home on Aug. 30, 2006. Prosecutors have argued that Cindy, who was arrested in December 2019, put two bullets in her husband to reap the benefits of his multiple life insurance policies.

The defense has pointed the finger at five people, including Lilley, whose motive to kill Juedes allegedly stems from a lawsuit filed by the Juedeses accusing a man of fraud involving the land where Monster Hall Raceway was located.

According to WSAW, Juedes sued Randall Landwehr for $300,000 in connection with a brewery business in connection with Monster Hall Raceway, which Juedes co-owned. Prior to the suit being filed, Lilley’s mother had reportedly invested $10,000 in Landwehr’s brewery. Juedes won the suit in 2006, which reportedly resulted in all of Landwehr’s investors, including Lilley’s mother, losing their investments.

After the suit was closed, Juedes reportedly sought to file criminal charges and an investigation was opened by the sheriff’s office that remained active through his murder. Cindy’s defense team has claimed that because of Juedes’ continued pursuit of fraud charges, Lilley, Landwehr, and three other brewery investors had him killed.

Testifying on Monday, Lilley reportedly said he had nothing to do with Juedes’ death and first heard his name in connection with the investigation in 2012.

“I was in the process of booking an event when someone says, ‘Have you seen the National Enquirer today?’ I said, ‘No,’ and when I looked it up I noticed I was on the cover with the headline that says, ‘Munster Murder Bombshell at Monster Hall’ and that’s how I found out about my invol—supposedly my involvement in it,” Lilley said, according to WSAW.

The 2012 article was later retracted at the request of Lilley’s attorney.

Lilley reportedly told the court he did not know with certainty where he was the day Juedes was killed but said he had recently learned that he was in Atlanta the following weekend to attend an event. He said he had not done any additional work to pinpoint his whereabouts on Aug. 30, 2006. Lilley also reportedly confirmed that he knew the other four people being accused of the murder.

Multiple witnesses from the police crime lab testified that there was no evidence from the scene of the murder that indicated any of the five men being accused by the defense were in Juedes’ home, WSAW reported. That included three pieces of evidence—two pieces of paper and a knife that had been driven into a pillow—from which investigators were able to get usable fingerprints. However, Madelyne Weismantel, a fingerprint analysis expert, reportedly testified that the prints couldn’t be matched to Cindy either.

“The main reason was because of the creasing of the fingers, which happens as we age, it’s a natural process; the older we get the more creases your fingers have and so that deterred me from making an identification,” Weismantel reportedly said.

Both sides are preparing to give closing statements as the trial likely comes to an end on Wednesday.