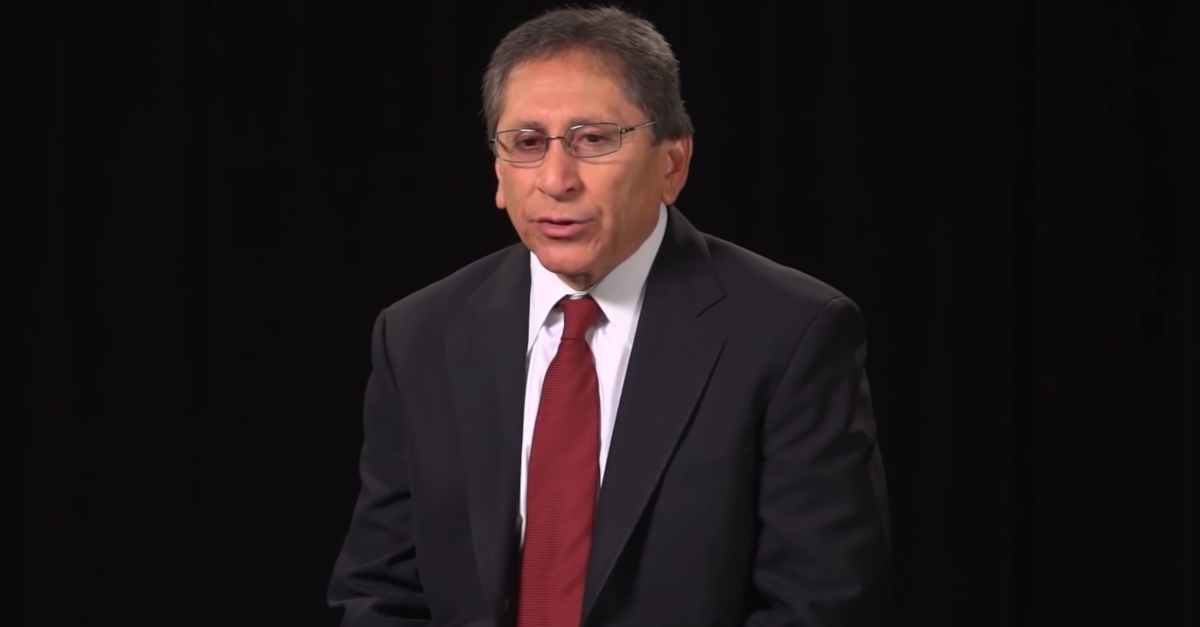 Alleged wrongdoing by convicted murderer Jodi Arias prosecutor Juan M. Martinez wasn’t enough to get her a retrial, but it was enough to leverage Martinez out of his job. In Friday court documents, Martinez agreed to be disbarred. But to be clear, he continues to deny the claims against him.

“I acknowledge that charges have been made against me,” he wrote in a document obtained by Law&Crime. “I have read the charges. I have denied the charges and continue to do so. Nevertheless, I no longer desire to defend the charges but wish to consent to disbarment. My consent is not an admission.”

“I have been advised of and have exercised my right to be represented in this matter by an attorney, and I am fully satisfied with the legal advice and services provided to me by my attorney. I consent to disbarment freely and voluntarily and not under any coercion or intimidation,” Martinez continued. “I am aware of the Rules of the Supreme Court with respect to discipline, disability, resignation and reinstatement, and I understand that any future application by me for admission or reinstatement as a member of the State Bar of Arizona will be treated as an application by a member who has been disbarred.”

Martinez was the Maricopa County prosecutor credited with winning a guilty verdict against Arias, who was on trial in the 2008 murder of Travis Alexander. The post-conviction process was complicated by allegations of harassment and sexual misconduct against Martinez. It was also claimed he had a relationship with a trial blogger and told her a juror’s identity in the Arias case.

The convicted killer’s defense lost their bid for a new trial, but not without some dings to Martinez’s work. Terry Crist of the Arizona Attorney General’s Office said in a hearing last October that there was some misconduct in the case, but nothing that resulted in jury prejudice. In denying the defense’s request, Judge Jennifer B. Campbell nonetheless described Martinez as “hostile” and “aggressive,” stepping over the line at times in the trial in how he communicated with defense witnesses and the jury.

“Contrary to these legal principles, and in violation of his ethical duties, the prosecutor in this case regularly used aggressive questioning techniques and innuendo to intimidate and malign defense witnesses,” she wrote.

Juan Martinez consents to disbarment by Law&Crime on Scribd

Cathy Russon and Matt Naham contributed to this report.