A 33-year-old Idaho man accused of stabbing his girlfriend to death and killing his dogs sometime last weekend went on to post countless disturbing things on Facebook in the aftermath. Philip Schwab, an apparent Idaho Falls Zoo volunteer with no prior violent criminal history, was charged with first-degree murder after his girlfriend Kaylynn Blue, 33, was found buried in her backyard on Monday.

Co-workers and family members who knew Blue alerted police on Monday when they became concerned that the victim did not show up for work for two days. When authorities went to her home, it was the murder suspect who answered the door. Police said Blue was found dead and buried in a shallow grave in a flower patch in her backyard. Blue lived at the home with Schwab and his mother. Schwab’s mother was reportedly not at the home for an unspecified number of days.

Idaho Falls Police Chief Bryce Johnson described the scene to EastIdahoNews.com as “disturbing,” and the killing as “one of the more brutal crimes we’ve seen.”

A portion of the police affidavit: 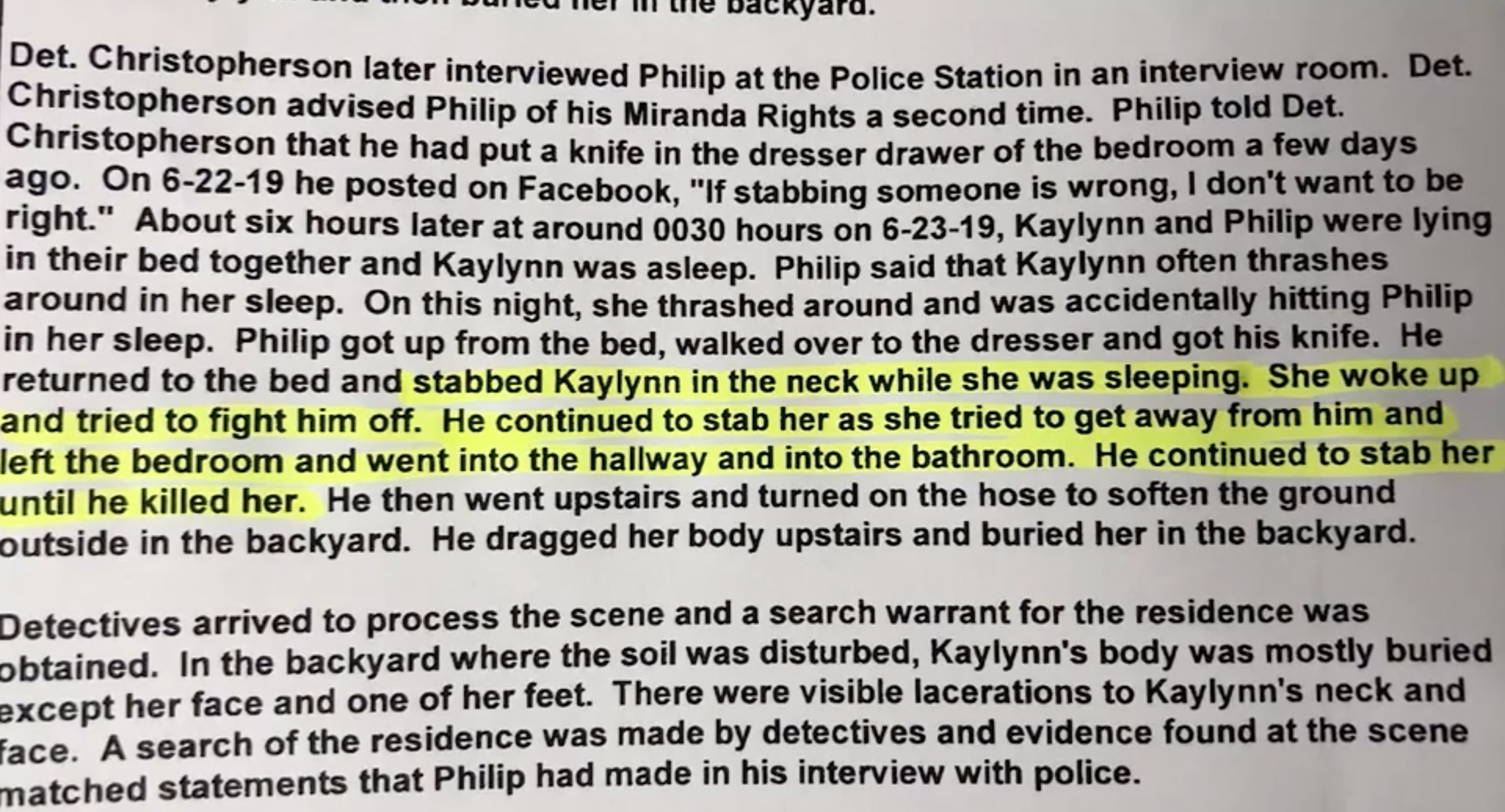 Schwab is also accused of stabbing two of his dogs to death and tossing them in the trash.

In between the date Blue is believed to have been killed–either late June 22 on Saturday or early June 23 on Sunday–and the discovery of her body, numerous disturbing messages were posted on Schwab’s Facebook page. At the time of this writing, the privacy settings on that page are still set to public. Schwab allegedly admitted that he stabbed his girlfriend in the neck after midnight on Sunday, continued to stab her has she tried to escape into a bathroom and then dragged her body to the backyard before burying it.

Here are a few of the messages (many of them unintelligible) that were posted on Schwab’s Facebook after the killing took place: 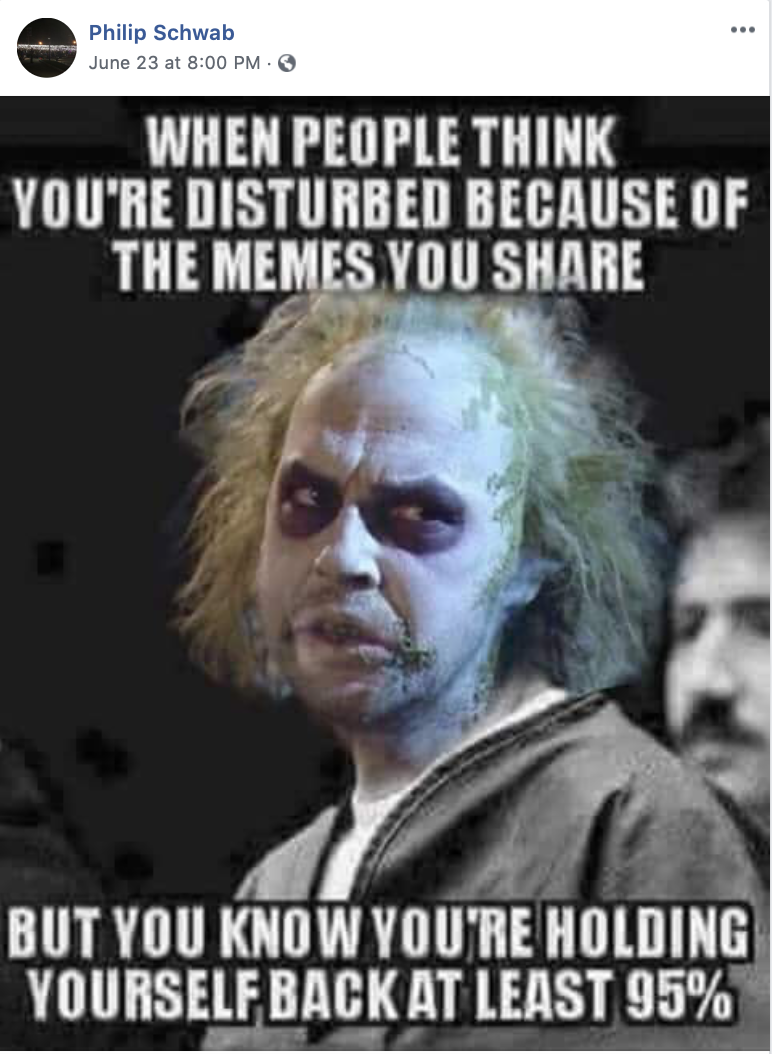 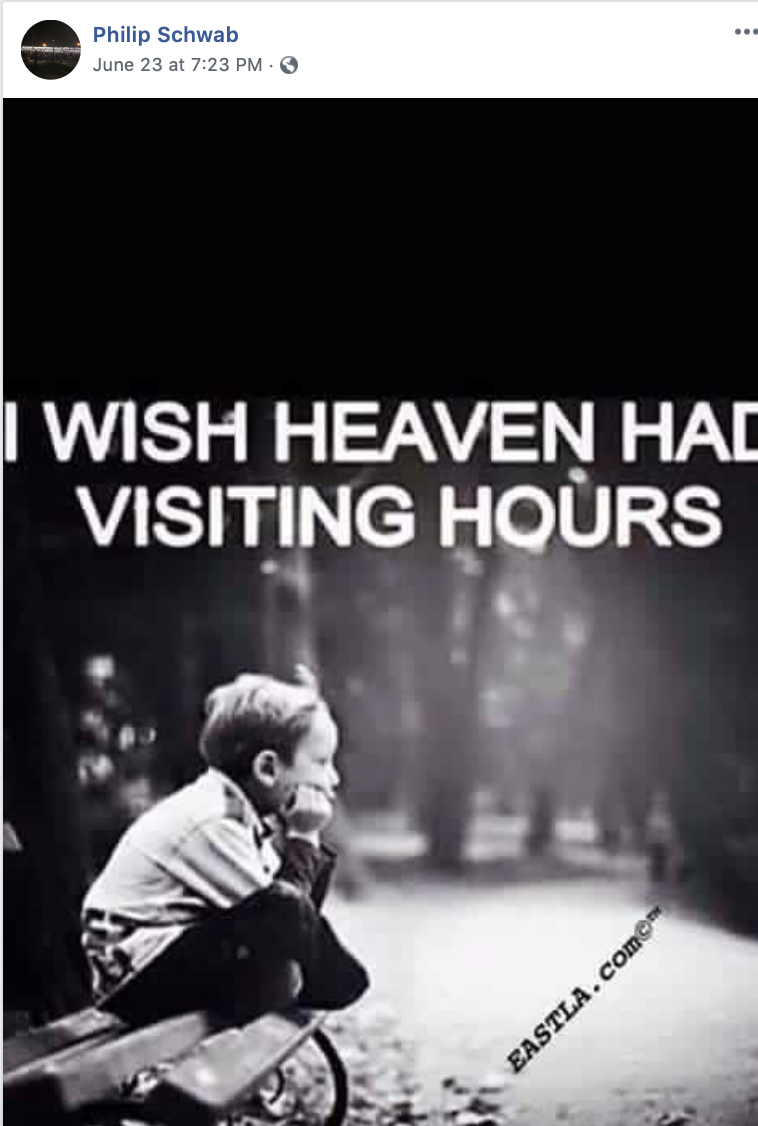 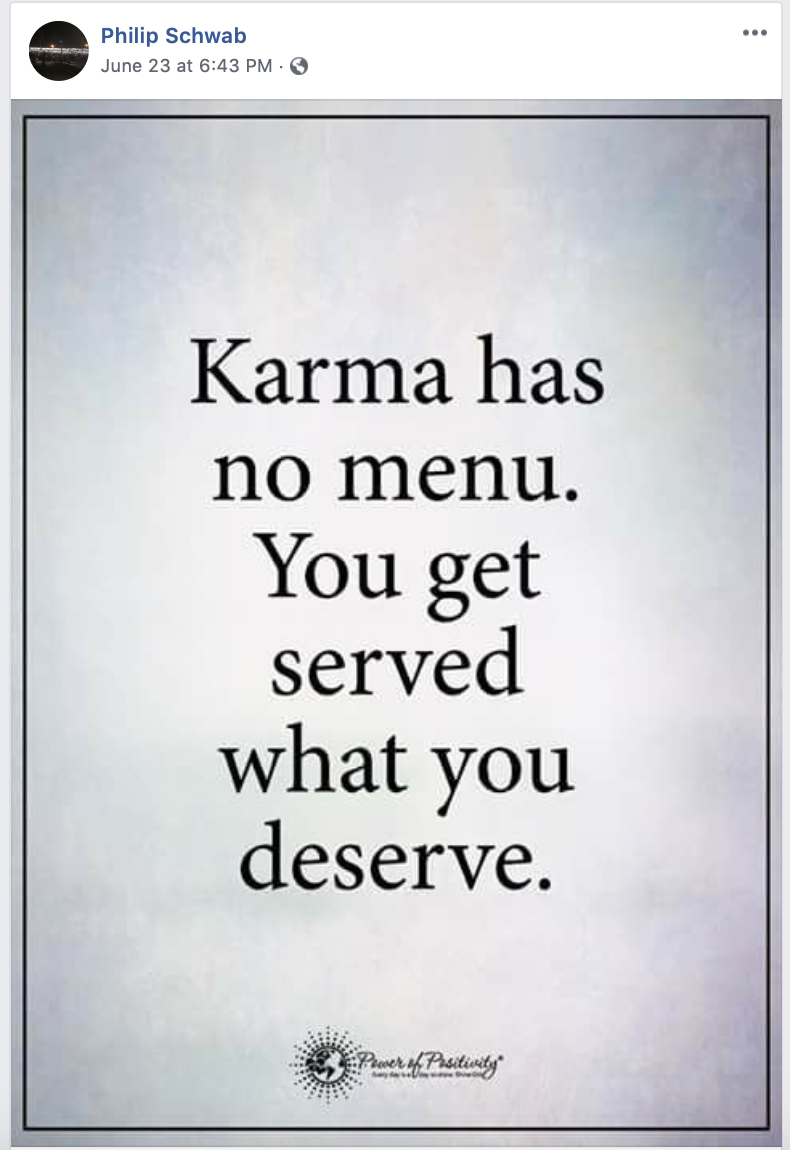 Other messages that reportedly appeared online: “If stabbing people was wrong I don’t want to be right!”; “What would I be doing with a shovel, bitch?” “How to get away with murder…twice”; “it was a small protest”; “but that it was easy.” 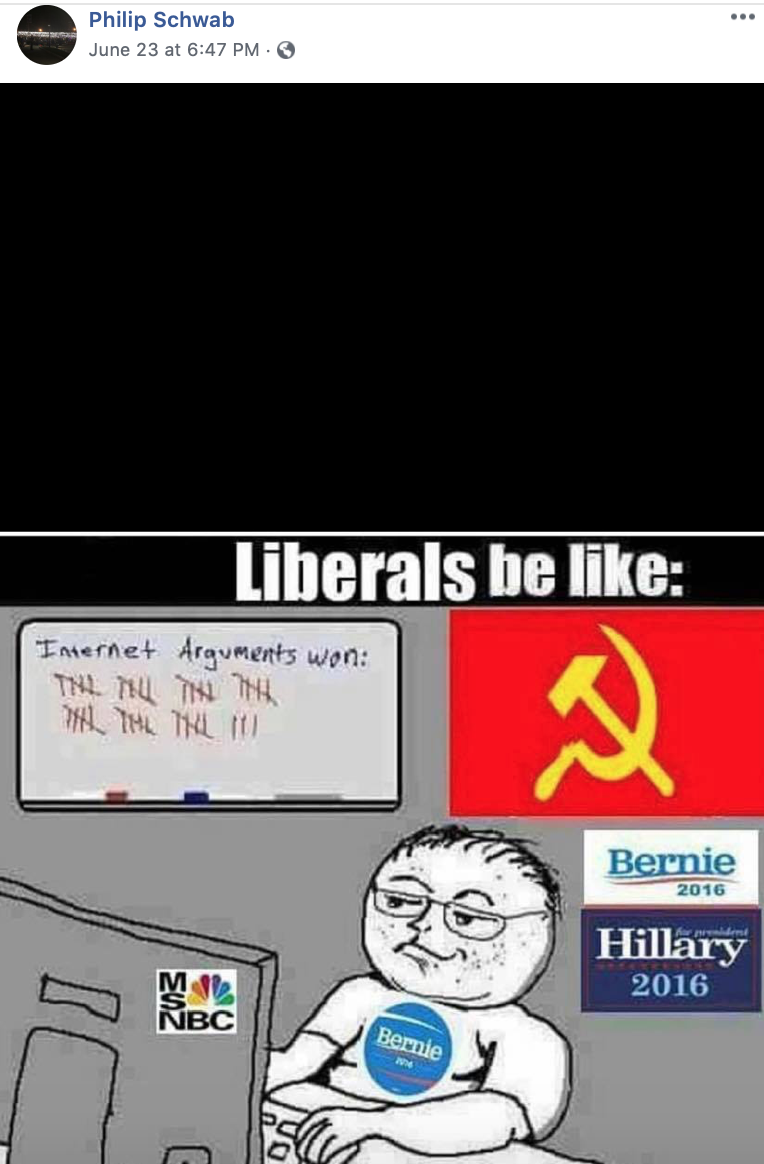 There’s also still a YouTube video online featuring both the victim and the defendant.

Brittany Kochar, Blue’s sister, remembered her loved one as “an amazing sister and friend and had the biggest and kindest heart of any person I know. Your love of your family, friends and especially your niece will never be forgotten and always missed. So many love you. I will never forget you and will love you forever.”

Schwab remains locked up at the Bonneville County jail. 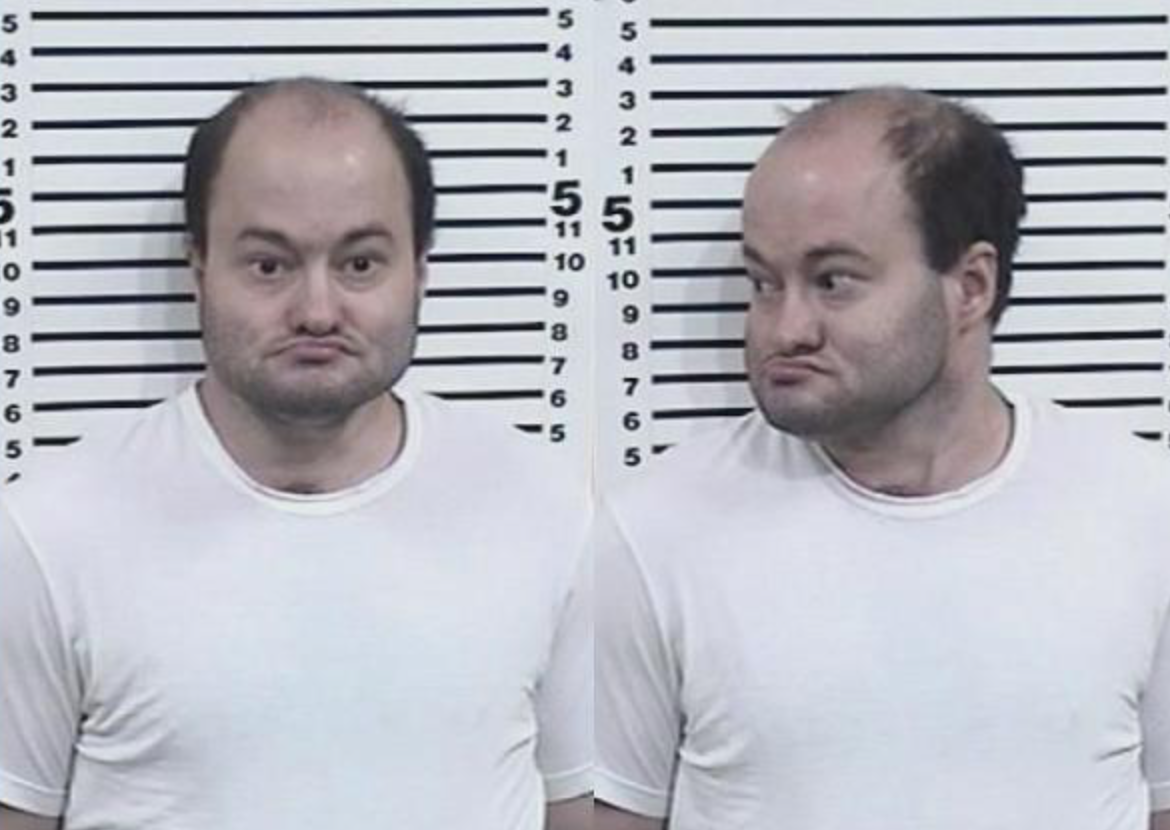 According to the Post Register, Schwab appeared for his arraignment in court on Tuesday by video and expressed his intention to 1) plead no contest and 2) to do so without having a public defender. A preliminary hearing has been scheduled for July 9.