Eleven days after Gretchen Anthony was last seen in her Jupiter home, her husband was arrested in New Mexico for her kidnapping and murder. But where is she? https://t.co/OZVzQMDRoy pic.twitter.com/NZuL9WdCnP

The suspect is charged with second-degree murder and kidnapping, officers said. Police claim that he was the last known person to see Gretchen Anthony alive. The thing is, he recently wasn’t in Florida.

Authorities said that he was arrested Tuesday out west in Las Cruces, New Mexico. Jail records over there show that he is being held without bond, as a fugitive from justice.

But as far as officials are concerned, this case remains under investigation. They’re still trying to figure out Gretchen Anthony’s whereabouts. Cops released four pictures, which they described as showing “a black 2016 Nissan Frontier or a dark blue Mini Cooper/Clubman.” They vehicles may have been used in the crime, they said.

From the Jupiter Police Department:

Anyone with information about this case or anyone who may have seen these vehicles during this time is urged to call the Jupiter Police Department at 561-741-2235.

You can see the pictures below. 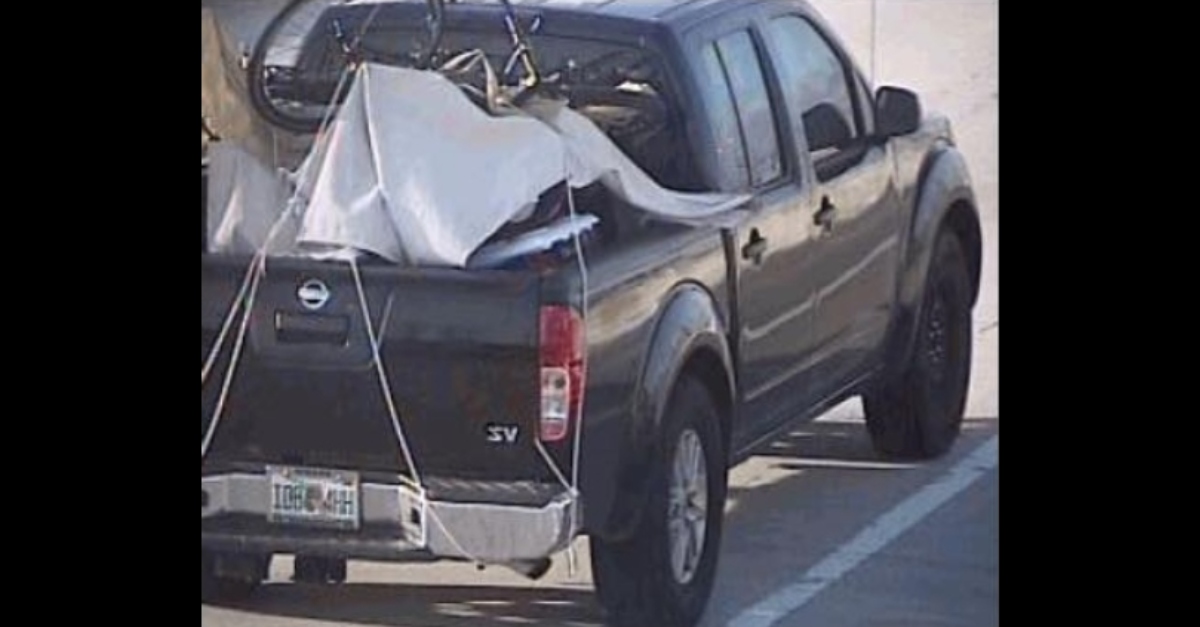 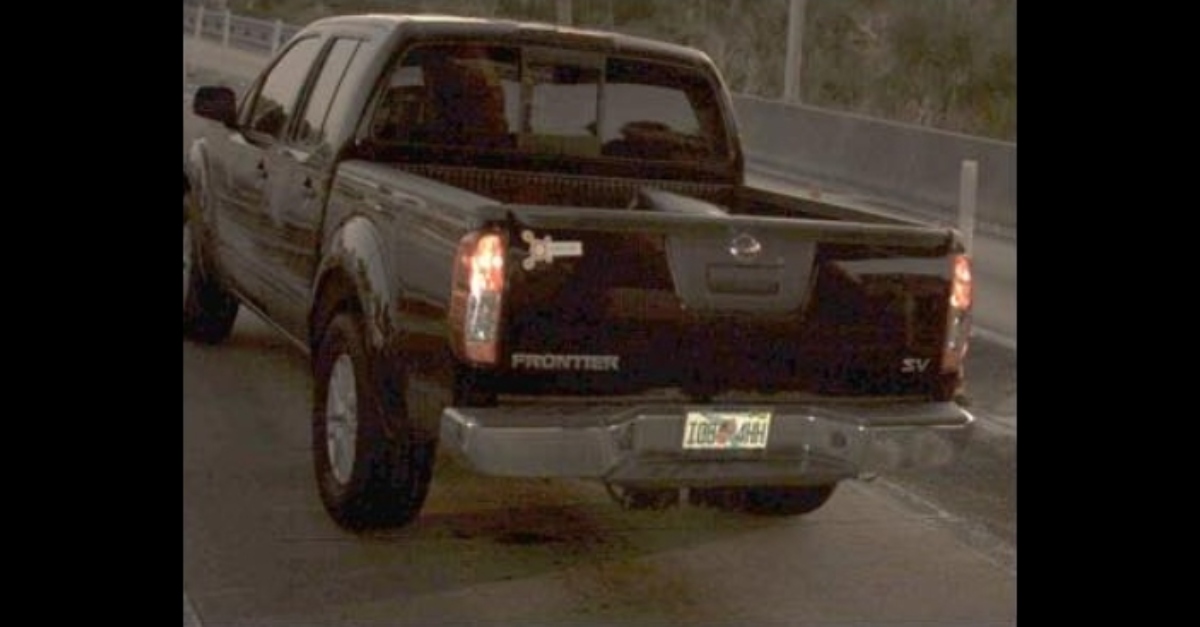 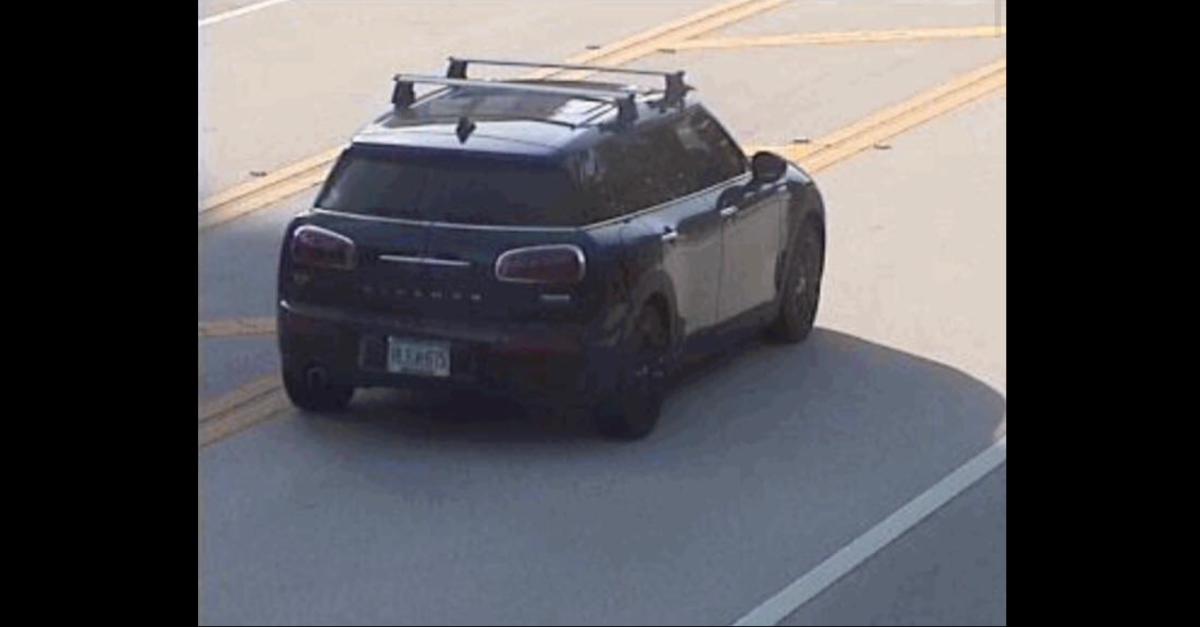 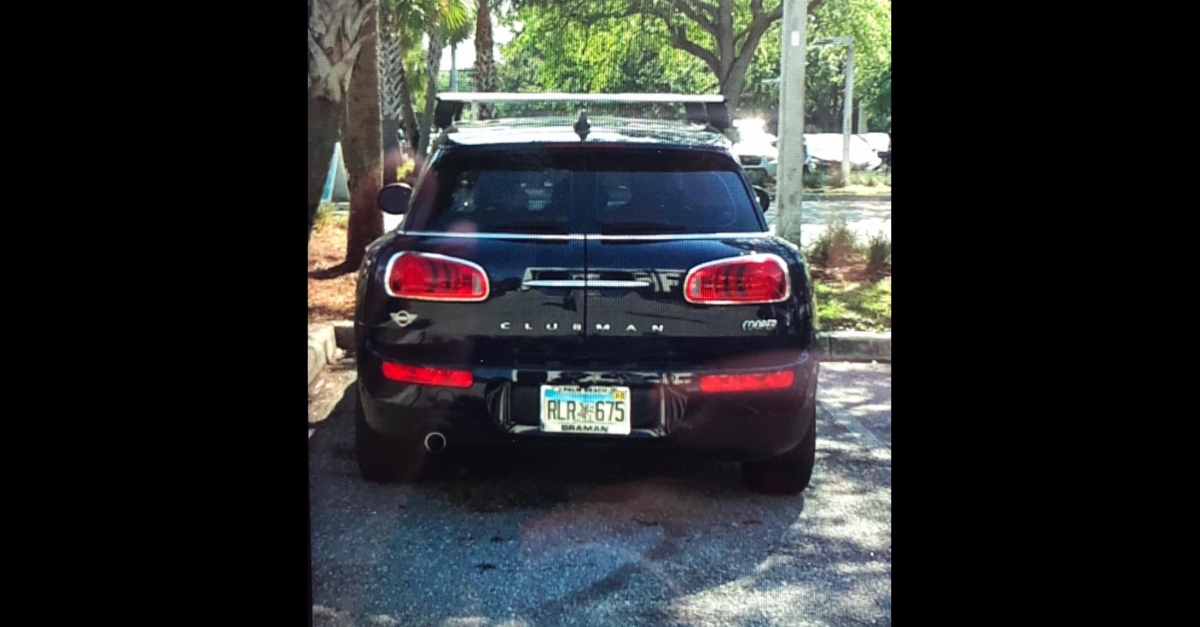 The Anthonys, who married in 2015, were in the middle of a pending divorce, according to The Palm Beach Post. The defendant was in legal trouble very recently. Riveria Beach police said that on March 14, an officer saw him “acting suspiciously by approaching young girls (approximately 15 years of age), pacing back and forth and sweating profusely.”

The officer claimed to keep an eye on the suspect, and noticed that black electrical tape was used to alter the defendant’s vehicle tag, turning a 6 to an 8. According to police, the officer questioned Anthony on how that happened, and the defendant suggested that his 12-year-old stepdaughter was responsible. She liked to play with tape, he allegedly said.

The long and short it is that Anthony started acting really nervous, and tried to leave. This escalated to a confrontation, with the defendant allegedly slamming his car door repeatedly onto a female officer’s arm.

Anthony was charged with resisting an officer with violence. No defense lawyer is named in that case.

[Image via The Jupiter Police Department]