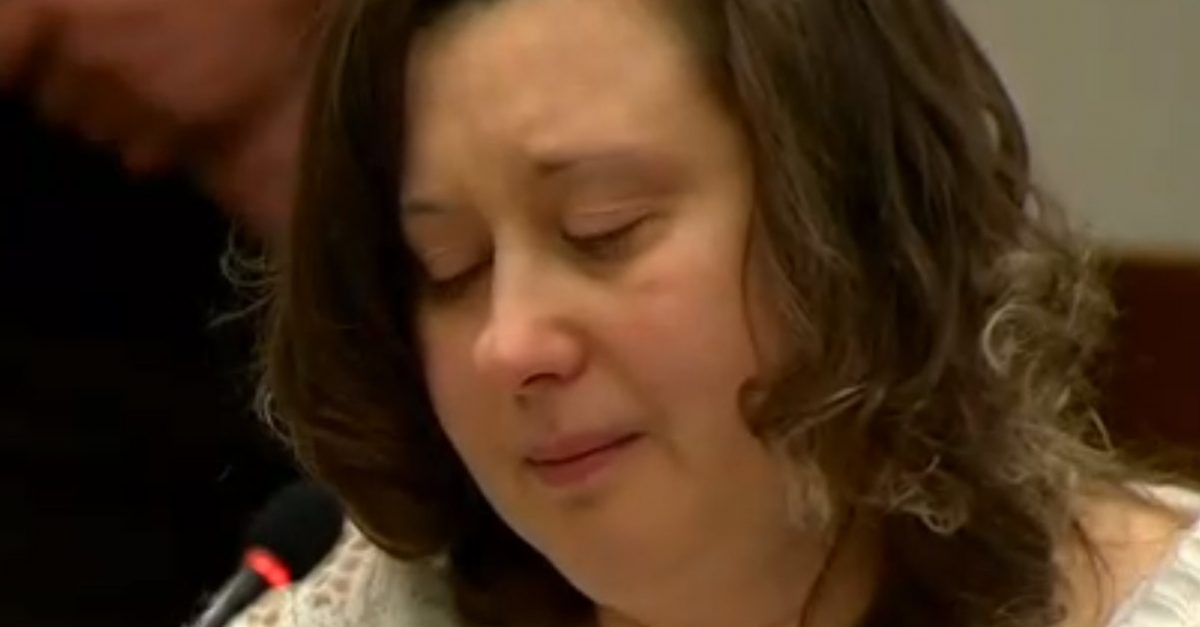 Minnesota prosecutors said former daycare provider Nataliia Karia hung a toddler from a noose, and ran over two men with her minivan, but instead of 13 years in prison, she got 10 years on probation with 20 months credited for jail time.

“I apologize and I don’t know if you will be able to forgive me,” she said through an interpreter in court Monday, according to CBS 8. “I have no excuse for what I did.”

Her defense lawyer Brockton Hunter argued that his client’s actions were “aggravated if not wholly caused” by her husband abusing her, and caused her to suffer mental illness. Karia allegedly attempted suicide after attacking the toddler and the men.

The defendant will live with her adult son from a previous marriage, and must be supervised when interacting with her young daughters and other minors. She may face 15-years in prison if she is found to have violated her probation.

Assistant Hennepin County District Attorney Christina Warren pushed for 13 years behind bars. She said the Department of Corrections was equipped to handle mentally ill inmates. The prosecutor said Karia hung the child by his neck using a homemade noose.

“This case is about that little boy who very well could have taken his last breath, and died in that basement,” she said.

The incident happened back in November 2016. The boy, a 16-month-old, was saved by a parent who had been dropping off a child. This adult removed the noose from the toddler’s neck. Karia admittedly fled the scene in her minivan, hitting a pedestrian and a bicyclist. She was taken into custody after being stopped from attempting to jump off a freeway overpass.

Karia pleaded guilty to attempted murder, and third-degree assault. On Monday, Hennepin County District Judge Jay Quam agreed with doctors that she was a “low-risk” to offend, and attributed her actions to a “perfect storm of factors” unlikely to ever happen again, according to The Minneapolis Star Tribune. He called this one of the hardest cases he ever had.