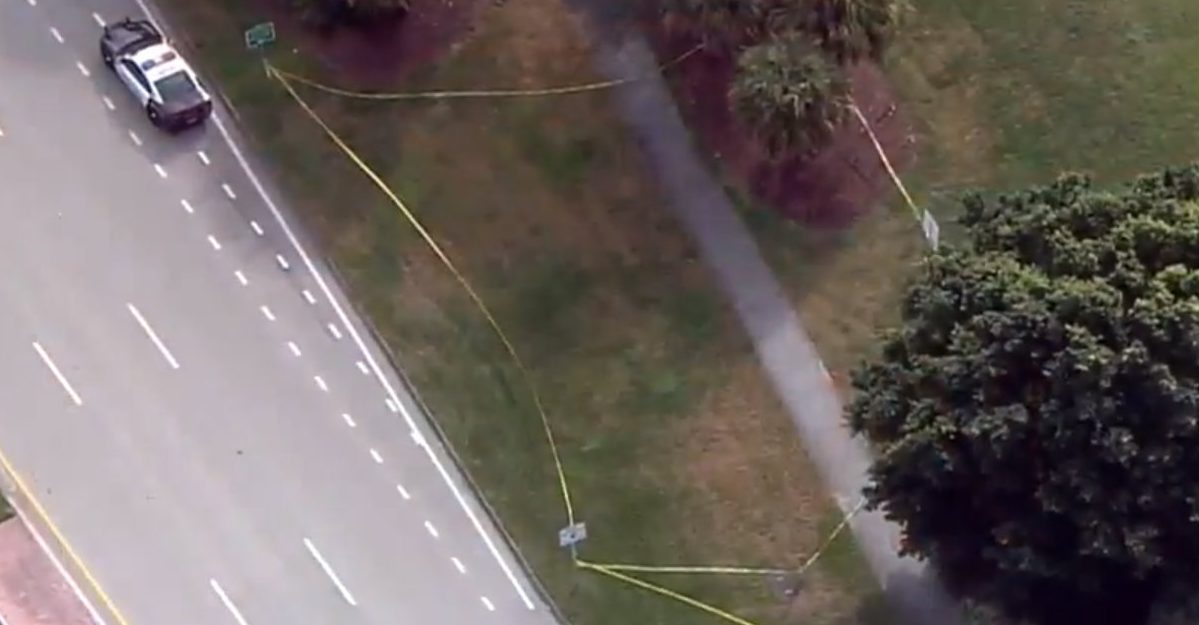 On January 25, 71-year-old Alan J. Abrahamson was found dead, shot in the chest, in an open field in Palm Beach Gardens, Florida. At first, police thought it was a homicide, but they now believe it was an elaborate suicide.

Autopsy results showed that a hollow-point bullet tore through his heart and lungs, and broke a rib. There was no available surveillance footage to show what happened, no signs of a struggle, no apparent motive for the killing, no suspect and not even a shell casing. In light of all of this and an ensuing police investigation, Palm Beach Gardens Police announced in March that this was a suicide rather than a homicide. Authorities released their findings Friday. This case is closed, as far as police are concerned.

The investigation started changing course after cops searched Abrahamson’s emails, and discovered a message showing he had purchased a 600 gram weather balloon from an online supply company last Christmas Day, according to the case report (h/t Washington Post). In another message, he asked the seller how much helium a 350-gram balloon could take without bursting.

“I have an 80-cu ft. tank,” he wrote, according to cops. “Can I empty it without bursting the balloon? If so, with an 800-gram load, what will the burst altitude be?”

Cops determined he purchased a 4o-cubic-foot helium tank. They asked friends and family of the victim if he showed interest in “weather balloons, aerial photography, welding, diving, or meteorology.” This turned up nothing. Apparently, Abrahamson never showed interest in the subjects.

Then one of the detectives developed a theory. This wasn’t a homicide, he said. Perhaps Abrahamson tied a gun to string, and attached this to the weather balloon. Then after the shot was fired, it floated off, carrying away the weapon. Even the case report’s author wrote this “seemed far-fetched,” but then said it was plausible, so investigators began doing research on weather balloons, payload capacity, the altitudes at which these burst, and distances traveled, and so on.

They discovered that a 2003 episode of CSI Las Vegas depicted the same method theorized by the detective. Then in 2008 New Mexico–real life, this time–helium balloons, tied to a gun, were discovered tangled on cactus 2o to 30 feet away from a dead body.

Cops eventually discovered Abrahamson made a second purchase for a 40-cubic-foot helium tank for a total of 80 cubic feet.

They also took a look at Abrahamson’s clothes. An crime scene investigator pointed out something “unusual.” The man’s sweatshirt was stained by blood on the upper-left side with a hole in the center, but “a long, thin, linear stain traveled from inside the circular stain to the top, left side of the sweatshirt, possibly indicating that something was in the blood and dragged across to the top of the shirt.”

Police accessed the man’s Google account, and found all sorts of searches dating back years on the “my activity” feature. Three searches in 2009 were about “Suicide,” “How to commit suicide,” and “Ways to kill yourself.” A 2010 query was about ammo, and another in 2011 discussed buying a Walther PKK.

Other searches include “Kill shot .380 caliber” (09/21/11); “Gunshot suicide” (10/18/11); “Carbon monoxide poisoning” (03/07/12); “Life insurance suicide” (04/10/12); and “Undetectable suicide methods” (03/17/16). Starting in 2016, the account showed searches about helium balloons and weather balloons. Several queries from February 21, 2017 asked how quickly does a person die from a shot to the heart. Similar searches–about suicide methods, about whether life insurance companies paid for suicide, and related to helium balloons–continued into January of 2017.

A 600-gram balloon with two 40 cubic ft. helium tanks could carry up to 3-4 or pounds, said the owner of the online supply company.  Investigators entered the relevant data into a weather balloon path predictor, the report said. Taking the weather from January 25 into account, this determined the balloon would have popped somewhere north of the Bahamas in the Atlantic Ocean.

Cops didn’t suggest a motive for the alleged suicide, but pointed out Abrahamson made payments to life insurance policies.