Kevin Cramer: ‘I Could Be Victim of Racism’ | Law & Crime

GOP Senator: ‘I Could Be a Victim of Racism, I Just Don’t Offend Easily’ 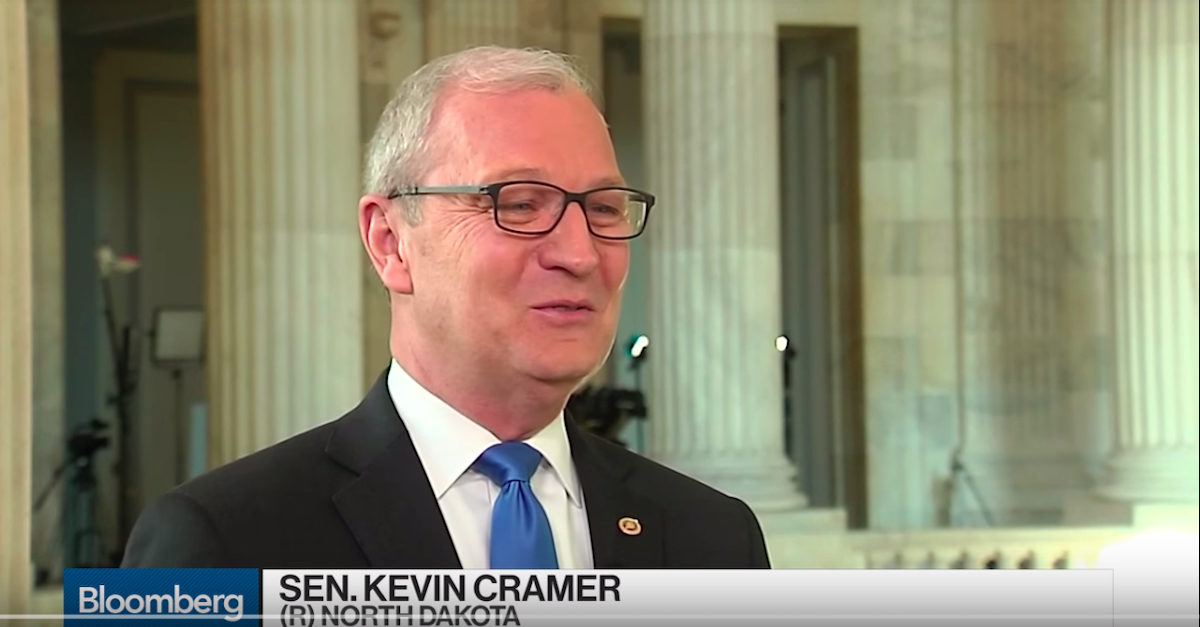 In what may be one of the more racially tone-deaf responses to the ongoing feud between President Donald Trump and Rep. Elijah Cummings (D-Md.), North Dakota Sen. Kevin Cramer (R) on Monday told reporters that Democrats were too quick to label themselves as victims of racism, saying if he weren’t so imperturbable, he too could be considered a victim of racism.

After initially deflecting a question about race by saying that he didn’t know if he was in the position to “determine whether a [racist] offense has been made or not,” Cramer said what he did know was that “members of Congress that have achieved high things don’t make very good victims.” He added that it was “always liberals that are claiming victimhood, and yet they’re paid the same as us, they have the same power as every other person that’s in Congress.”

Cramer then said “[Rep. Cummings] is not a victim of racism” before adding, “he’s been given great privilege.”

“[T]he thing that’s offensive more than anything is that…the anti-Trump folks in Congress – use their positions to keep the weird impeachment thing alive,” he continued.

Cramer even told reporters that he may have been the victim of racism in the past, perplexingly citing how people have sometimes made “snide” remarks about the state of North Dakota.

“How could you be a victim of racism?” a reporter followed-up.

Cramer, who previously served in the House of Representatives, was elected to the Senate in 2019. He was born in and currently serves the state of North Dakota whose population is 87-percent white, according to the latest census statistics.