Former WWE Star Had Gun on Her at the Airport, Told Story About Armadillo: Cops 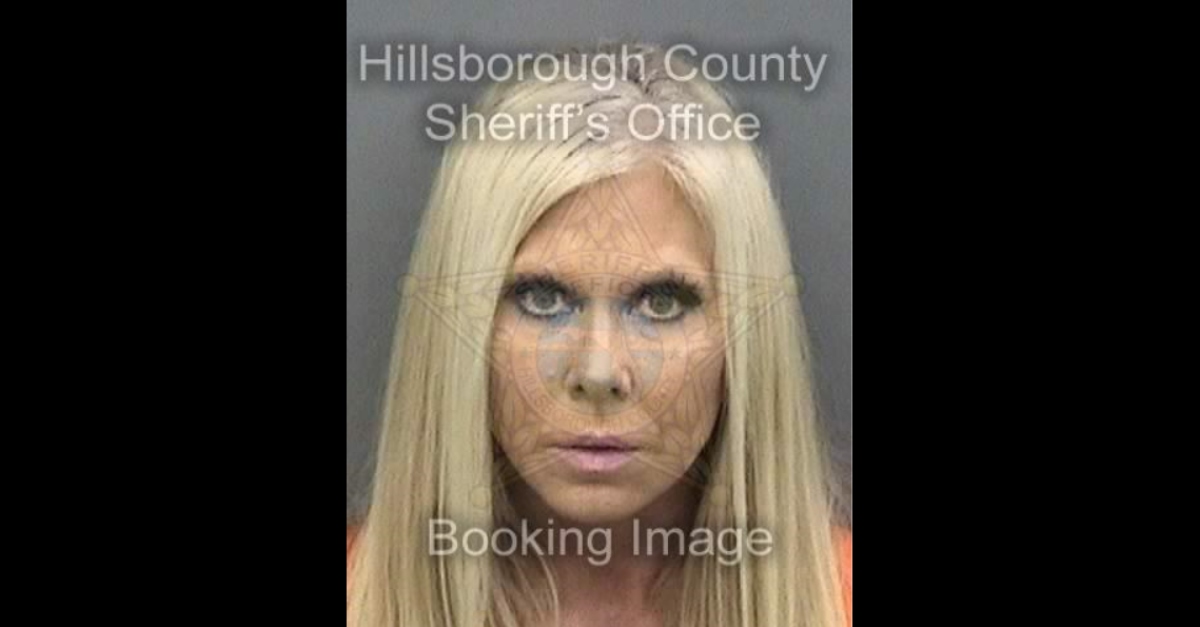 Former WWE star Terri Lynne Runnels, 52, was arrested Wednesday morning for allegedly bringing a concealed, loaded 9mm handgun to the Tampa International Airport. The defendant said that she had the gun because she had to deal with an armadillo digging up her mom’s yard. She said that she forgot she had the gun on her when she went to the airport, according to the police report obtained by TMZ. In other words, it was all a mistake, according to her alleged account.

Runnels was reportedly arrested at a checkpoint at the airport. Cops said the gun was in a sock in her backpack, with the firearm being described as a Glock 9mm. The arrest happened at 7:32 a.m.

Hillsborough County jail records reviewed by Law&Crime show that she was released Wednesday afternoon on $2,000 bond. Records did not name an attorney of record. She could not be reached as of press time. It’s unclear if any court date is scheduled.

Runnels faces up to five years in prison and a $5,000 fine if convicted of carrying a concealed firearm, a third-degree felony in Florida.

She made a name for herself as a pro-wrestling manager, most notably for former husband Dustin Runnels (the wrestler formerly known as Goldust). She wrestled here and there, even briefly winning the WWF’s Hardcore Championship. She appeared at the company’s 25th anniversary for its weekly show Raw.

The defendant worked with other wrestlers including The Hardy Boyz (Jeff and Matt Hardy), and tag team Edge and Christian.