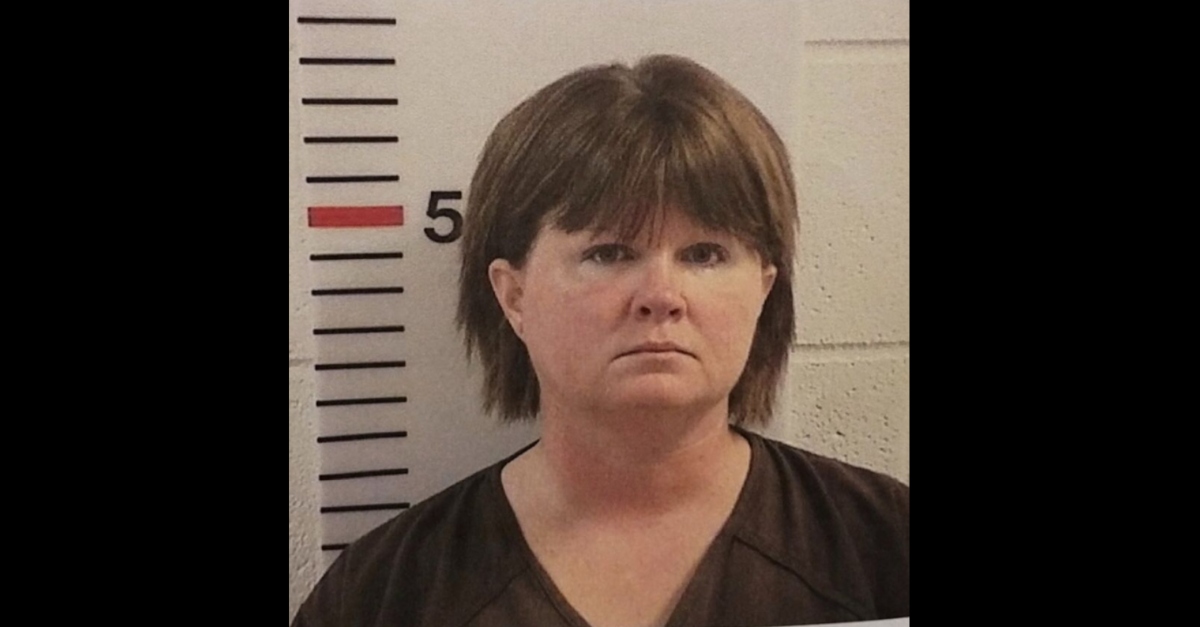 A former teacher in LeFlore County, Oklahoma has been sentenced after admittedly sexually abusing students. Janet Kaye Barnes, 44, pleaded guilty Tuesday to two charges of rape and one count of sexual battery, according to 5 News Online. Barnes is reportedly set to spend 40 years in prison.

The defendant abused two minors between January of 2014 and November 2016 as a teacher at Pocola High School, authorities said. She also committed the sexual battery charge against a third victim, said investigators. Barnes must also register as a sex offender.

Barnes previously pleaded guilty in 2012 after a 2010 incident involving a Smithville Public Schools student. She admitted to a charge of outraging public decency involving a student younger than 16 after the victim said that she sent him nude pictures, asked to have sex, and that she also exposed herself to him. He said that it felt like she was “stalking him,” authorities said.

The defendant was charged in the rape and sexual battery case back in May. She no longer worked at Pocola High School at the time the charges were announced. The victims in the case were described as being between ages 16 and 19, according to KOCO at the time. The defendant’s work contract reportedly expired when she was suspended.

The investigation started in 2016 after authorities were contacted by school officials. No charges were filed at the time, and police did not release Barnes’s name back then while she was suspended.

“We all know that high school boys are sometimes difficult to talk to,” Pocola police Sgt. Joshua Barnes told 40/29 in 2016. “Boys and girls. But when we hear about these things happening, our number one goal is the safety of our children.”