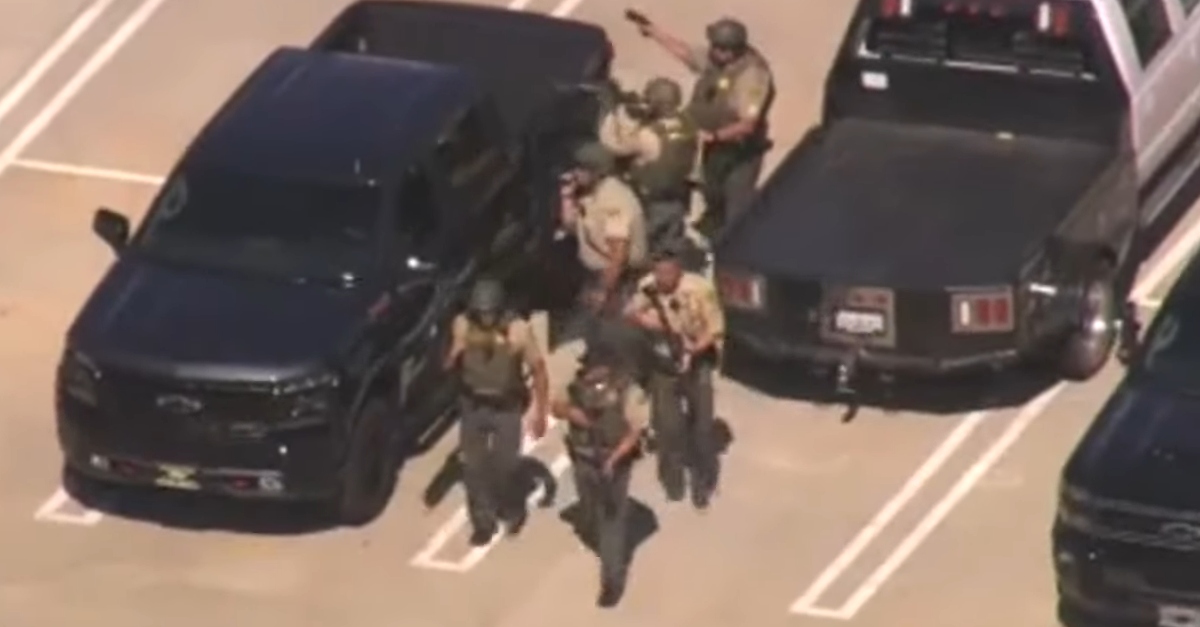 The other shoe dropped for former Los Angeles County Sheriff’s deputy Angel Reinosa, 21. Officials claimed last August that he faked being shot at by a sniper, and now they’re charging him for the alleged lie.

He faces two felony counts of insurance fraud and one misdemeanor count of making a false report, according to a Los Angeles County District Attorney’s Office statement obtained by Law&Crime. If convicted, he could spend up to five years and six months behind bars.

LASD Deputy Angel Reinosa, 21, had two holes in his shirt the day he was “shot by a sniper.” Today, investigators saw no visible injuries on his shoulder. Then, he told them he cut the holes in his shirt with a knife, there were no shots ever fired, and it was all a lie. @ABC7

Reinosa, then a deputy on training status, claimed he was shot at by a sniper while standing outside the Lancaster sheriff’s station on August 21, 2019. The defendant allegedly claimed that two holes in his uniform shirt were caused by gunfire, but he was wearing his bulletproof vest, authorities said. Hundreds of law enforcement officers responded to the scene, thinking it was a legitimate shooter.

But investigators found no shooter in the nearby area, and Reinosa eventually admitted he made the whole thing up, Los Angeles County Sheriff’s Capt. Ken Wegener said at the time. Reinosa had been investigated before the incident and disciplined over alleged dishonesty on the job, law enforcement sources told KTLA.

Officials said Thursday that he could be scheduled for arraignment as early as Friday.

Deputies quickly disowned Reinosa after the initial allegation. He was fired just a week after the incident.