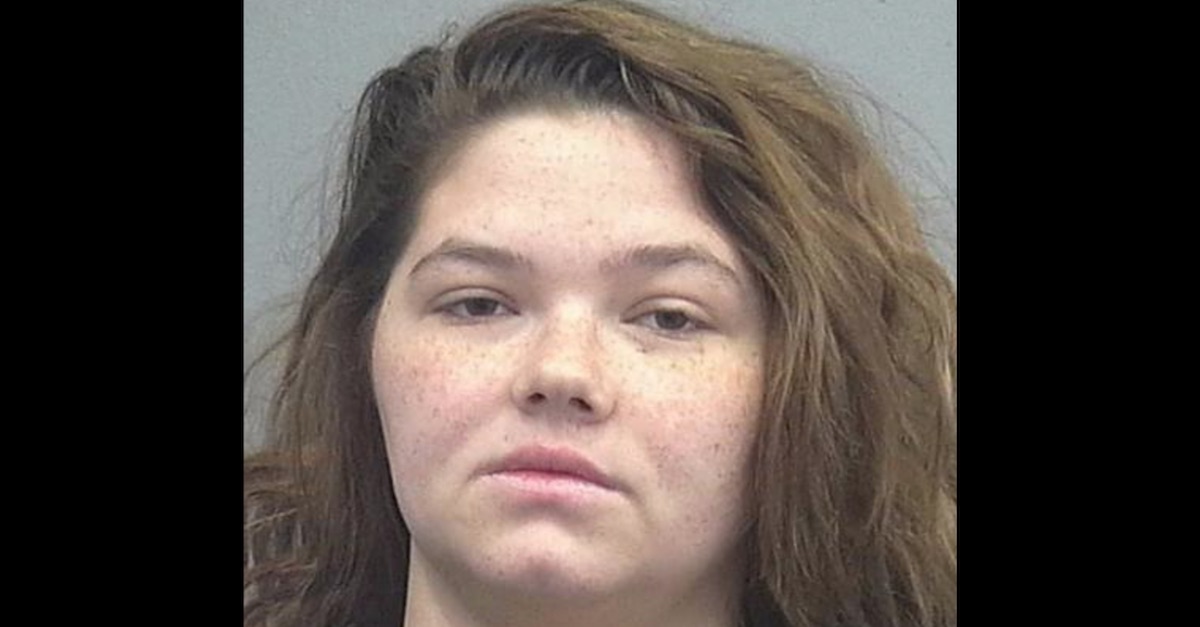 Brace yourselves, for the story you are about to read cannot be unread.

Gainesville, Florida police have arrested 22-year-old wife and mother Justice Maryie McKay for the alleged rape of a 14-year-old boy.

The Gainesville Sun reported that McKay has been charged with sexual battery after allegedly raping him in July at her birthday party. McKay is accused of using “WhatApp” to invite the minor to a room where her husband and five children were sleeping.

The teen, described as hesitant, eventually went to the room. He said he never intended to have sex with McKay, but said that’s exactly what happened.

McKay allegedly took off his clothes and had sex with him, then messaged him the next day to say she “wanted to be with him.” If that wasn’t disturbing enough, McKay is accused of picking up the boy from school on Aug. 13, driving him to her home and having sex with him again.

After that time, there was visible evidence of assault, police said. These included “hickies” and scratches.

Four days later, McKay picked the teen up from a gas station and they allegedly had sex again. Five days after that, the teen’s mom showed McKay pictures of the marks on her son’s body.

According to the New York Post, McKay was arrested on Sept. 5 and taken to the Alachua County Jail where she’s being held on $75,000 bond.

She has pleaded not guilty.