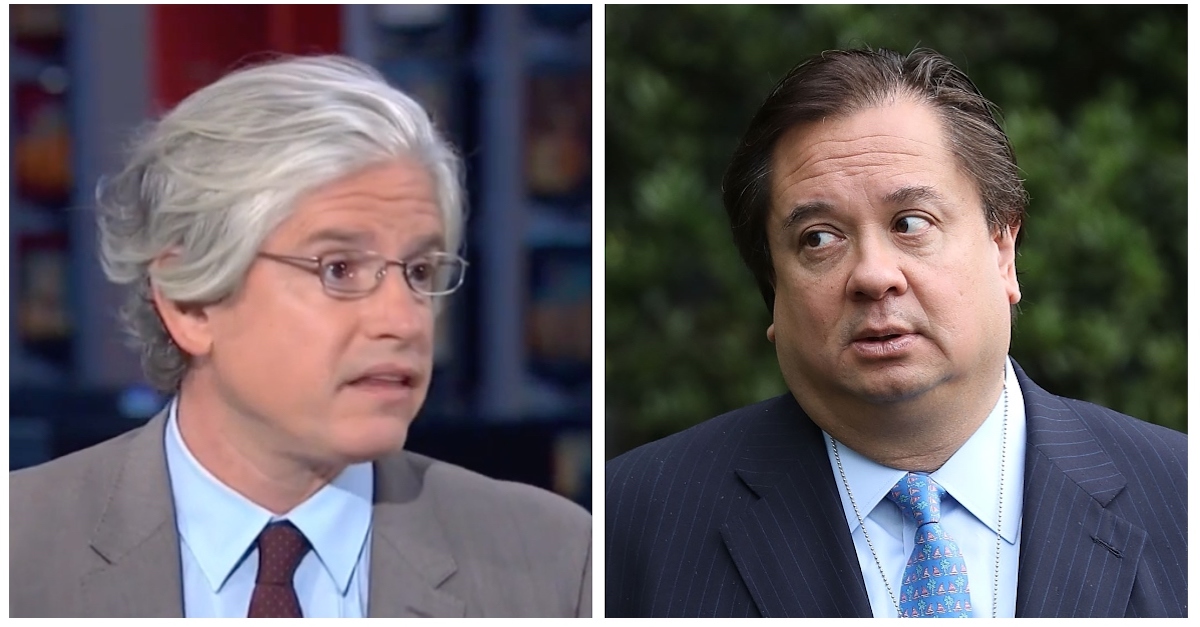 The latest “tell-all” story about President Donald Trump‘s Supreme Court nominee Brett Kavanaugh is already receiving pushback from one of the figures mentioned in it. That person is none other than Kellyanne Conway‘s husband, George Conway.

Brett Kavanaugh’s early years working with independent counsel Ken Starr and his work in the George W. Bush White House have been under intense scrutiny. Enter Media Matters founder David Brock with the op-ed, “I knew Brett Kavanaugh during his years as a Republican operative. Don’t let him sit on the Supreme Court.”

I used to know Brett Kavanaugh pretty well from my days as a conservative. ⁰⁰
Anyone who thinks he’ll be an independent and fair judge is sorely mistaken—he’ll work for the Republican party, not the American people. The Senate should vote no. https://t.co/tNlsCO8HVy

“We were part of a close circle of cynical hard-right operatives being groomed for much bigger things,” Brock said.

As Brock alluded to, he used to run in conservative circles before he “switched sides” to defend the Clintons. Eventually, he founded Media Matters.

George Conway was one of the names mentioned in the op-ed in the same breath as the words “Kavanaugh’s cabal.” He was none too pleased.

Brock opened the piece by invoking an adage from “Aesop’s Fables,” and Conway dinged him for being a “fabulist.”

Brock claimed that Conway “led a secretive group” of right-wing lawyers dubbed “the elves.” He also claimed Conway’s “go-to man” was Kavanaugh when it came to sending information about the Paula Jones sexual harassment case against Bill Clinton to Ken Starr’s team.

Here was the relevant excerpt on Conway:

Another compatriot was George Conway (now Kellyanne’s husband), who led a secretive group of right-wing lawyers — we called them “the elves” — who worked behind the scenes directing the litigation team of Paula Jones, who had sued Clinton for sexual harassment. I knew then that information was flowing quietly from the Jones team via Conway to Starr’s office — and also that Conway’s go-to man was none other than Brett Kavanaugh.

Brock claimed that this crucial info was what enabled Starr to “in effect […] set a perjury trap for [Bill] Clinton.”

Conway responded that, actually, he barely knew Kavanaugh and never spoke to him when he worked for Starr. He also said he never spoke with him about the Jones case.

Brock is a fabulist, and what he says here as far as it involves me is false. In the 90s I barely knew Kavanaugh, and I never spoke to him when he was working for Starr, let alone about the Jones case. https://t.co/WpmkXrzh3t

“What he says here as far as it involves me is false,” Conway said.