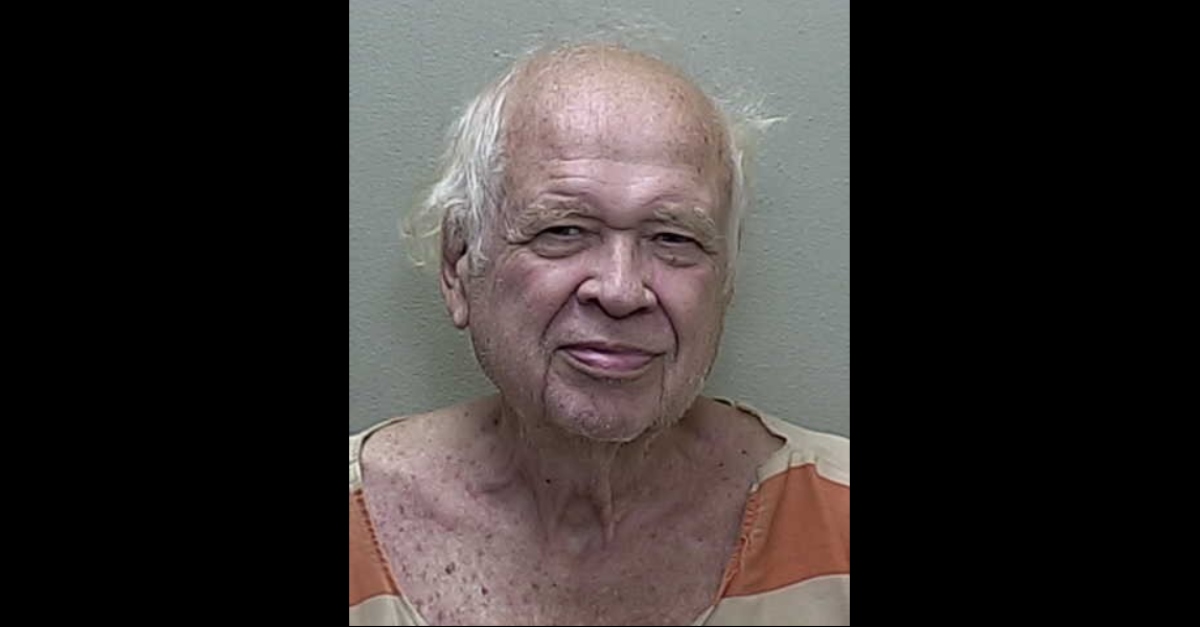 A man in Florida is in a lot more trouble after he allegedly tried to solicit the murders of four people. Now he faces five counts of criminal solicitation. Gary Bangstad, 76, said he wanted the targets “fed to the pigs or alligators,” according to the Marion County Sheriff’s Office.

Department of Corrections records reviewed by Law&Crime show that Bangstad was sentenced on October 10 to three years of community supervision in a simple battery case. Well, deputies say that he had approached a jail inmate to kill four people. He allegedly offered this person $4,000 and a car.

Apparently, that inmate wanted nothing to do with it. He told a detention deputy about the offer, authorities said.

Taking the allegations at face value, this isn’t a he-said, he-said. The inmate claimed Bangstad gave him the request in writing, authorities said. This note allegedly listed the individuals the defendant wanted dead, how he wanted them killed, the locations their bodies would be discovered, and the amount he was offering to pay. And as we mentioned before, Bangstad allegedly told the inmate that he wanted “everyone whose name was on the note to be fed to the pigs or alligators.”

Records show the defendant was adjudicated guilty in a simple battery case on October 10. It’s unclear if he has an lawyer in this solicitation matter, but so far he had been represented by the local public defender’s office.

Law&Crime reached out to his lawyer in the simple battery case for comment, though records show the office filed a request to withdraw from his case. They cited a conflict of interest. A judge reassigned this case to the local Criminal Conflict Regional Counsel. A spokesman for that office, however, told Law&Crime over the phone that he could not confirm if his office did or did not represent Bangstad.

The defendant was arrested in the solicitation case on Wednesday, authorities said. He remains at Marion County Jail without bond.