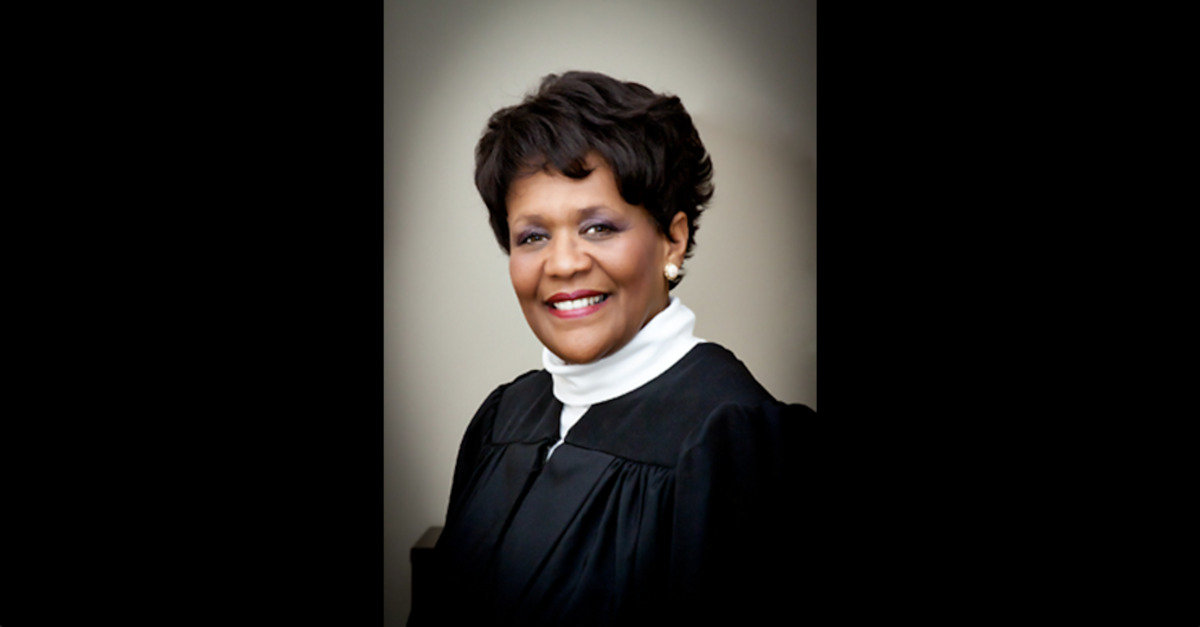 A judge in Florida pretended to be her son’s lawyer following his arrest for allegedly shooting someone. The son is now charged with attempted second-degree murder.

“Judge Hobbs admits that, in the early morning hours on July 30, 2019, she informed law enforcement at the Tallahassee Police Department (TPD) that she was her son’s lawyer after being told by TPD that only his lawyer could have access to her son during the period of interrogation and that she was a sitting circuit judge at that time,” the judge’s answer to ethics charges notes.

Notably, the incident led to those charges because the judge quickly turned herself in following the acknowledged misstep.

“She acknowledges that she should not have presented herself as her son’s lawyer and regrets her conduct,” the filing continues. “On August 1, 2019, Judge Hobbs self-reported her conduct to the Judicial Qualifications Commission.”

While copping to the lie about serving as her son’s legal representative, Hobbs denied additional allegations that she attempted to use her position in order to secure favorable treatment.

“Judge Hobbs denies that, at any time, she sought, requested or initiated action to receive preferential treatment in her attempt to visit her son at the Leon County Jail where he was being held,” the filing argues.

The JCQ also alleged that Hobbs attempted to secure unmonitored access to her son while he sat in jail over the alleged shooting of an acquaintance. She denied those charges as well.

“Judge Hobbs denies that, at anytime, she attempted to arrange unmonitored and unrecorded telephonic and/or video access to her son while he was in the Jail – only a defendant’s attorney of record is entitled to unmonitored and/or unrecorded access to his or her client at the Jail,” the filing said.

Hobbs said that she never appeared on behalf of her son in court and claimed that her initial interest was in simply visiting her son as something of a concerned parent but that she was advised against doing so by jailhouse authorities.

“Judge Hobbs followed court protocol and notified court security of the Second Judicial Circuit that she was going to exercise her right as a parent and visit her son at the Jail,” the filing went on. “Court security advised her that doing that was not a good idea in that she was on the criminal felony bench and that she had received death threats in her judicial position. However, court security was unable to make a secure arrangement.

The judge also claimed that she tried one other option before inventing herself as her son’s attorney.

“Still wanting to visit her son at the Jail, Judge Hobbs notified the Sheriff’s Office at the jail that she was going to visit her son,” the filing said. “The Sheriff’s Office responded that, due to her position as being on the criminal felony bench, security was a great concern; and that it had a pilot program in place that could be used to allow her visitation without her actually being present at the Jail.”

But those efforts reportedly failed.

“However, the Sheriff’s Office was unable to get the technology to properly function,” her answer noted.

In fact, even her fabrication didn’t yield the expected result.

“Judge Hobbs has not personally visited her son,” the answer continued. “She has been visiting with her son by telephone which is monitored.”

A slew of additional ethics charges were leveled against the jurist.

The JCQ also claimed that she failed to properly supervise her judicial assistant who allegedly helped the mother of her son’s child by “filing an injunction against the victim in her son’s pending criminal case.”

Regarding that alleged intervention on behalf of the mother of her son’s child, Judge Hobbs absolved herself of any and all culpability–noting that she was out of town at the time of the incident. She also said she later upbraided her assistant by discussing the “seriousness and inappropriateness” of her conduct.

Additionally, the judicial body claimed that Hobbs improperly took action in two other cases involving her son’s attorney and pinged her for two other instances of alleged improprieties regarding her official duties that are not directly or indirectly related to her family.

The judge claimed that most of those other allegations were simply mistakes of error and judgment.

Read the judge’s full response below:

Judge Hobbs Answer to Formal Charges by Law&Crime on Scribd