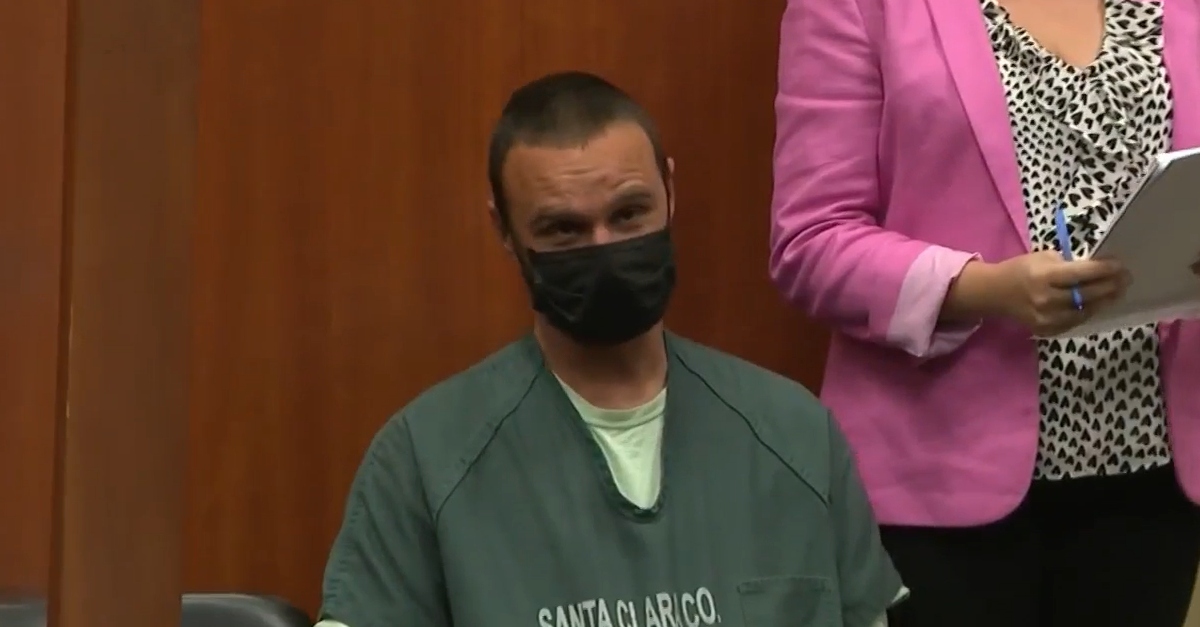 A man faces hate crime enhancements after allegedly sexually assaulting an Asian woman in San Jose, California. He is accused of yelling out “Fuck you, Asians,” during the attack.

Johan Strydom, 32, was arrested Wednesday, according to NBC Bay Area. He allegedly grabbed a 26-year-old woman by the neck at the Diridon Station, which services the Caltrain system. Strydom allegedly threw the woman to the ground, yelled “Fuck you, Asians,” tossed her side to side by her hair, and dragged her on the ground.

The woman had been on the phone with her boyfriend, who arrived with other people after about a minute and saved her.

She spoke about the incident, declining to give her last name in a KTVU story. Tiffany said she was at the train station at 6:30 a.m. that day, going to work. The defendant, who she had never seen before, grabbed her from behind.

“He was saying f-u, f-u Asian, this is completely bull,” she said. “All while he was keeping me on the ground with his grip on my hair.”

Strydom was arraigned Friday for sexual assault, and assault with intent to do boldly harm. There are hate crime enhancements.

Tiffany is Filipino. The attack happened amid reports of escalating anti-Asian hate crimes amid the COVID-19 pandemic.

UPDATE: Tiffany, who is Filipina American, took this video of Johan Strydom after he yelled “F- you Asians” and attacked her at San Jose’s Diridon station with the intent of raping her, per @SantaClaraDA 4,5,6,7 p.m. @KTVU pic.twitter.com/0o7gzSZssi

“It’s frightening to have the constant fear of walking through those tunnels, the constant feeling of me possibly getting followed and possibly attacked again,” Tiffany said in a statement read outside court by Santa Clara County Deputy District Attorney Jing-Lan Lee. “No one should have to go through what I went through.”

Strydom apparently cried in court Friday when listening to details of the alleged incident. His public defender Meghan Piano said he struggled with his mental health, made worse by him being homeless.

“It is important that both he, a mentally ill individual, and the alleged victim are treated fairly and with compassion during this process,” she said in a statement outside court Friday.