Ex-Husband Allegedly Ran Over and Killed Ex-Wife While She Was Walking on the Road After 2 A.M. 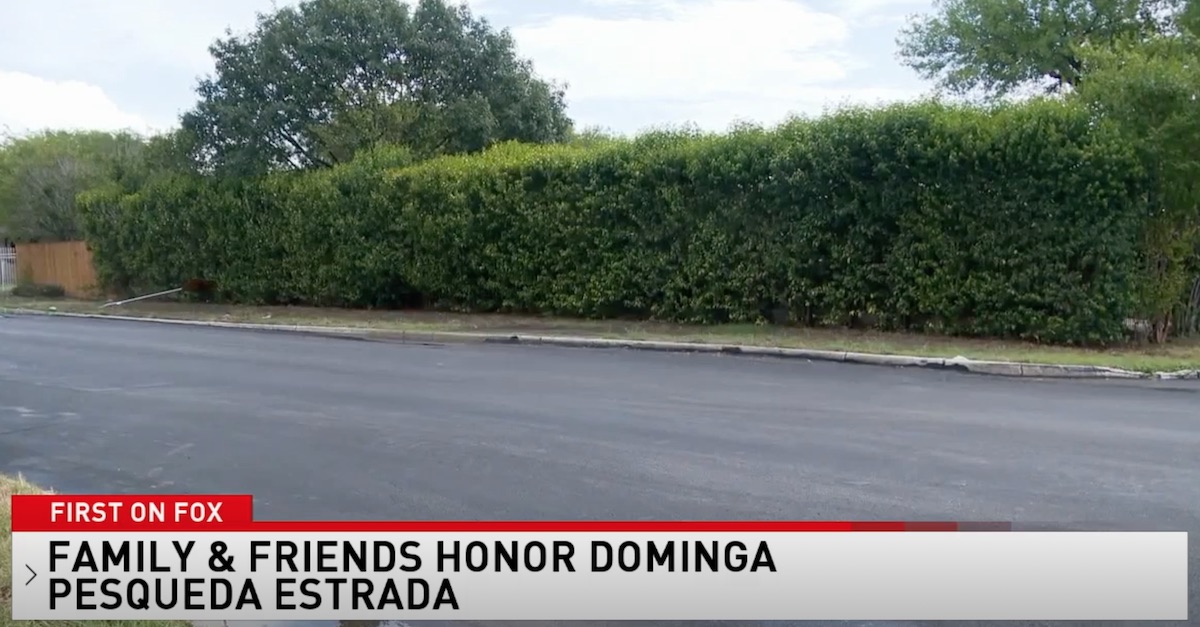 A sad and senseless turn of events caused the death of a 33-year-old woman early Saturday morning in San Antonio, Texas, leading to a murder charge against her ex-husband a short time later. Authorities allege that David James Estrada Jr., 30, ran over and killed his ex-wife Dominga Pesqueda Estrada after 2 a.m. as she walked along Spur Valley Street.

This is Dominga Pesqueda Estrada. She tragically died in early this morning after a man allegedly hit and killed her…

ABC local news affiliate KSAT reported that police responded the scene after a report of a “major accident,” which occurred around 2:30 in the morning. Authorities now say that this was no accident.

According to police, witnesses saw that a person driving a black pickup truck ran over the victim and left the scene. Cops said that Dominga Pesqueda Estrada had “multiple lacerations on her legs.” She was unresponsive on the side of the road when police got to the scene. Estrada was spotted at the scene “trying to assist her after the crash,” according to KSAT. The victim was declared dead after being taken to the hospital.

Estrada quickly became a person of interest in the case. The vehicle that witnesses said they saw hit the victim was found nearby. It was reportedly identified as the suspect’s truck. David Estrada was questioned and then arrested.

Bexar County records show that Estrada is awaiting indictment. He was booked Saturday on a murder charge.

The woman’s family has started a GoFundMe campaign to help pay for the costs of her funeral.

“We are all going through the loss of losing such a beautiful soul,” Patty Pesqueda wrote. “This was a person who lit up the room like a firecracker and her tragic death came way too soon. We are asking for any donations you can share to help lay her to rest so she can spread her angel wings and fly high with our mom and dad by her side.”