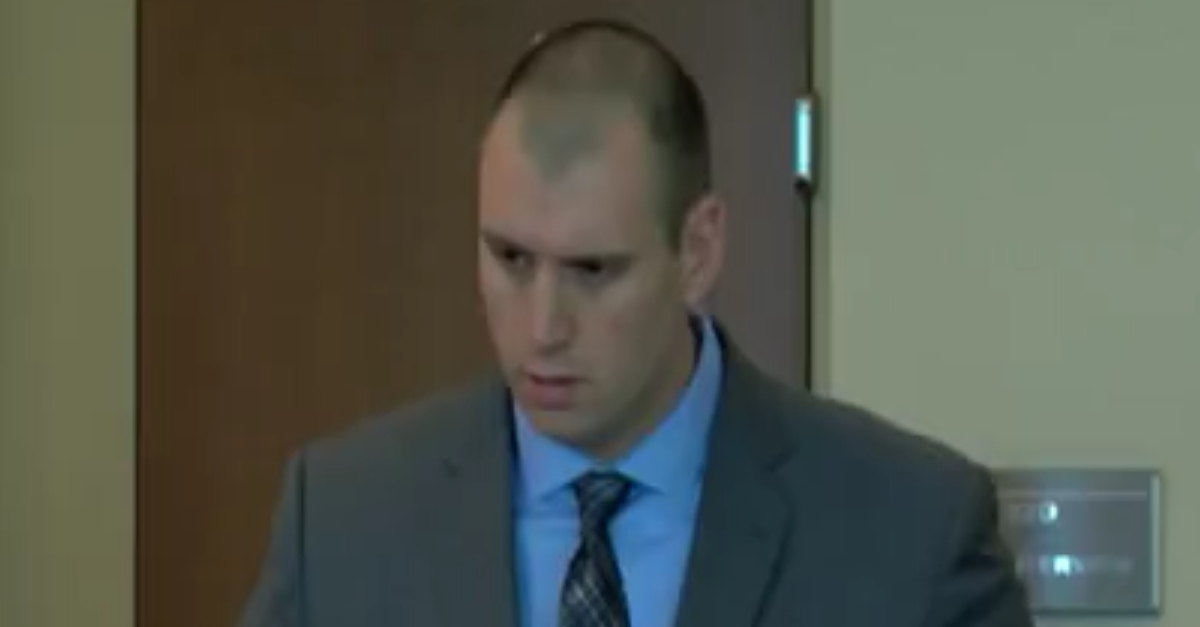 Former Punta Gorda police officer Lee Coel dodged prison time in the 2016 shooting death of retired librarian Mary Knowlton. As part of a deal with prosecutors, he pleaded no contest to second-degree manslaughter, according to The Herald-Tribune. The judge sentenced him to 10 years of probation.

“Since Aug. 9 2016, I haven’t had a single night of unmedicated sleep,” he said. “I have constant night terrors. For a year, I wouldn’t leave the house. I don’t know how I’ll ever recover from this accident. Withholding adjudication gives me a chance to start a new life and gives closure to the Knowlton family.”

Prosecutors said Coel shot and killed Knowlton during a citizens training academy session on August 9, 2016. Knowlton was picked to play a cop in a scenario, and Coel was a car burglar. The defendant was allegedly meant only to shoot while aiming down, but instead fired toward the victim. Wadcutters–bullets special designed for paper targets–came out instead of blanks, ricocheted, and fatally hit the victim.

As part of the plea deal, Coel agreed to play restitution to the victim’s husband Gary Knowlton, and to never try becoming a police officer ever again. He faced up to 15 years in prison.

At the time of the shooting, then-Punta Gorda police chief Tom Lewis was accused of failing to implement proper safety precautions. He acquitted in June 2017 in a culpable negligence case, but was fired the following August.

“We are devastated — devastated and outraged,” he told the Herald-Tribune. “The whole time since 2016 they told us they had a good case and that they would get a guilty verdict. I guess the good old boy network took over.”