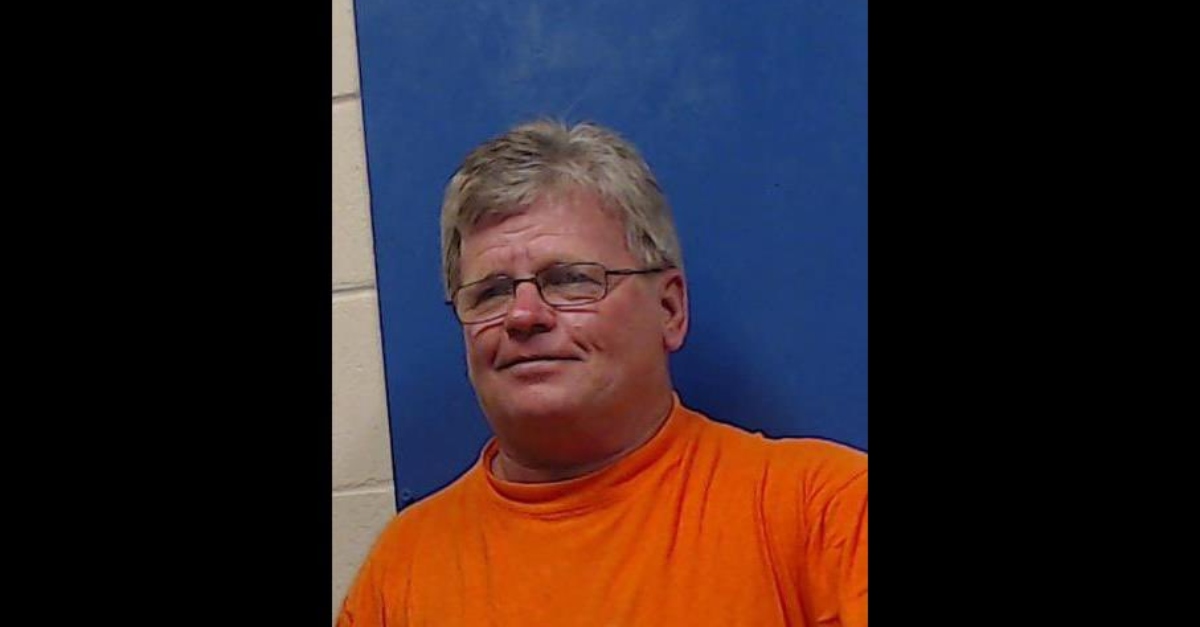 A Mississippi GOP lawmaker allegedly punched his wife in the face because she didn’t undress quickly enough for sex, said deputies in a Biloxi Sun Herald report. Douglas McLeod, 58, has been charged with misdemeanor domestic violence.

McLeod bloodied his wife’s nose, investigators said. There was blood on their bed and on the floor of their bedroom, authorities claimed. Investigators also noted that McLeod had “slurred speech,” and walked in a slow “zigzag pattern.” Deputies said he was so intoxicated that he had to balance himself on a hand rail.

According to the arrest report, his wife told deputies that he was drunk and “snapped.” He often did that when inebriated, she said. A witness corroborated the assault allegation. She said that the victim ran bloodied up to her room. The woman claimed to have shut the door, and locked it. McLeod allegedly banged on the door, ordered them to open up, or he would “kill her [censored] dog.”

Fellow lawmakers are gearing to leverage him out of office. Here’s a tweet from State Sen. David Blount, a Democrat:

Local Republicans say they want McLeod’s resignation if the allegations are true.

“I have attempted to contact Rep. McLeod to request his resignation, if in fact, these allegations are true,” House Speaker Philip Gunn said in a statement obtained by The Mississippi Clarion Ledger. “These actions are unacceptable for anyone.”

Lucien Smith, chairman of the MSGOP, had a similar demand: McLeod must go if the allegations are true.

“Violence in any relationship is unacceptable, and I condemn this conduct in the strongest possible terms,” he said.

Other people on Twitter remarked bitterly on the combination of the domestic violence allegation, and McLeod’s history clamping down on abortion rights.

Mississippi legislator Doug McLeod (R) was arrested for allegedly punching his wife in the face because she didn’t strip fast enough when he demanded sex. He also sponsored a draconian bill banning abortion. Totally coincidental, I’m sure. https://t.co/XfImoiXXaM

McLeod posted a $1,000 bond to leave George County Jail. He did not immediately respond to a Law&Crime request for comment.