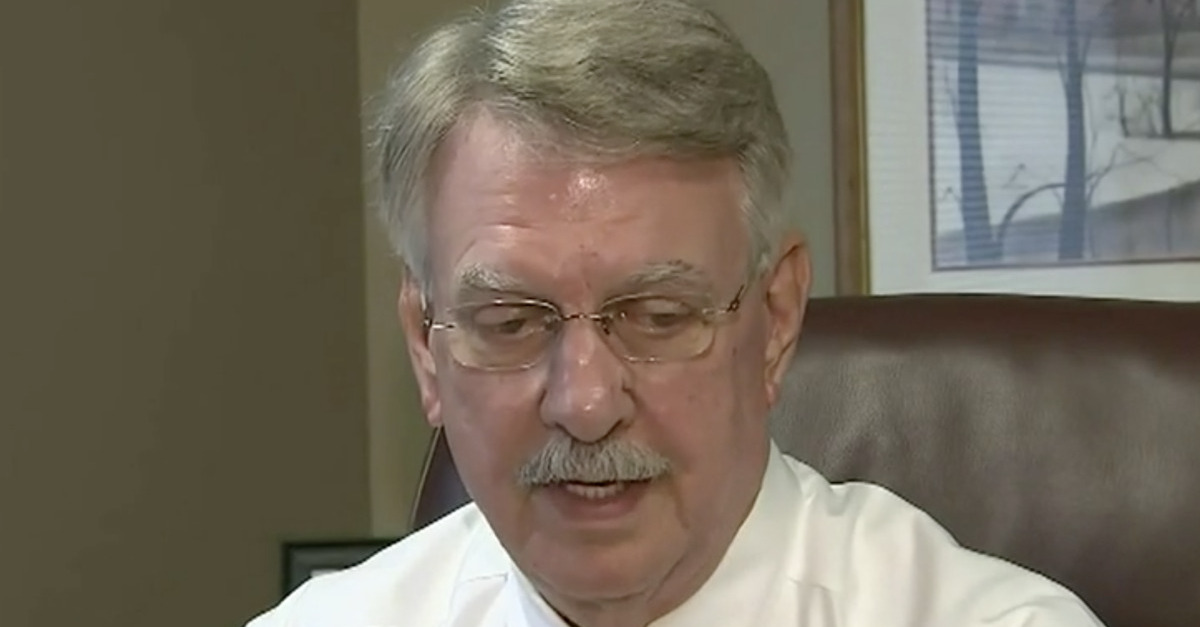 Georgia Attorney General Chris Carr announced charges Wednesday against Paulding County District Attorney Donald Richard “Dick” Donovan for his actions in an ongoing sex, bribery, and corruption scandal. The criminal case against Donovan is the latest chapter in what has become quite the legal saga, winding its way through civil court, public settlement, and finally, to criminal prosecution.

Donovan, 73, is Paulding County’s first elected District Attorney, taking office in 2010 and winning reelection in 2014 and 2018. In 2019, Jamie White, one of Donovan’s employees, filed a sexual harassment complaint against him. White alleged that Donovan made persistent unwanted sexual advances against her, gave her gifts, sent suggestive texts, wrote a fantasy novel about her, and frequently professed his love. White said she lived in constant fear of Donovan, who held the future of her legal career in his hands.

Donovan publicly denied White’s allegations, even making a 93-page statement under oath denying that he had done anything wrong. White, however, produced audio recordings and other evidence that proved Donovan’s statement had been untruthful. On one recording, Donovan told White,  “I don’t mind telling you everything still works, and I am not out of practice. I can’t think of any experience I would relish or cherish more than to make love to you […].”

The matter led to a major independent investigation that concluded Donovan had lied and had, indeed, made numerous unwanted advances toward White; Paulding County then entered into a $300,000 taxpayer-funded settlement of the case.

According to the indictment, Donovan’s advances toward White weren’t limited to notes and gifts. Rather, it alleges that Donovan dropped charges in one of his office’s cases as a bribe to induce a prosecutor in a nearby county to drop pending shoplifting charges against White.

Relevant portions of the indictment are viewable below, which explain that Donovan dropped the charges in Paulding County against defendant Alex Harrell, who was represented by criminal defense attorney Stefanie Burford. As is common at the municipal level, Burford is both a private defense lawyer and a municipal prosecutor in the nearby city of Cedartown. Burford had been prosecuting shoplifting charges against Jamie White in Cedartown. Donovan dropped the charges against Harrell in an effort to have Burford drop charges against White — a quid pro quo underlying the bribery charges in Donovan’s indictment.

God I hate the way Georgia indictments are written. Donovan swapped dismissals with a municipal court prosecutor–one for her client in exchange for one for an employee he was trying to sleep with. pic.twitter.com/6lSBzZyOy3

We appreciate the Paulding County Grand Jury for their careful consideration of this case. District attorneys work for the people and swear an oath to faithfully and impartially discharge their duties. It is our duty to hold public officials who violate their oath accountable, and we look forward to presenting our case in court.

If Donovan is convicted, his penalties could be significant. Bribery carries a potential sentence of 1-20 years, false swearing and violation of oath of office each carry sentences up to five years.

Under Georgia law, Donovan may only be removed from office after impeachment by the Georgia legislature or after removal by the Governor.