An attorney for a defendant identified his client during a bond hearing on Thursday as a “high level” executive for Uber. The defendant is Abriham Ganesh Khune, 47, and records show he is charged with aggravated child abuse.

Khune allegedly subjected his daughters to long-term torment, even going as far to tell one, “I wish you would have died the day you were born,” and the other to “die while you’re sleeping.”

As indicated in a probable cause statement obtained by Law&Crime, the context for this is that Khune’s wife lived with their two children in Plantation, Florida. The defendant stayed in California until Aug. 2020 when he got a driver’s license for the Sunshine State. During the period in which they lived separately, Khune allegedly visited his daughters in Jan. 2019. He got mad at one of the girls–identified as Child 1–“over personal matters that continued to escalate during the visit.” The defendant is accused of throwing a metal and plastic chair at her, striking her in the neck and back. In another moment, he allegedly stabbed her with a pencil because he did not like how she was working; the graphite broke into her palm.

Officials said that a judge ordered on September 20, 2019 an appointment for the girls to speak to a therapist. In this account, the children detailed a significant pattern of physical abuse, including Khune slamming one girl against a wall, or throwing books at another. One of the girls–Child 2–claimed he would even abandon her at tournaments, and she would have to call her mother using the phone of a coach or others. The Plantation Police Department probable cause affidavit said this happened several times in multiple jurisdictions, but not their city. Nonetheless, they cited this as an example of the defendant’s alleged pattern of behavior. 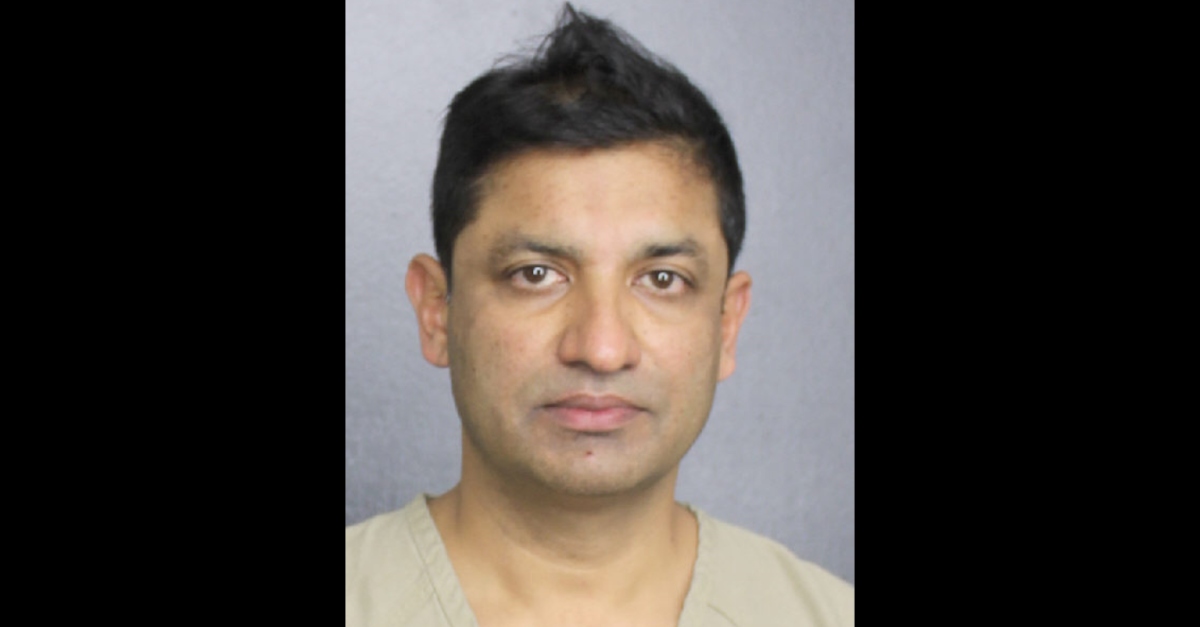 Khune’s stated employment with Uber is relevant for the purposes of bond. He was described as quite well off, with Assistant State Attorney Taylor Hoffmann pushing for an amount of $750,000. The prosecutor suggested the defendant was a flight risk because he had ties to California and family ties to India, and she said the daughter and their mother were fearful for their safety.

“The defendant previously told the mother that if this was reported to the police, he would kill her,” Hoffmann said. She identified the children as 11 and 16 years old.

Defense lawyer Steven Pesso argued for a lower bond, pushed against house arrest as a condition of release, and tried to throw cold water on the concern that Khune is a flight risk, saying his client was “responsible.” He did not endear himself with Judge Corey Amanda Cawthon, who took him to task for saying it was going to be a “fun deposition” in questioning the mother. Pesso apologized.

That said, the lawyer outlined a defense, suggesting that the statements against his client may have been coached, and that there may be parental alienation by the mother. He also suggested the claims could be suspect because of a “delay” in reporting the allegations.

Bond was set at $500,000, with Cawthon citing Khune’s ties to another country. There was a no-contact order stopping him from reaching the mother and the children. He is subject to GPS monitoring. It is not house arrest, but he must abide by a schedule.

“We are investigating the matter,” Uber spokesperson Lois Van Der Laan told Law&Crime in an email.

Khune remains at the Broward County jail as of Thursday afternoon.