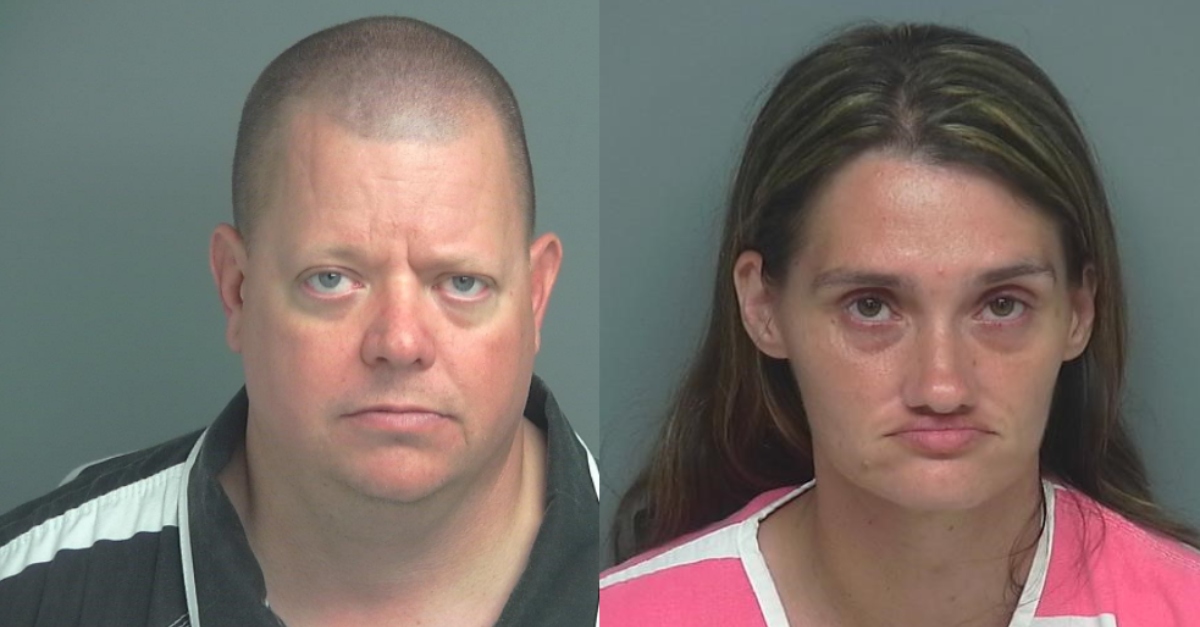 Prosecutors in Montgomery County, Texas announced the second and final sentence in a ghastly child abuse case. A man and his co-defendant girlfriend had admitted to being responsible for the horrifying mistreatment of the woman’s 12-year-old son.

Troy Hall, 45, pleaded guilty and was sentenced to 45 years in prison, authorities announced on Wednesday. The victim’s mother, Angela Cassidy, 35, was previously sentenced to 40 years behind bars on Sept. 4. She pleaded guilty in July without reaching a plea agreement in the case. The punishment could have been way stiffer. They were both charged with first-degree felony offense of injury to a child, which carried at least 5 years in prison, and a maximum penalty of life.

Authorities said that Cassidy’s son fled their RV trailer on May 15, 2019. He reached a neighbor’s home, and described a slew of abusive actions by Hall. The child said the adult man choked him, tied him up, beat him using paint sticks, forced him to wear diapers, handcuffed him, and refused to feed him, authorities said. Prosecutors said that the boy weighed just 50 pounds, wore a diaper taped to him with packing tape, and had a bandage over a “large wound on his wrist.” The neighbor helped, giving him food and calling 911.

The 12-year-old was treated at a hospital for malnutrition and prosecutors said he began to put on some weight. He’s free now. His mother is not.

Montgomery County sheriff’s detectives said there was evidence Cassidy lied to doctors to conceal the abuse, and did not tell anyone about it despite “numerous opportunities.” She had not enrolled the child in school for two years, authorities said. Prosecutors minced no words, saying she “allowed him to endure this torture and abuse behind closed doors.”

Defendants will be eligible for parole after they have served half of their sentences.

Cassidy remains guilty under the law, but online records show that she has filed an appeal. She had written three pro se letters in the months before her July 13 guilty plea. Another letter followed on August 10, and yet another on September 10, six days after the sentencing.

The most recent action in the case was a pro se motion dated October 13. Cassidy does have a court appointed lawyer named in the records.

Attorney James D. Jones told Law&Crime in an email that he was assigned to Cassidy’s case and visited her last week. He said that he was reviewing the information provided by the District Attorney. Jones said that it appeared to him from the report he read that these were people in “desperate need of help with the kids and monetary aid for the children.”