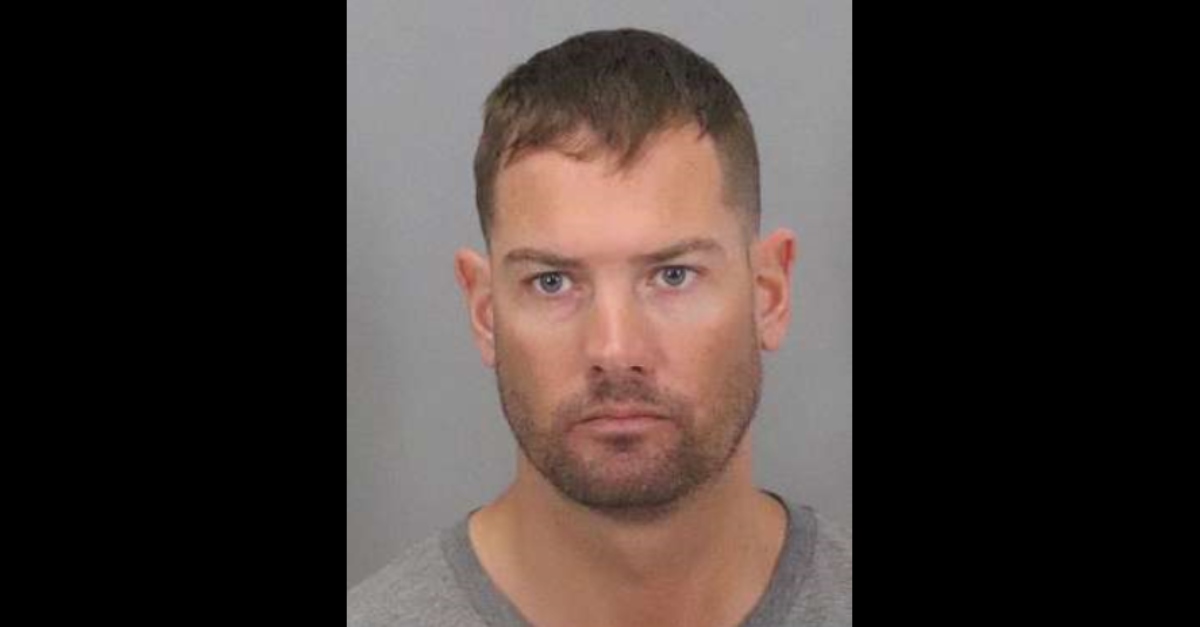 A cop from San Mateo, California was arrested for allegedly seeking sex with a 16-year-old girl who turned out to be an adult man. Robert Edward Davies, 40, faces a count of contacting a minor to commit a felony, according to the San Jose Police Department.

Cops said a tipster contacted local Crime Stoppers on May 11. He claimed to have posed as a teen girl online and spoken with a man about engaging in sexual activity.

San Jose police looked into it. The suspect was actually a cop, too, they said. Investigators spoke with the tipster. He said he started a Tinder account, posed as a girl, and pretended to be 19 since the website didn’t allow juveniles to have accounts.

Anyway, the unidentified tipster began speaking with Davies, according to police. Eventually, the two took their communication to the instant messaging app Kik, where the tipster claimed to actually be 16, cops said. Davies allegedly didn’t balk at this. He asked “her” to speak on Snapchat, where they talked about illicit sexual activity, cops said.

Police said they were able to execute search warrants on electronic devices, mobile apps, and the officer’s home.

By the way, the tipster stepped forward and identified himself as a 20-year-old man named Ethan. He didn’t give NBC Bay Area his last name, saying he was worried about retaliation. He said that he used Snapchat’s gender-swap filter to pose as a girl named “Esther.”

Ethan reportedly told cops he did this because a female friend of his was molested as a child.

“I was just looking to get someone,” he said. “He just happened to be a cop.”

“This alleged conduct, if true, is in no way a reflection of all that we stand for as a Department, and is an affront to the tenets of our department and our profession as a whole,” San Mateo police Chief Susan Manheimer said in a statement obtained by NBC.

A court clerk told Law&Crime that Davies has no attorney of record. He is scheduled for an arraignment to take place July 8.