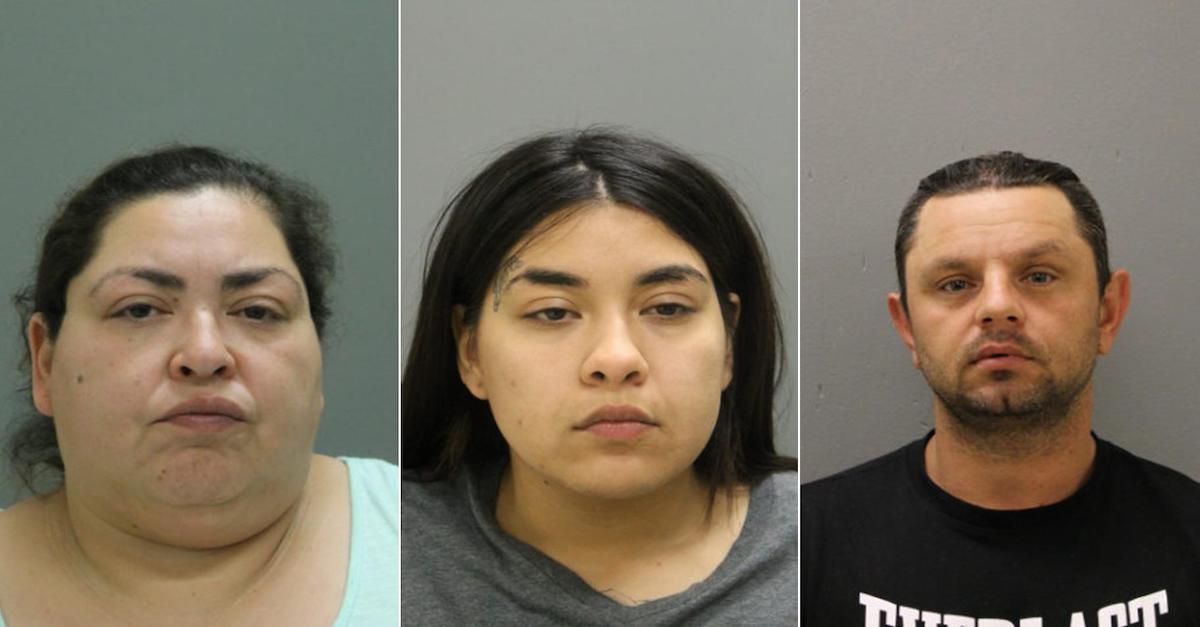 Two women have been charged with murder in connection to the grisly killing of a woman who in Chicago.

Clarisa Figueroa, 46, who lost her son in 2017, is accused along with her daughter of strangling 19-year-old Marlen Ochoa-Uriostegui to death, in order to rip her unborn baby from her womb. She was nine months pregnant.

Chicago police superintendent Eddie Johnson said at a press conference “let’s look at what the crime was” when asked for a motive. He added, “only they can know that. We can only assume [they wanted to] raise the child as their own.”

“Words can really not fully express how disgusting and thoroughly disturbing these allegations are,” Johnson said.

Figueroa and her daughter, Desiree Figueroa, 24, were each charged with first-degree murder and felony aggravated battery to a child less than 13 years old causing permanent disability. Clarisa’s boyfriend, Piotr Bobak, 40, was charged with concealment of a homicide. Police said that the coaxial cable that was used to strangle Ochoa-Uriostegui was found next to her body in a garbage can in Figueroa’s backyard.

Ochoa-Uriostegui was lured on Facebook by a woman who was offering baby clothes, a spokeswoman for the victim’s family said.

“She was giving clothes away, supposedly under the pretense that her daughters had been given clothes and they had all these extra boy clothes,” she said.

Marlen Ochoa Lopez, 9 months pregnant, went missing after meeting a lady to exchange baby items after asking for help on a Facebook group..

1st picture is of her abductor, Clarissa Figueroa
2nd is 19 yr old Marlen Ochoa Lopez and the comments they exchanged. pic.twitter.com/nal1JLYYOh

Images our now circulating of the Facebook interaction before the killing. 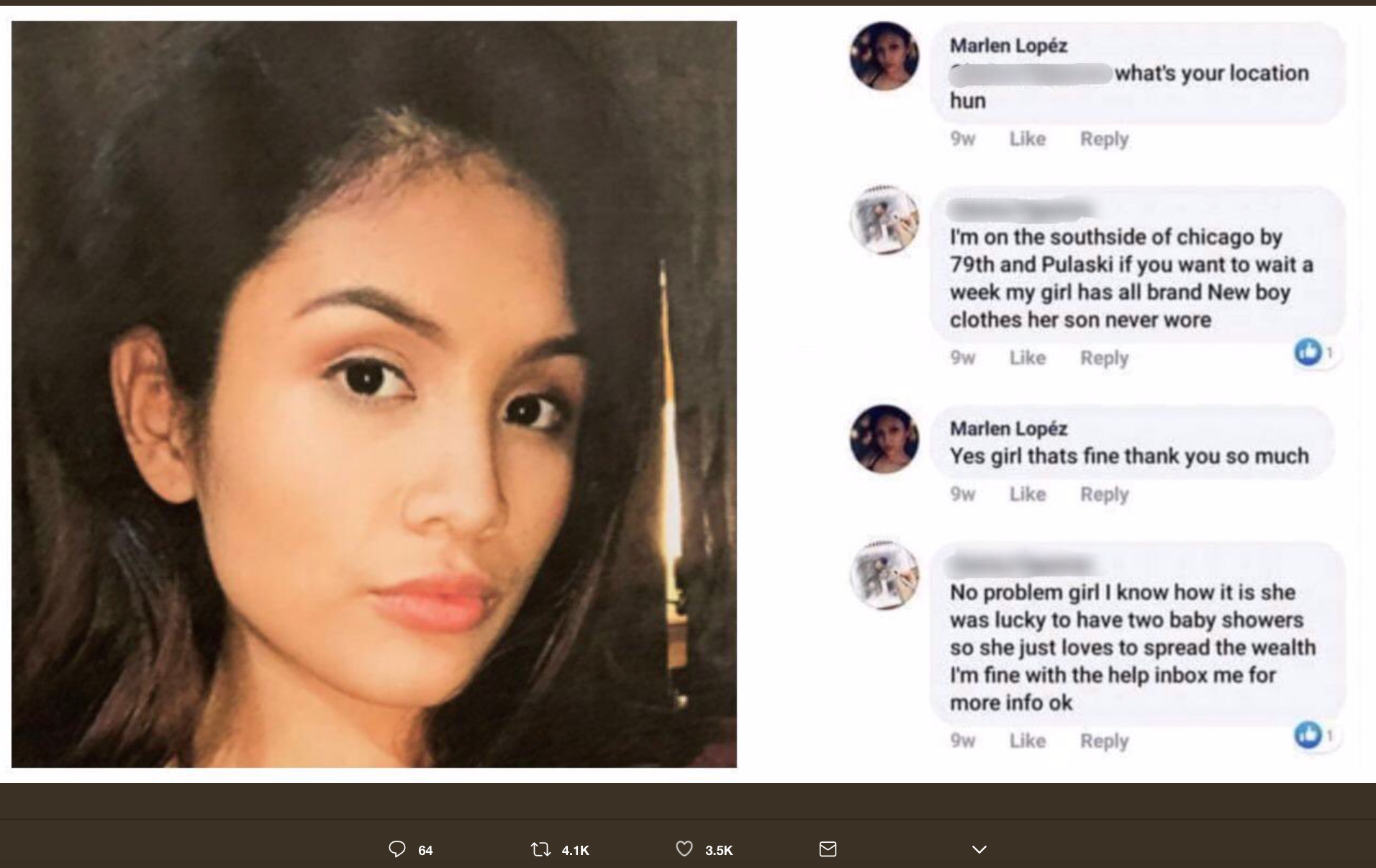 It was reported that the day that Ochoa-Uriostegui disappeared, a 46-year-old woman called 911, said that she had just given birth, and said that her baby was not breathing. Later, an anonymous tip lead the police to check the DNA of the baby. Police discovered that the child was Ochoa-Uriostegui’s.