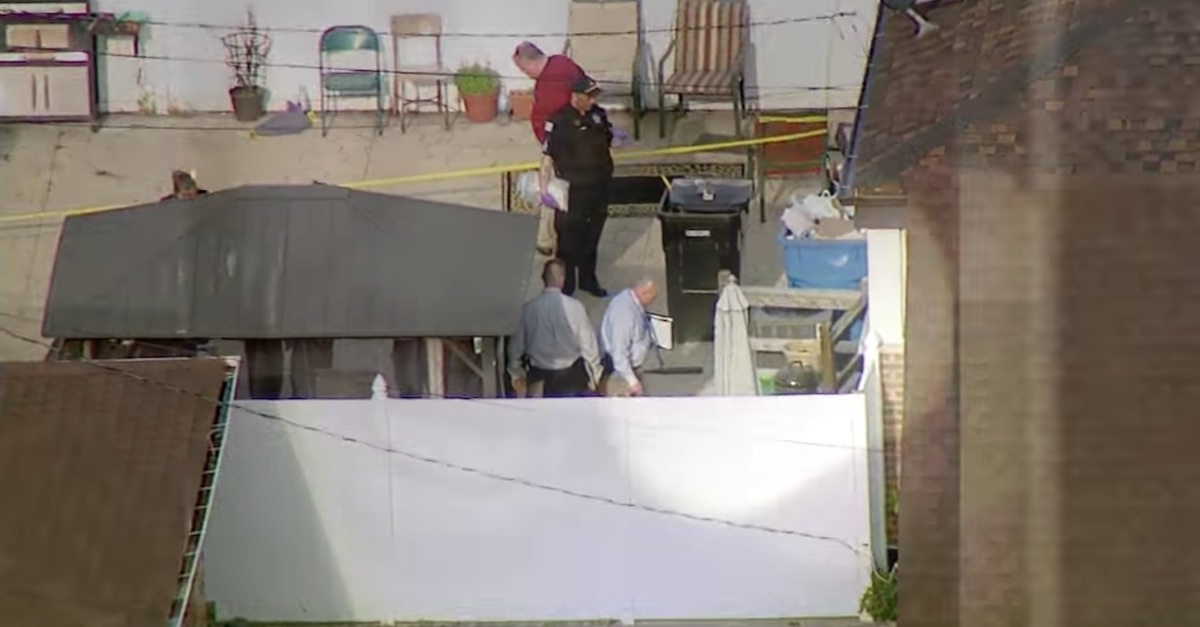 A missing 19-year-old pregnant woman was found dead early Wednesday morning, and Chicago police believe that her unborn child was “forcibly removed” from her womb after she was strangled to death. The victim, Marlen Ochoa-Uriostegui, was last seen on April 23 leaving her high school.

Police discovered Ochoa-Uriostegui’s body on May 15 in a garbage can in the backyard. Police said that three people have been taken into custody and charges are expected to be filed later Thursday, according to the Associated Press. The baby survived, but is in “grave” condition.

Cecelia Garcia, a spokeswoman for the victim’s family, said that Ochoa-Uriostegui was lured on Facebook by a woman who was offering baby clothes.

“She was giving clothes away, supposedly under the pretense that her daughters had been given clothes and they had all these extra boy clothes,” she said.

The same day that Ochoa-Uriostegui disappeared, a 46-year-old woman reportedly called 911, said that she had just given birth, and said that her baby was not breathing. Later, an anonymous tip lead the police to check the DNA of the baby. Police found that the child was Ochoa-Uriostegui’s.

Another family spokesperson told the Chicago-Sun Times that “it does not look good for the baby, but they are praying and hopeful.”

Yiovanni Lopez told reporters that this ordeal has been painful.

“We’re gonna have justice with those responsible,” he said. “We’re gonna go hard after them. We won’t let it go.”