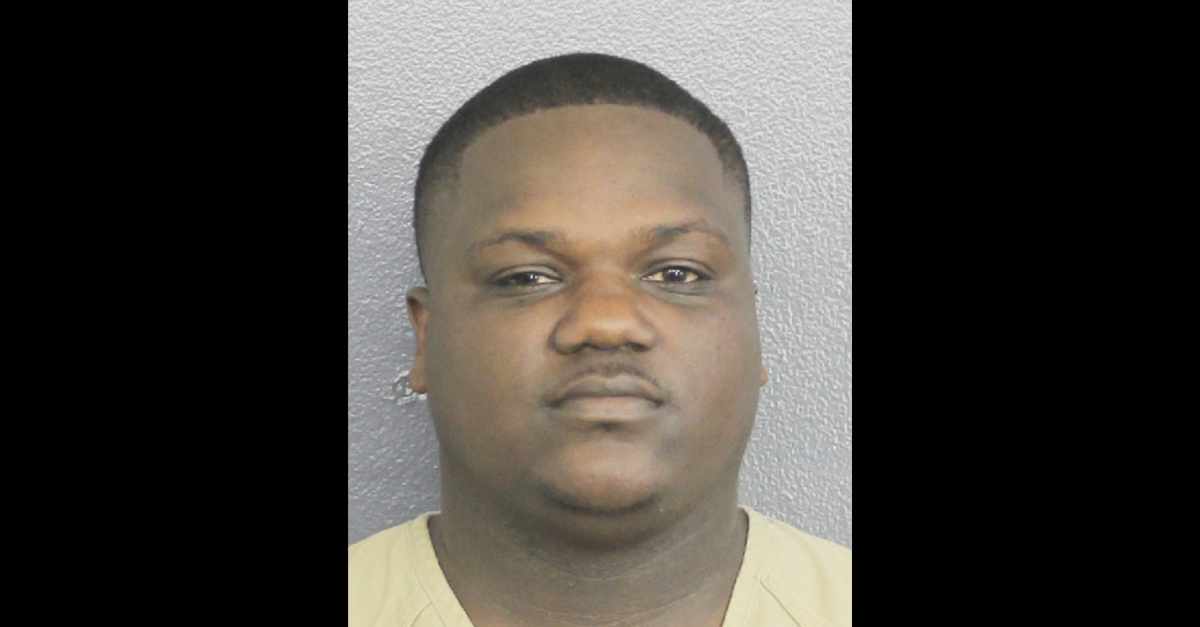 Good news for Florida man Chauncy Devonte Lump. Broward County prosecutors dropped their bomb threat case against him. They said he was just complaining about Donald Trump. Authorities said his online footage looked like nothing more than “a rant by an idiot” than someone wanting to hurt the president, according to a memo obtained by The South Florida Sentinel.

The defendant spent 32 days behind bars for a charge of filing a false bomb report. Lump pleaded not guilty in the case last month, records show. Authorities said he streamed a Facebook Live video after a U.S. airstrike killed Iranian general Qassem Soleimani. Footage showed Lump with a “towel on his head in the style of a turban,” white makeup, and “Middle Eastern sounding music” in the background,” Broward County deputies said in an affidavit obtained by Law&Crime.

“Please tell me where is Donald Trump,” Lump said, according to authorities. “I need to find the Donald and if I don’t find him, then I have to blow up Broward County.” He allegedly claimed to have an AK-47, and he brandished a loaded magazine.

Investigators said he threatened to blow up parts of the county, and that he implied that he wanted to hurt or kill Trump.

When authorities tracked him down, Lump allegedly said it was just a joke.

The defendant and his attorney said that authorities mischaracterized what happened. Lawyer Lance Garrett criticized authorities for bringing the case in the first place, saying that it was a obviously “tongue-in-cheek” video, and it was clear that no crime was committed. He said his client didn’t deserve to stay over a month in jail.