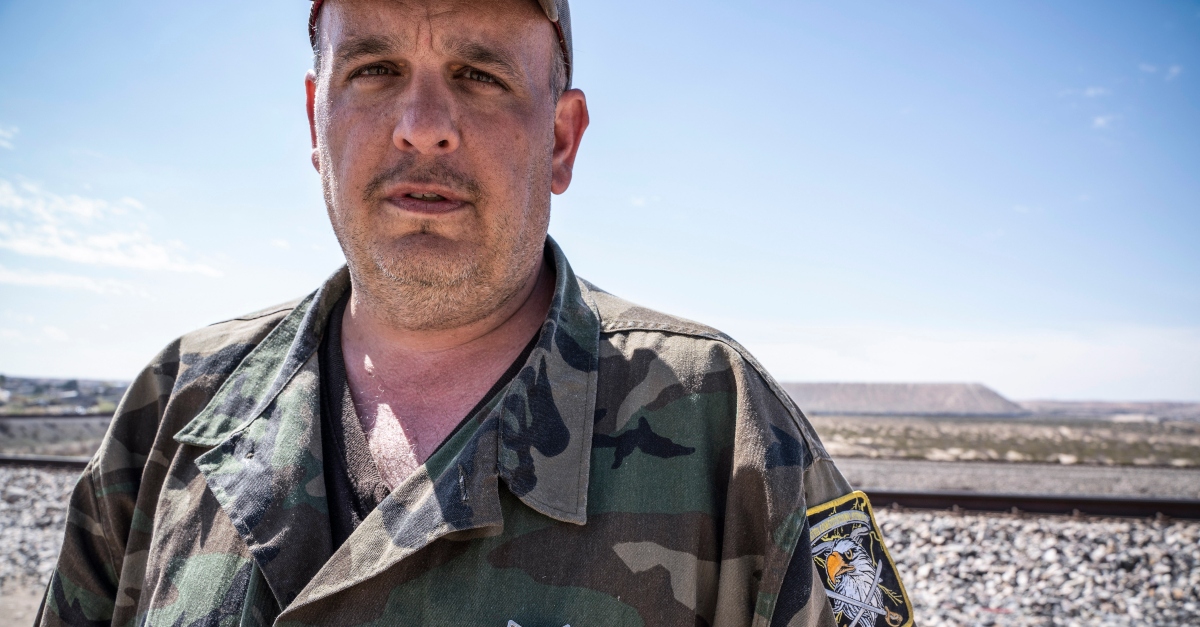 The spokesman for an infamous border militia now faces a fraud charge for allegedly using a child’s cancer diagnosis to make money. Court records in Logan County, Oklahoma show that Jim Benvie, 43, faces a misdemeanor count of attempting to obtain money by false pretenses, on top an existing felony charge of possession of a stolen vehicle.

Benvie’s alleged activity was previously reported by The Daily Beast and CBS 4 Local back in May, but there were no fraud charges at the time. He was allegedly collecting money, ostensibly on behalf of 11-year-old Ryan Cremeens, a child suffering from cancer. Instead, he was taking to cash for himself, authorities said.

The boy’s father, 47-year-old Eric Cremeens, credited the Daily Beast‘s reporting for re-motivating him to keep pushing. He said he contacted the police chief, who sent his inquiry to the district attorney’s office.

He claimed that Benvie had taken his scam nationwide.

“I’ve chased him from Georgia to Tennessee and now Texas, Oklahoma, running this scam,” he told the outlet. “The only thing he’s ever done is threaten to sue me when we exposed who he was and what he was doing.”

There was a court hearing on Friday regarding the case. The new charge was added on June 4.

Benvie did not immediately respond to a Law&Crime request for comment. He’s best known as a spokesman for Guardian Patriots, the armed civilian group formerly named United Constitutional Patriots. They’ve been hanging around the U.S.-Mexico border and filming themselves harassing migrants. The group changed its name after getting kicked off of GoFundMe and PayPal.

They’ve said that they’re just trying to help Border Patrol, and are only armed for self-defense, but the agency said they don’t condone the group’s actions.

“Interference by civilians in law enforcement matters could have public safety and legal consequences for all parties involved,” an official told the Daily Beast.