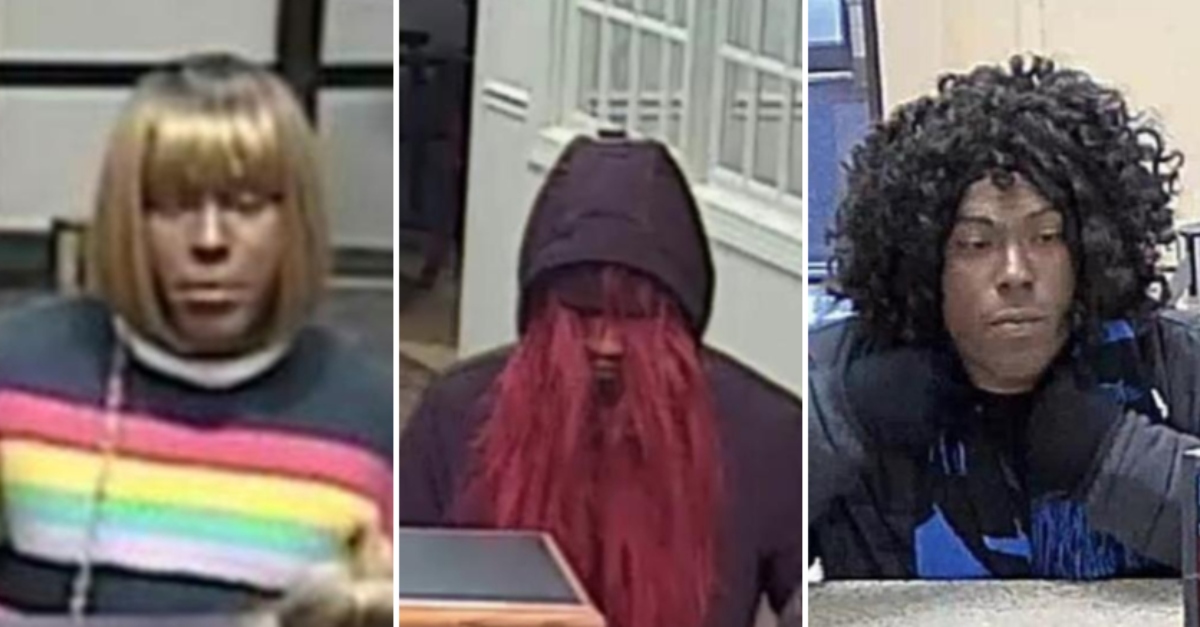 Have you seen this fabulously coiffed individual? The Federal Bureau of Investigation in Charlotte, North Carolina say a bank robber targeted these locations in the region in December and January. They’ve dubbed this suspect the “Bad Wig Bandit.” Now they need your help in solving the case.

The “Bad Wig Bandit” was apparently pretty busy on Wednesday. The FBI says there were two robberies that day.

The FBI describes the “Bad Wig Bandit” as a black man, with a medium build, in his 20s or 30s.

Officials ask that anyone with tips contact their local FBI office, the nearest American Embassy or Consulate, or go to tips.fbi.gov.

Help us identify the “Bad Wig Bandit.” He is believed to have robbed three banks in the past three weeks. The #FBI is assisting the @HPDNC @GPDNC and #BelmontPolice. pic.twitter.com/eKS01XMN78

[Images via Federal Bureau of Investigation]