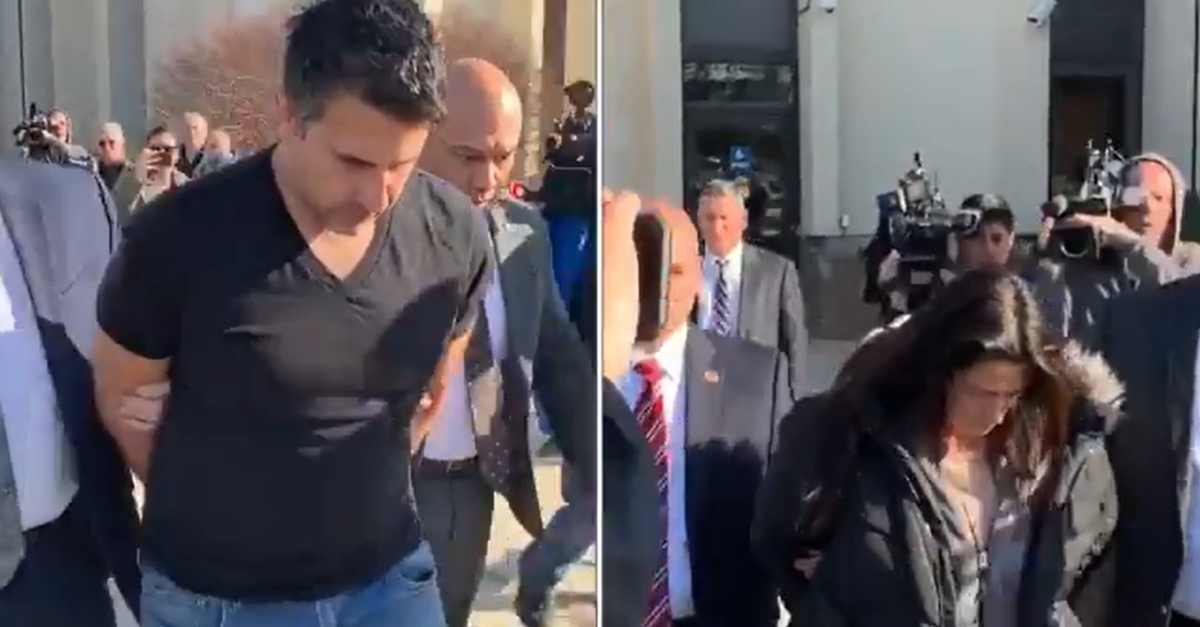 An 8-year-old boy is dead in Suffolk County, New York, and authorities blame his NYPD officer father Michael Valva, 40, and that defendant’s fiancée Angelina Pollina, 42. The adults are charged with second-degree murder, according to NBC News.

“The medical examiner has ruled it a homicide with a major contributing factor of hypothermia,” Hart said. “We believe certainly that Thomas was kept in the garage overnight preceding his death.”

Michael Valva allegedly tried passing it off as an accident: in this story, Thomas fell while he attempted to catch up to a school bus. Cops didn’t buy the story. The victim’s head and facial injuries were inconsistent with the defendant’s version of events, Hart said.

At the time of the murder, Michael Valva had custody of three sons–ages 6 to 10. Pollina had three daughters: a 6-year-old, and 11-year-old twin girls.

Hart said police are investigating abuse in the family, and they already found video showing Valva’s other sons starved and exposed to freezing temperatures. In other words, Thomas’s death allegedly wasn’t the result of a one-off incident.

She said Thomas had a mild form of autism.

.@fox5ny @SCPDHq say #NYPD officer Michael Valva left his 8-yo son in a freezing garage overnight. His fiancé is also under arrest, both are charged with murder pic.twitter.com/HMDntBop35

The NYPD says that Michael Valva, a transit officer, is suspended without pay, according to NBC New York. After Thomas’s death, there was a GoFundMe started in Thomas’s name. The organizer was reportedly self-identified as a “Michael Gerard.” NYPD records had the elder Valva’s name as “Michael G. Valva.”

It’s unclear if the defendants have attorneys in this matter, but Valva previously released a statement through an attorney.

“As with any tragedy, our office and Mr. Valva are shocked and saddened to learn of the horrible accident that took the life of young Thomas Valva,” said the statement, according to CBS New York. “We mourn his death with family and friends. Since Thomas’ parents are in a divorce we are unable to make any further comments at this time.”