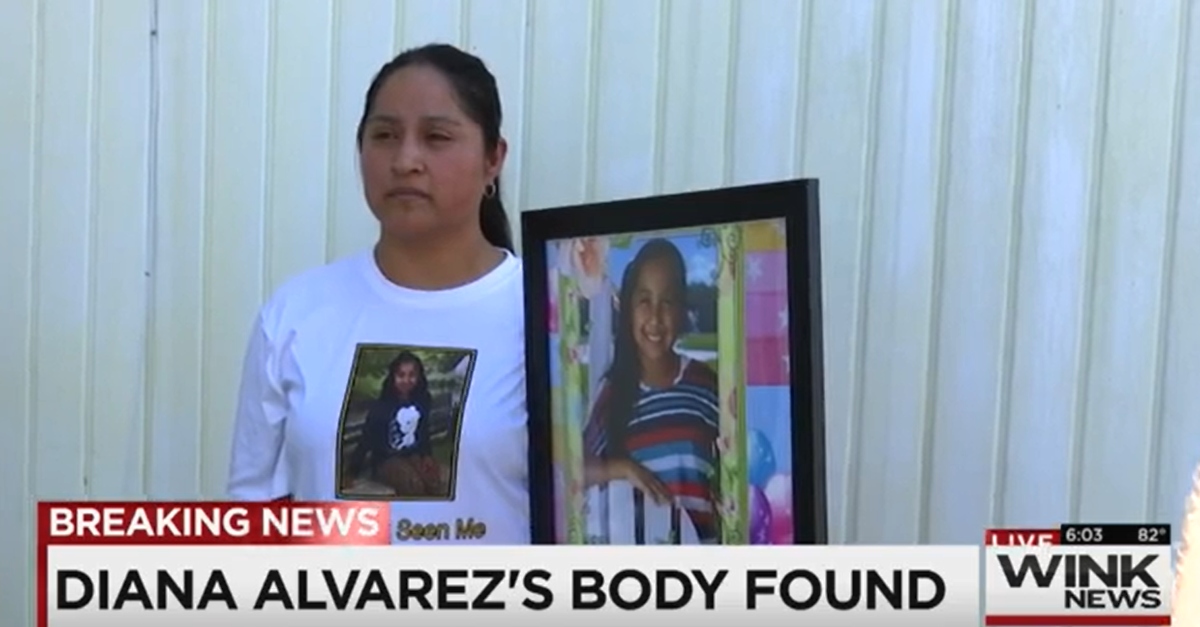 Diana is in Heaven and with God, her mother Rita Hernandez told WINK.

It’s a given that prosecutors have harder times winning guilty verdicts in murder cases without a body, but authorities were already willing to move forward with a murder case against Guerrero-Torres.

Obviously, the discovery of Alvarez’s body makes all of this a moot point, but it’s worth mentioning this. After all, prosecutors were already arguing that they could prove guilt. The new development will transform the case, one way or another.

In an unrelated case, Florida man Luis Toledo was convicted in 2017 for the triple murder of his wife Yessenia Suarez, and her children, 8-year-old Michael Otto and 9-year-old Thalia Otto. To this day, the victims haven’t been found, but Volusia County authorities went ahead and won a conviction anyway.

The attorney of record for Guerrero-Torres didn’t immediately respond to a Law&Crime request for comment. The defendant pleaded not guilty to a count each of first-degree murder, kidnapping, and lewd or lascivious molestation.

Diana Alvarez went missing from her home in May 2016, Carmine said.  Detectives Guerrero-Torres identified as a suspect, and found evidence he possessed child pornography. That case is said and done: The defendant was sentenced in 2017 to 40 years in prison. He is awaiting trial in the murder case. Prosecutors are seeking the death penalty, records show. A case management conference was scheduled for Monday afternoon.